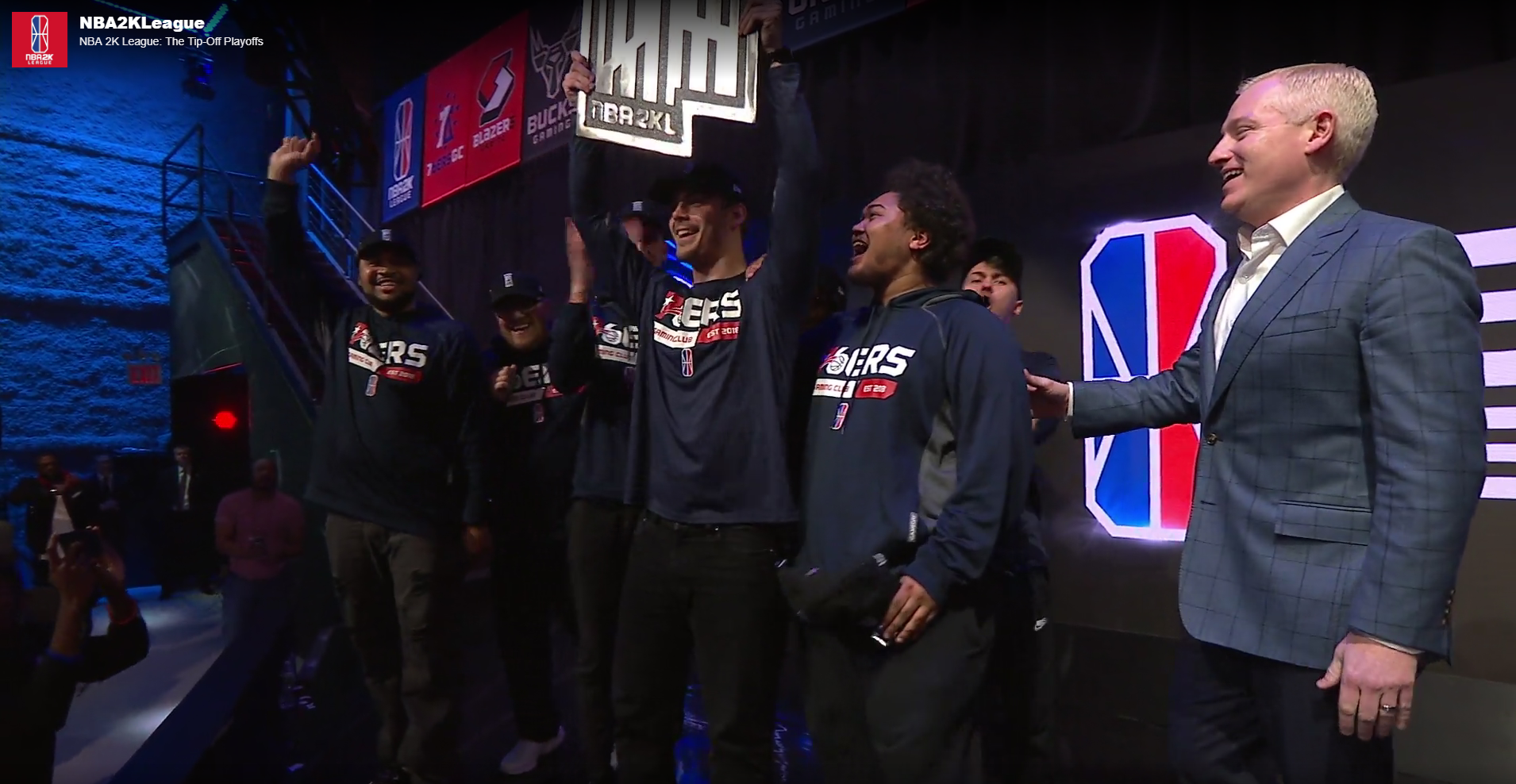 A week of exciting matchups ended with the 76ers and Blazer5 Gaming in the final. The two teams showed this week that they were the best teams in the league, at least at the start of the season.

The 76ers really started to shine in the knockout round. Most of the matchups were close except the ones featuring the team representing Philadelphia. They beat Mavs Gaming by 26 in the quarterfinals, overcame Pistons Gaming Team by 18 in the semifinals, and outscored Blazer5 by 20 in the final.

The 76ers used a balanced scoring approach and perimeter shooting, both unique in the current 2K meta. Most teams rely on one star who can finish in the paint, the example being Cavs Gaming’s Brandon “Hood” Caicedo, a point forward who made scoring 40 points look easy.

The 76ers were led by star guard Ethan “ITZ_Radiant” White. Radiant led his team with 14 assists in the final and all five 76ers hit threes as the team shot a collective nine for 17 from deep.

That was simply too much firepower for Blazer5 to handle. Despite being only the 14th pick in the draft (out of 17 total first-round picks), Radiant showed that he could combine strong play with on-court leadership to send his team home with the trophy, and $35,000 in prize winnings.

The atmosphere inside the cozy Intel arena in New York was buzzing as the 76ers left no doubt in the final. While this was a strong start to the first-of-its-kind league, NBA 2K still has a long ways to go before its considered a major esports league. Viewership hovered just under 10,000 on the Twitch channel for most of the group stage, but fell to just under 6,000 for most of Saturday’s playoffs. That means a lot of growth will have to happen for 2K to draw the same numbers that leading titles like League of Legends and CS:GO get.

Now that the first 2K League tournament is in the books, we’ll turn our attention to the regular season, which starts on May 11.