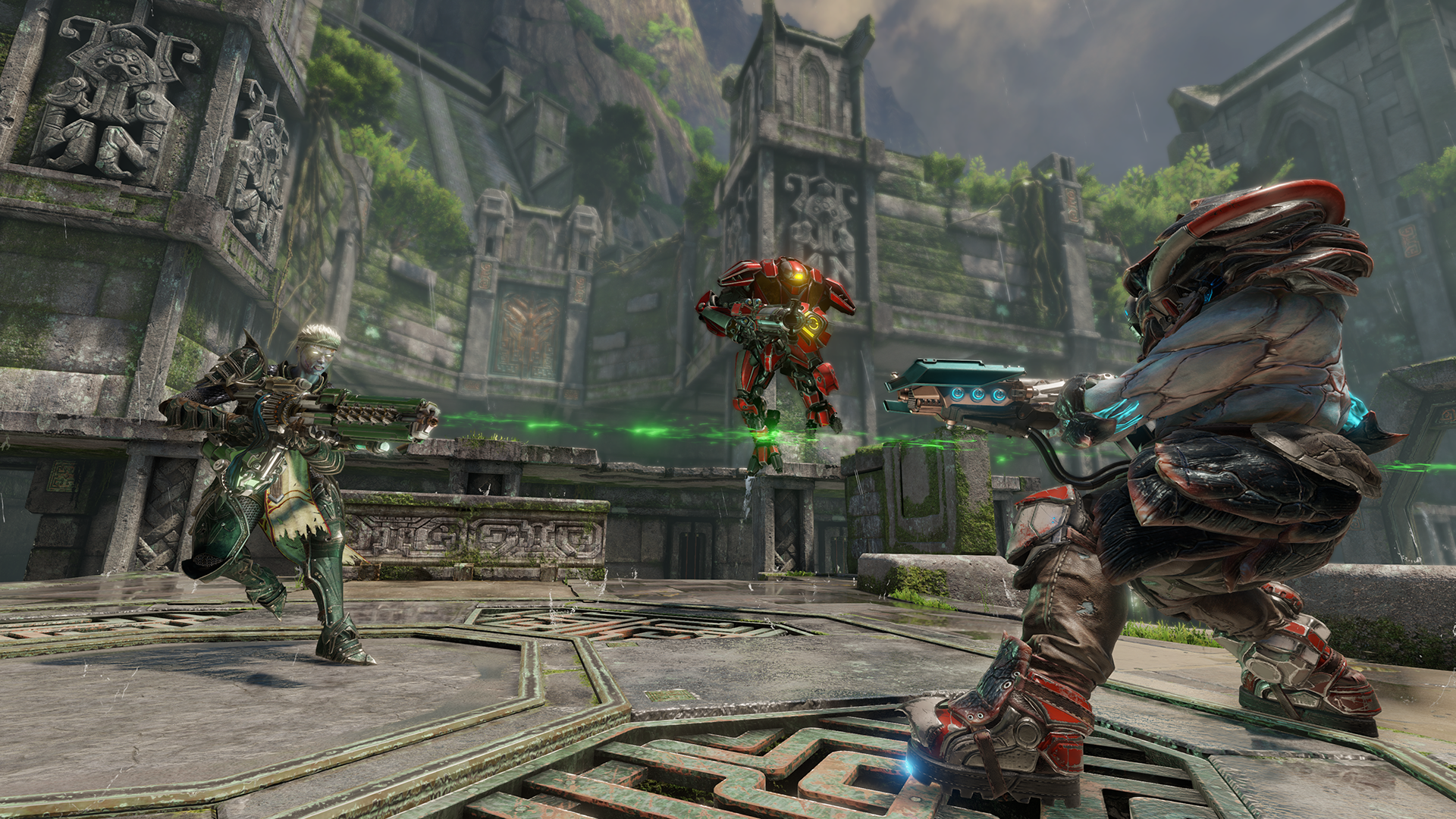 One player stood out above all the rest at the Quake World Championship, triumphing in both individual and team competitions.

Nikita “Clawz” Marchinsky was one of four 2z players taking home a $300,000 prize in winning the Sacrifice tournament at the Quake World Championship—2z defeated NOT TO FAST in the final.

While clearly full of talent, 2z weren’t the most noteable or accomplished team to compete at this event. NOT TO FAST brought tremendous depth of experience and great individual and team accomplishments between players like Johan ‘toxjq” Quick, Pelle “fazz” Soderman, and Alessandro “stermy” Avallone.

That experience was tested in the final by what proved to be a hungrier 2z side. Flanked by players like Ukraine’s Dmytro “Xron” Sakhurak, Clawz led 2z to a 3-1 victory in a hard-fought final after closing out the fourth game on Blood Covenant.

While most of the attention for the accomplishment is rightfully going to Clawz, Xron also proved himself admirably across multiple Quake Champions disciplines, adding a top eight finish in the Duel tournament to his Sacrifice championship win.

Team Liquid were only one of the eight sides to bring the official backing of a known esports organization. The squad had no shortage of hype, boasting a roster that included Shane “rapha” Hendrixson, Tim “DaHanG” Fogarty, and Michael “winz” Bignet. Rapha and DaHanG had previously played Overwatch together under the Team Liquid banner, while winz was taking a break from his own Overwatch team at Rogue to participate in the event.

Team Liquid did make the four-team playoff and took the first of three games from NOT TO FAST, but they couldn’t make good on their early advantage, losing the next two games to send NOT TO FAST to the final.

The tournament itself was somewhat uneven. Sacrifice has been promoted by Quake Champions developer id Software as being built for esports competition, but spectating the game mode remains difficult with the unending chaotic action and a lack of specialized spectating tools.

Quake Champions remains in early access and is still considered under development, so much is likely to change in the coming months. But there’s no doubt that if id Software wants Sacrifice to measure up for viewers to other popular team-based esports experiences, there’s much work left to be done.