Mystical Elf, Reindeer, and more leaked skins are being added to Fortnite in v11.30 update - Dot Esports
Skip to content 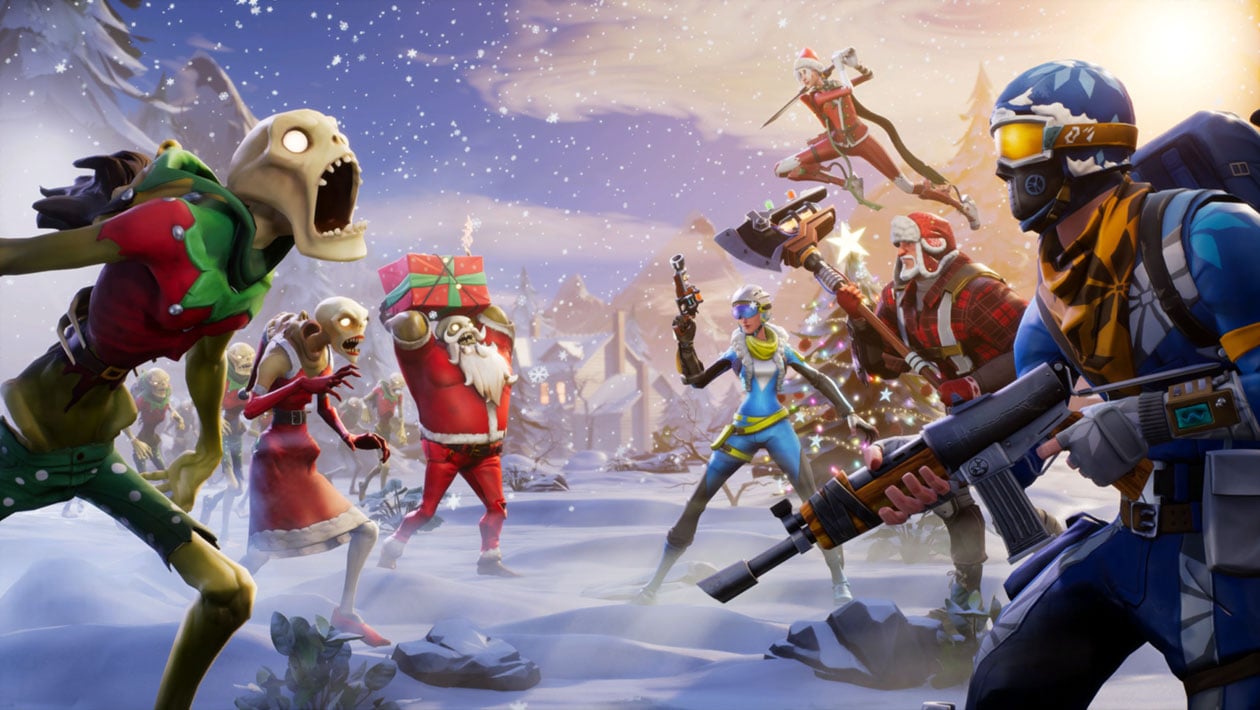 Fortnite is getting into the Christmas spirit with new skins that will be implemented in the v11.30 update, which is set to release today.

Fans of the game will be able to play as Christmas-icons themselves; Santa’s Reindeers and spooky Elves. The Reindeer skin features a red sweater with antlers that are holding stockings in place. To finish the design, the Reindeer has a pair of green shades to protect him from the winter sunlight, according to Fortnite data-miners HYPEX and Kleinmike.

Epic Games is implementing a concept from Fortnite fan and skin designer Pyne. This skin features a dark Elf with glowing green eyes and a purple-themed jacket.

But the skins don’t stop there. Epic is going all-out to spoil Fortnite players with some innovative winter-themed skins. A polar bear holding a Rocket launcher, a cyclops winter-beast that seems to be based off the large creature from season 10, and an ice-version of Fortnite player Benjy “Benjyfishy” David Fish’s favorite skin.

To finish, there are some new winter versions of older skins paired with the introductions of some new styles for some of Fortnite’s strangest skins, like Crackshot.

But these skins are leaks, so obviously Epic they haven’t been confirmed by Epic. But considering the detail and track-record of the dataminers, these skins are likely real. Fans can expect to see these skins and styles in the v11.30 update, which Epic is pushing live today.

Hopefully Epic will also continue to update Fortnite with patch notes, unlike at the start of Fortnite chapter two, season one. That’s one way to get Fortnite fans in the Christmas spirit.