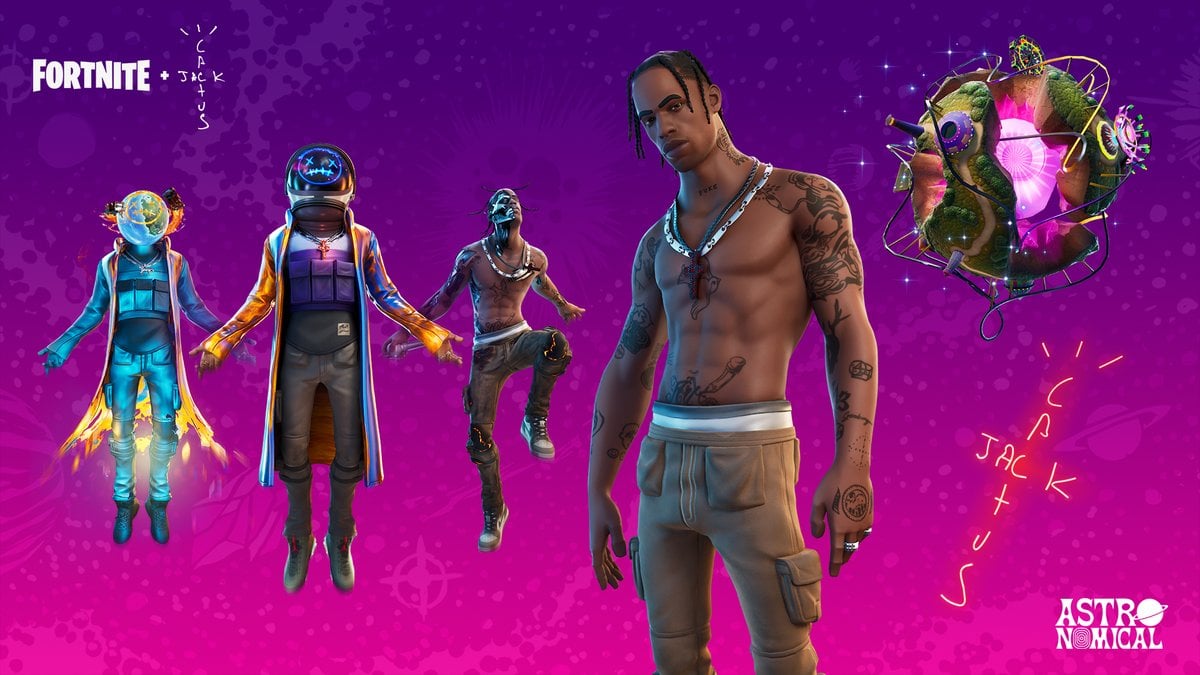 After the concert’s countdown timer hit zero, a round spaceship began making its way toward the stage. When the spaceship, which featured a large speaker in the center, hit the stage, Scott transformed into a giant figure and bounced all of the concertgoers back hundreds of feet.

Over the next five minutes, Scott sang while a few giant holographic dancers performed around him. At certain points, Scott changed the entire world for players.

Initially, he clapped his hands, which caused the sky to turn orange for it to rain fire. The sky returned to a shade of blue briefly before becoming dark. Rainbow-colored streaks of light than began racing throughout the sky before Scott and the players went underwater.

When the players emerged, they flew through the sky and passed numerous islands, which players have theorized might be future playable maps.

The ship, showing some wear and tear after the fire rain and underwater adventures, exploded. This caused players to seemingly go through time dimensions, eventually hitting the butterfly that appeared in the massive in-game event in November 2018.

Players were then sent back to the map, signaling the end of the concert. Some players, like CouRageJD and DrLupo, were treated to a slightly-altered world, however, where everything appeared tilted. This seems to be a bug, though.