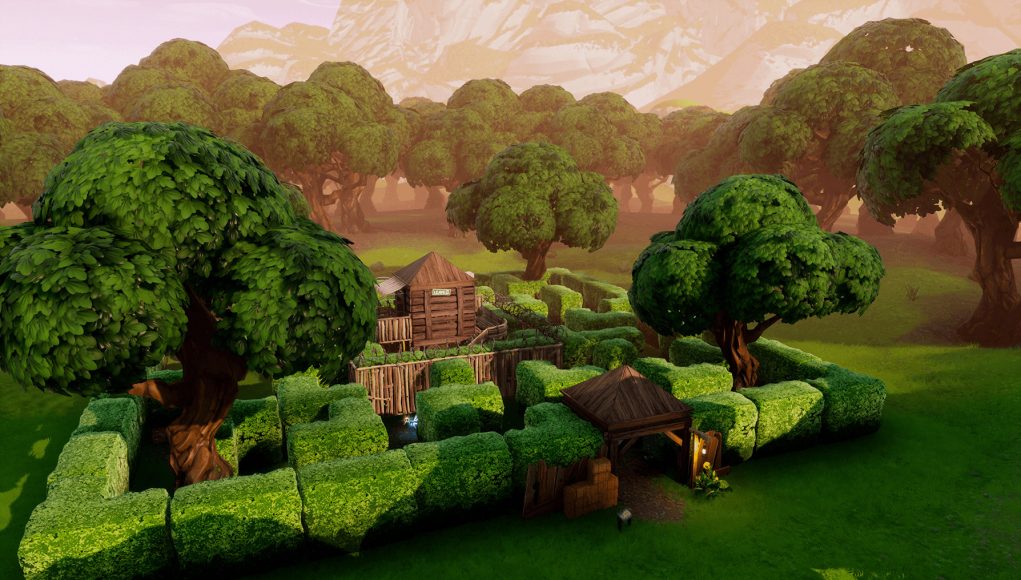 Following the v6.3 update this morning, four glowing teleporters were found in the bunker at Wailing Woods. They're located in the bottom floor of the bunker, near the large circular openings on the walls. A Reddit post that gained popularity earlier today shows the appearance and functionality of the teleporters.

It seems that all four teleporters bring players to another house in the Wailing Woods point of interest. The houses are located to the north, south, east, and west of the main bunker, forming a plus symbol, which could also be interpreted as a crosshair.

The teleporters themselves function somewhat like rifts, which were added in season five of the game. The biggest difference is that the teleporters don't shoot players up into the sky and make a loud noise that can be heard in the nearby vicinity.

There weren't any significant changes to the map in this morning's update, but Wailing Woods could be the next POI to get a revamp if the teleporters have any significance in the Fortnite lore.