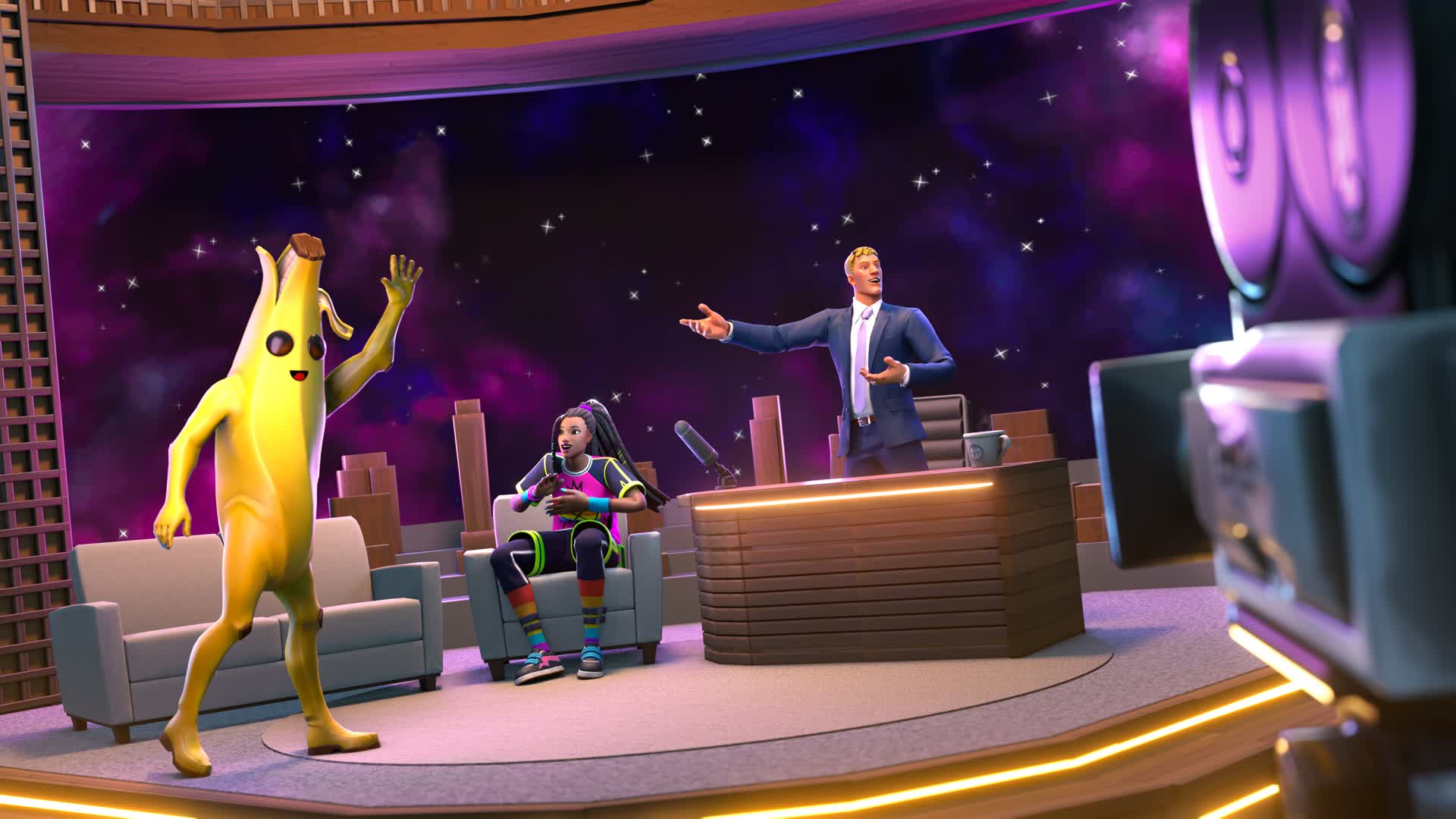 While Fortnite started as a simple tower defense game, it has quickly evolved into something much grander. Epic Games has been hard at work the last five years creating a platform that allows players to just as easily show off their skills in the battle royale or Creative. Now, one of the biggest late-night shows, The Tonight Show, is bringing Rockefeller Studio to Fortnite.

According to Fallon, “the attention to detail is mind-blowing” in the new level, called Tonight at the Rock. Players will be able to take a tour of the building and surrounding areas, with a clip in the level’s trailer showing characters driving into each other on the street. There also appear to be different powerups that players can purchase using the level’s currency, Fallon Coins.

When not collecting upgrades, players will get to take part in unique minigames like races, putting Ballers in holes, and more. Players can find Tonight at the Rock by entering the Island Code: 2678-5325-0723.

If this level is a success, one has to wonder what could happen if The Tonight Show did an official collab with Fortnite. Maybe there’s a chance, however small, for a Fallon skin in Fortnite.