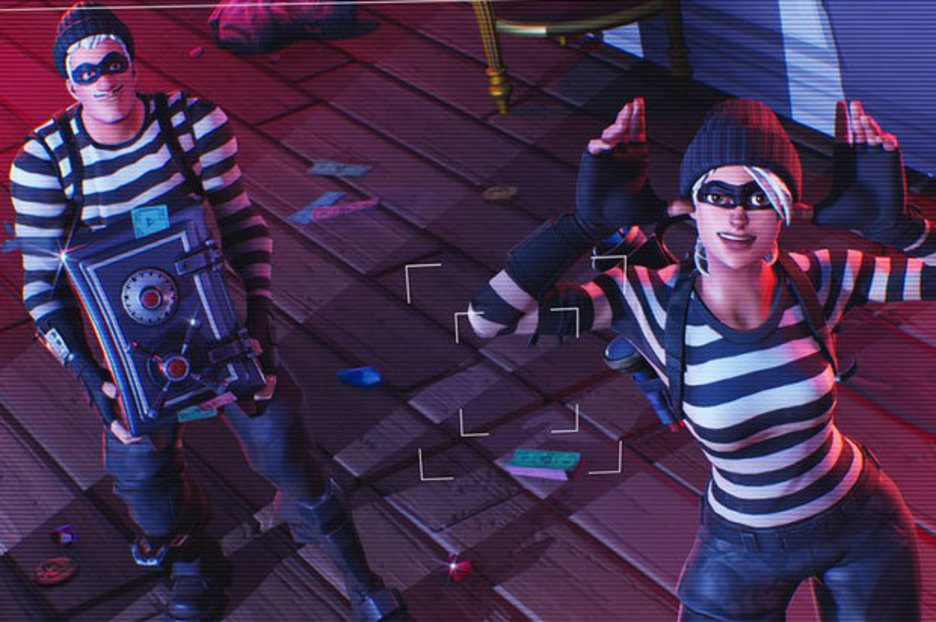 I’m not good at Fortnite: Battle Royale, so whenever I die to someone who lands a difficult shot, I watch them for a few seconds to see if they’re cheating. Maybe you do that too.

Fortnite content creator squatingdog was streaming last night when he also decided to watch an opponent after he and his squad died. The person happened to be the most obvious cheater in the world.

Squatingdog was spectating a player called Twitch.AimBotsOn. The player had a whooping 26 eliminations with six players left in the match. The Twitch clip begins with AimBotsOn shooting at a Port-a-Fortress with a Thermal Scoped Assault Rifle, despite not being able to see anyone there.

When a player jumps off the Port-a-Fortress, the cheater builds a ramp and automatically aims at their opponent gliding away. The cheater’s aim moves at the same speed and direction the victim is moving, and he just has to shoot a few times to land one headshot and some body shots.

His tracking is perfectly robotic and unnatural. He’s not even trying to hide that he’s cheating.

A second opponent who is also gliding away is caught mid-air by the cheater, who lands a headshot and a body shot to take them down with the same perfect tracking.

The cheater then jumps off of the ramp they built and glides towards a tree. As soon as they land below a tree, his camera points to its top. Nothing seems special about it, but the cheater switches to the Hand Cannon, shoots, lands a perfect headshot in an enemy hiding on the tree and finishes them with a body shot to win the game.

Everything in that clip shows that squatingdog caught a cheater on his stream. The shots in a Port-a-Fortress, the perfect tracking with the assault rifle, and the headshot in a hidden enemy are good clues. Even AimBotsOn’s name shows they’re guilty.

Next time you think a cheater killed you in Fortnite, remember this clip. That’s how a real but dumb cheater will land their shots and win the game.