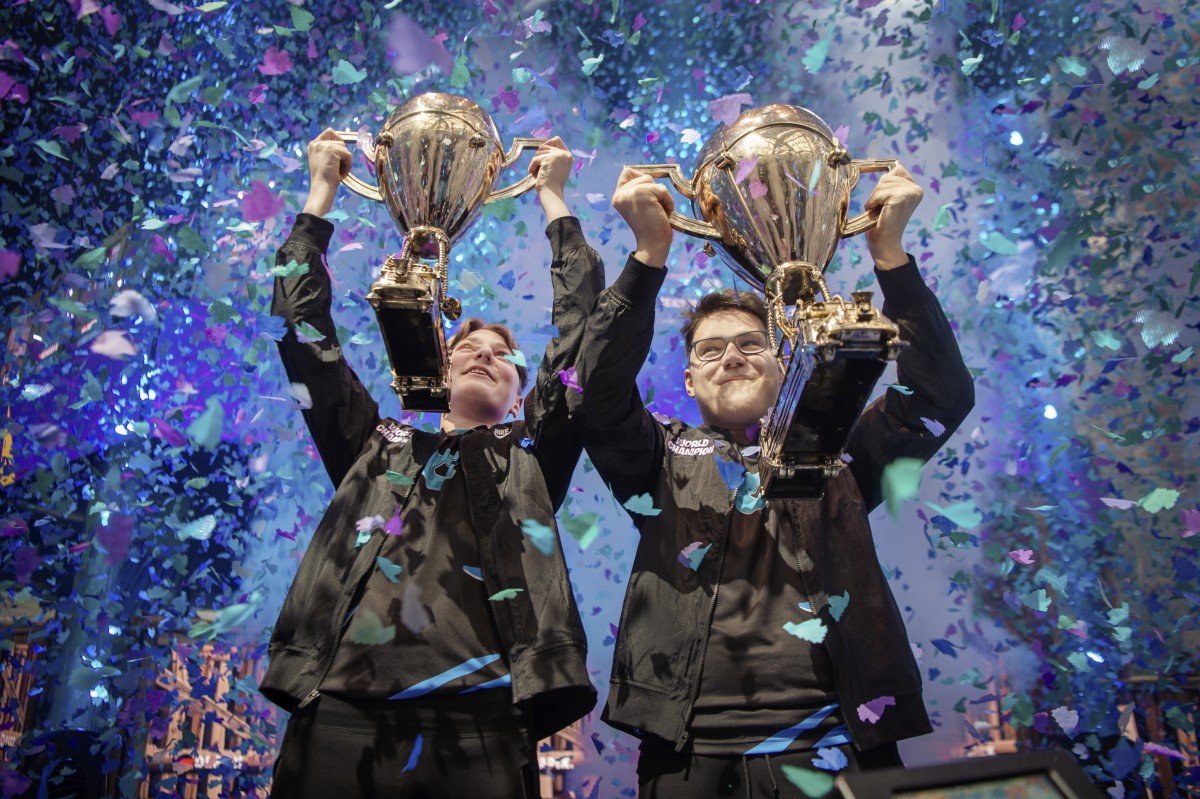 Ever since the game’s release in 2017, Fortnite has created one of the most prolific, ever-changing, and notorious esports scenes of all time.

Players such as Bugha or Mongraal, aged 16 and 13 when they competed in their first World Cup, have become icons of the Fortnite competitive scene. They are regarded as the top-earning—and youngest—esports professional players due to their endless list of victories and top finishes within the Fortnite esports scene.

Over the years, the Fortnite esports scene has evolved into a scene that is producing more and more talented professional players—including veterans that have stayed on top over the years, but also newcomers that are bound to make headlines in the years to come.

These are the best professional Fortnite players of all time.

Mongraal started playing Fortnite in 2018 at the young age of 13 and was able to participate in tournaments thanks to a rule change by Epic Games, which allowed younger players to compete.

His first win was in the European Luxe Cup. There, he joined forces with mitr0 and even got qualified for the World Cup, where he finished in sixth place. After the tournament, Mongraal signed with FaZe Clan and is considered one of the best players in Europe.

Jannis “JannisZ” Matwin is a 16-year old German player signed to Guild Esports. After this year’s victories in Chapter Two, season five FNCS and the Chapter Two Season Invitational, JannisZ has consolidated his reputation as one of Europe’s top players—a particularly impressive feat since Europe is considered the strongest region in the game.

Benjyfishy is one of the most prominent names in competitive Fortnite. Widely known for playing duos with MrSavage since 2019, Benjyfishy has stayed relevant for a significant part of Fortnite‘s lifespan. He first made himself known when he qualified for the Fortnite World Cup in 2019 and has been consistently at the top of the leaderboards since.

Benjyfishy plays for NRG and, although he has never won a a major event, the closest he has come has been second place in the Chapter Two, season one FNCS.

Whilst most top Fortnite players have already reached the $1 million in earnings milestone, Jahq is among the few top players who haven’t. However, it probably won’t take him much longer since his recent signing with G2 Esports.

Jahq is known as a jack-of-all-trades player in competitive Fortnite and recognized by the community as one of the most prolific players of 2021. He got his spotlight during Chapter Two, season two with his duo partner Acorn, later claiming a third-place finish in the FNCS Invitational.

Bugha is without a doubt the most famous Fortnite player of all time.

He was the winner of the second Fortnite World Cup and absolute star of the event, so much so that he caught the attention of the general media and his face appeared on newspapers and magazines all over the world, bringing the esports industry forward to many who weren’t even familiar with the term.

Bugha proved his World Cup feat wasn’t a one time hit, and he amassed a number of top-five finishes in most major competitions. Today, Bugha is known as the highest-earning Fortnite player of all time, with more than $3 million in tournament winnings, and is considered one of the best Fortnite players of all time.

EpikWhale is one of the top-earners in competitive Fortnite. Coming in third in Solo and 12th in Duo at his World Cup debut in 2019, he has started making a name for himself in FNCS tournaments, where he was part of the team that won this year’s Chapter Two, season five NA West grand finals. Although a lot less present in the media than Bugha, EpikWhale has earned more than $1.5 million dollars in his career.

Aqua is originally from Austria—a country with few Fortnite pro players—and qualified for the World Cup with his duo Nyhrox. This led him to a total prize of $3 million and to fulfilling the dream of every competitive Fortnite player: winning the World Cup.

After winning the biggest prize there is to win in Fortnite, Aqua proceeded to win an FNCS victory in season X and still regularly competes.

MrSavage, along with his duo partner benjyfishy, is one of Europe’s top competitive players. Qualifying for both Duos and Solos led him to a finish in 14th place, but he is known to be at his best when performing in Duos.

MrSavage is only 16 years old and has already played for three top esports organizations, including NRG Esports and his current team, 100 Thieves. As part of the latter, MrSavage won major tournaments such as DreamHack Anaheim 2020.

Zayt won the Katowice Royale in 2019 as well as the NA West Scallywag. He played for NRG alongside some of the world’s best Fortnite pro players, and alongside his duo Saf, represented one of the safest odds in esports betting for the Fortnite competitive scene.

Although Zayt retired in January, he leaves behind a legacy of epic and unforgettable competitive moments which fans will remember for a long time to come.

Rehx is one of the top players in the North American region. He has participated in numerous competitions and now plays for 100 Thieves. His biggest prize is a small $12,000, which might seem insignificant compared to the stats of other players on this list, but he makes up for it in a seemingly endless list of victories—which include many Trio Cash Cups, a DreamHack Open, and two FNCS titles.