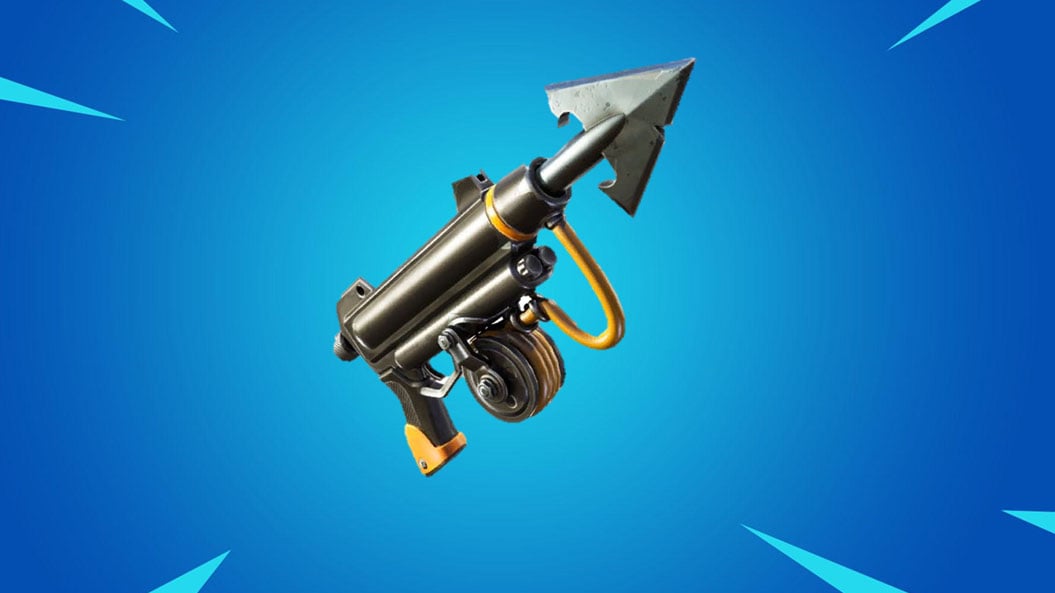 FortTory posted a gameplay video earlier today showing a player using the new weapon to pull an enemy toward them and force a battle.

The weapon only appears in one rarity, rare, and deals 75 damage. Once the harpoon lands on a player, it’ll pull and drag them directly in front of the user.

A player also discovered that the Harpoon Gun can be used to reel in fishing loot faster than a Fishing Rod.

Players will likely develop new tactics with the Harpoon Gun since it seemingly deals 75 damage every shot, meaning the new weapon could be Fortnite’s latest overpowered item.

While the Harpoon Gun may not be as devastating as the Infinity Blade, a new meta could certainly form around this weapon.