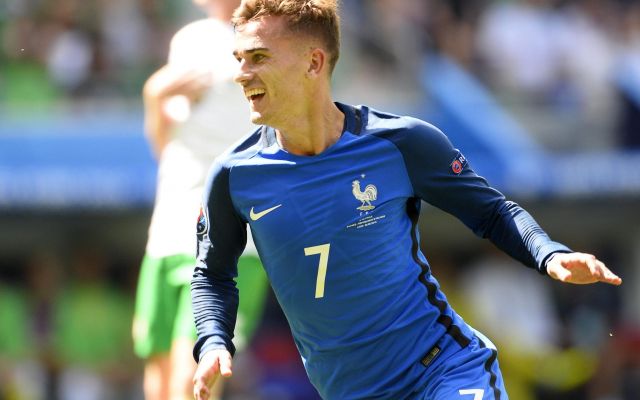 Photo via Nazionale Calcio | CC BY 2.0

There’s no denying Fortnite: Battle Royale is a mainstream hit, but if you for some reason needed further proof, look no further than the 2018 FIFA World Cup final.

In the 38th minute of the match, Antoine Griezmann of France put his team up a goal over Croatia with a successful penalty kick. The Frenchman celebrated by running to his right and mimicking the Fortnite: Battle Royale emote, “Take The L,” before being mobbed by his teammates.

While this isn’t the first time a soccer player—or even Griezmann for that matter— has celebrated using one of the game’s emote dances, for it to happen on the world’s biggest stage in the sport is very telling of Fortnite’s popularity. In the past, other athletes like Tottenham Hotspur’s Dele Alli and Boston Red Sox shortstop Xander Bogaerts have shown off their Fortnite-inspired dances, but this celebration is on another level.

Several players, most notably Tottenham Hotspur and England National Team star Harry Kane, have stated their affinity for the game. During the World Cup, Kane said, “As silly as it sounds, playing Fortnite passes the time quite well. [My fiancee] says it feels like we are on a boys’ holiday with everyone playing Fortnite and no babies. Stuff like that. We have got to enjoy it while it lasts.”

While the players will eventually have to go home, at least Fortnite will still be there when the World Cup concludes.