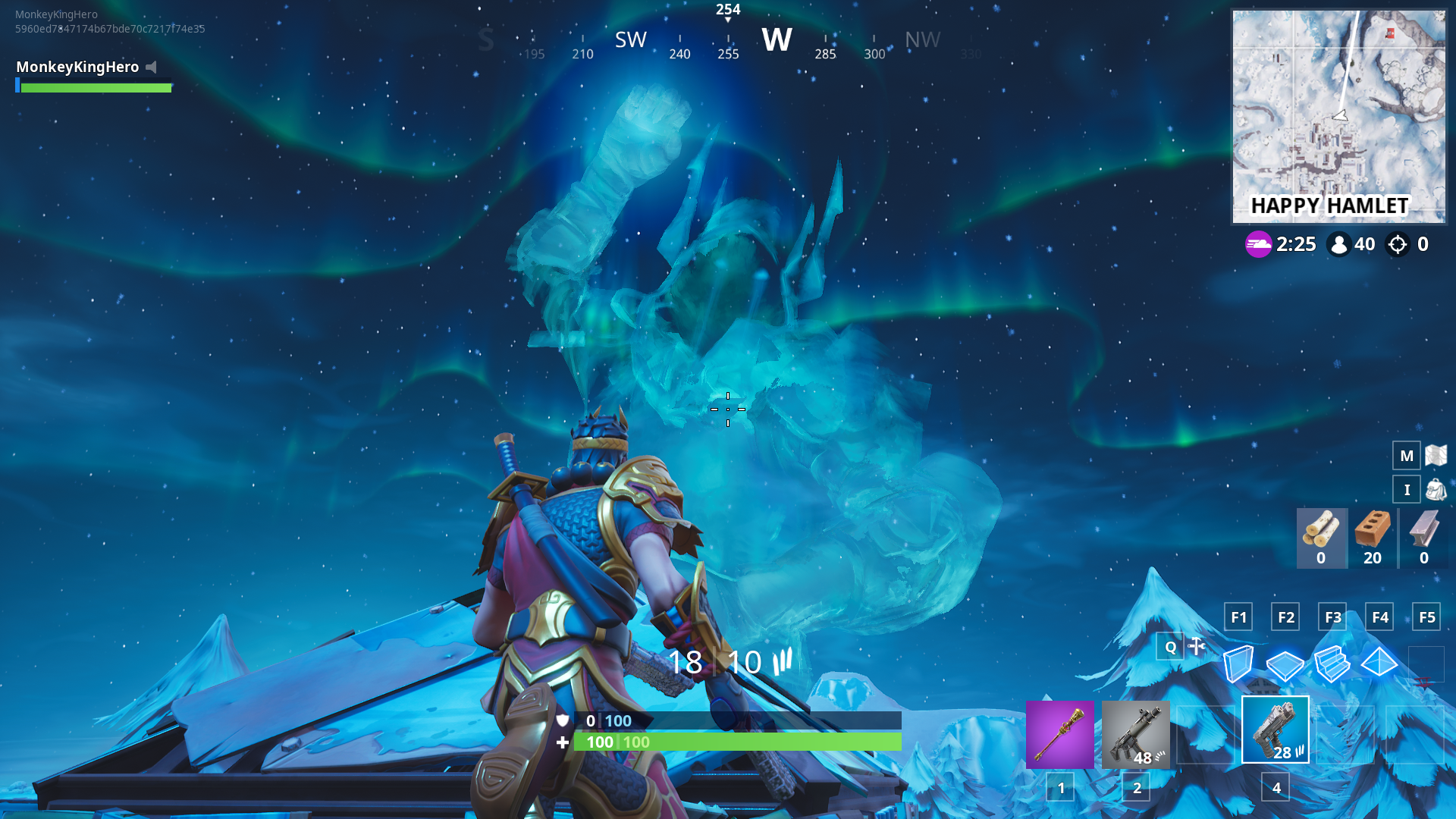 At 1pm CT, the sphere began pulsing until a wave of snow shot across the entire map. A giant figure then popped up in the southwest portion of the island and summoned a snow storm that covered the entire map with snow.

In addition to the snow, fog and ice has seemingly covered the map, which has made it much more difficult to see in some parts of the island. Lightning strikes following the initial storm spawned zombies, which came out of giant ice blocks.

The ice sphere appeared recently above Polar Peak, and was quickly followed by a countdown on the television sets around the Fortnite island, and then a clock near the sphere, which most players assumed would lead to an event.

Epic had done similar in-game events in the past with the highly-anticipated rocket launch and purple cube explosion. These events seem to happen every few months or so, but it’s never known what will occur during them and how the Fortnite world will be affected by said events.