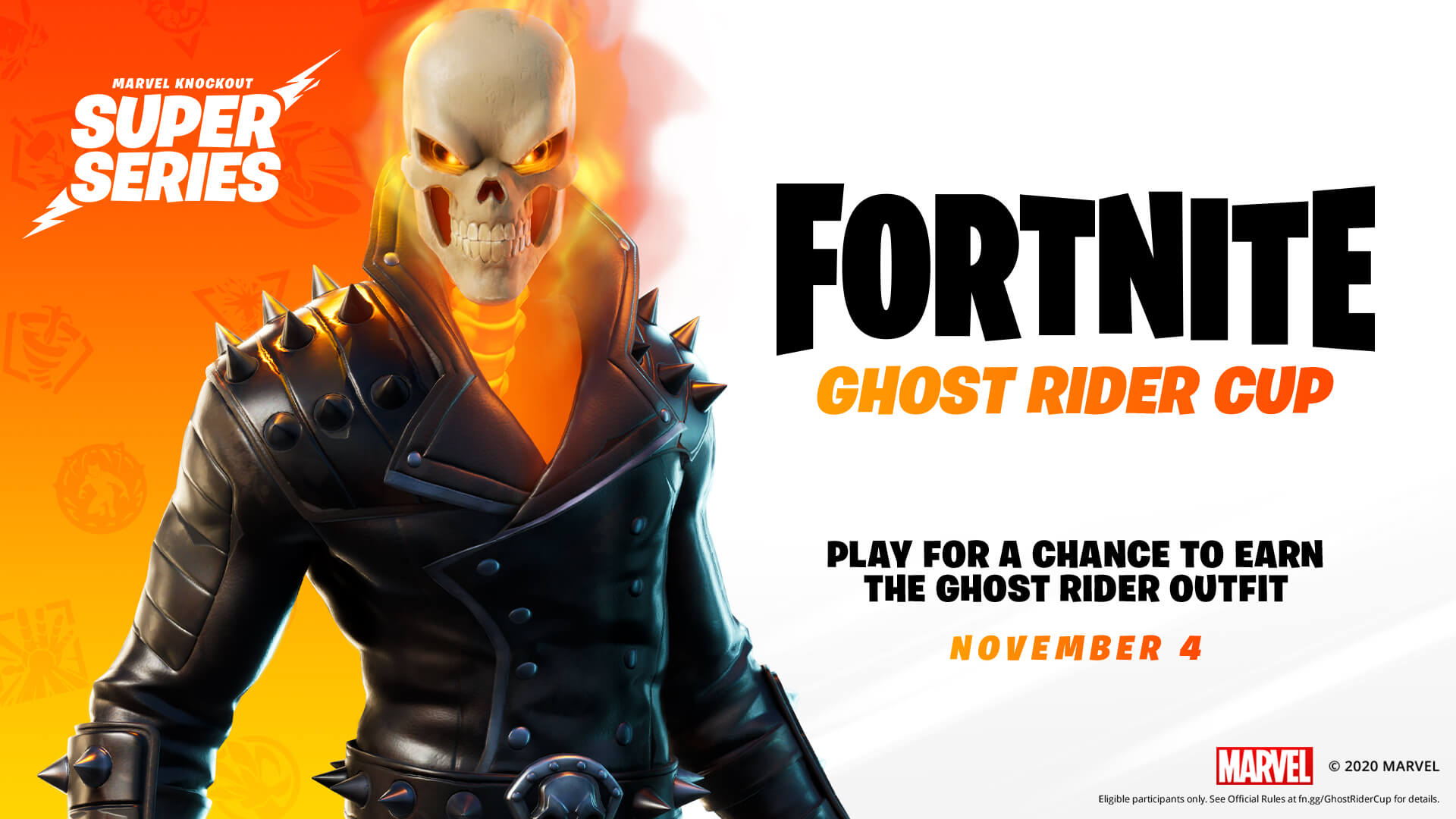 Starting Nov. 4, there will be four Marvel-themed cups ending on Nov. 21 with the $1 million Super Cup. The first cup pays homage to the antihero Ghost Rider.

The Ghost Rider Cup will take place this Wednesday, Nov. 4. The winners of each region will unlock the Ghost Rider outfit and back bling. You’ll have to compete in trios, though, so don’t forget to gather your friends.

Marvel Knockout is a spin on Operation: Knockout, which features superpowers that change each round. The teams compete in a four-round knockout fight.

First, open the game and go to the Compete Tab in the Game Lobby. Then, find the Ghost Rider Cup and pay attention to the local time it starts in your region. The event playlist will be available in the playlist menu once the event has started.

To participate, all members of the trio have to be a lifetime account level 30 or higher and must have Two-Factor Authentication (2FA) set up. If you’re interested in participating, check out the Ghost Rider Cup’s official rules for more information.

The Marvel Knock Series features three other events: two Duos cup based on different Marvel heroes or villains on Nov. 11 and Nov. 18, and the final $1 million Super Cup on Nov. 21.

Even if you don’t win any of the cups, every participant who competes in the Ghost Rider Cup and the two other future cups will still earn the Nexus Glider.