#FreeFortnite Cup, an event about Epic's feud with Apple, to go live on Aug. 23, - Dot Esports
Skip to content 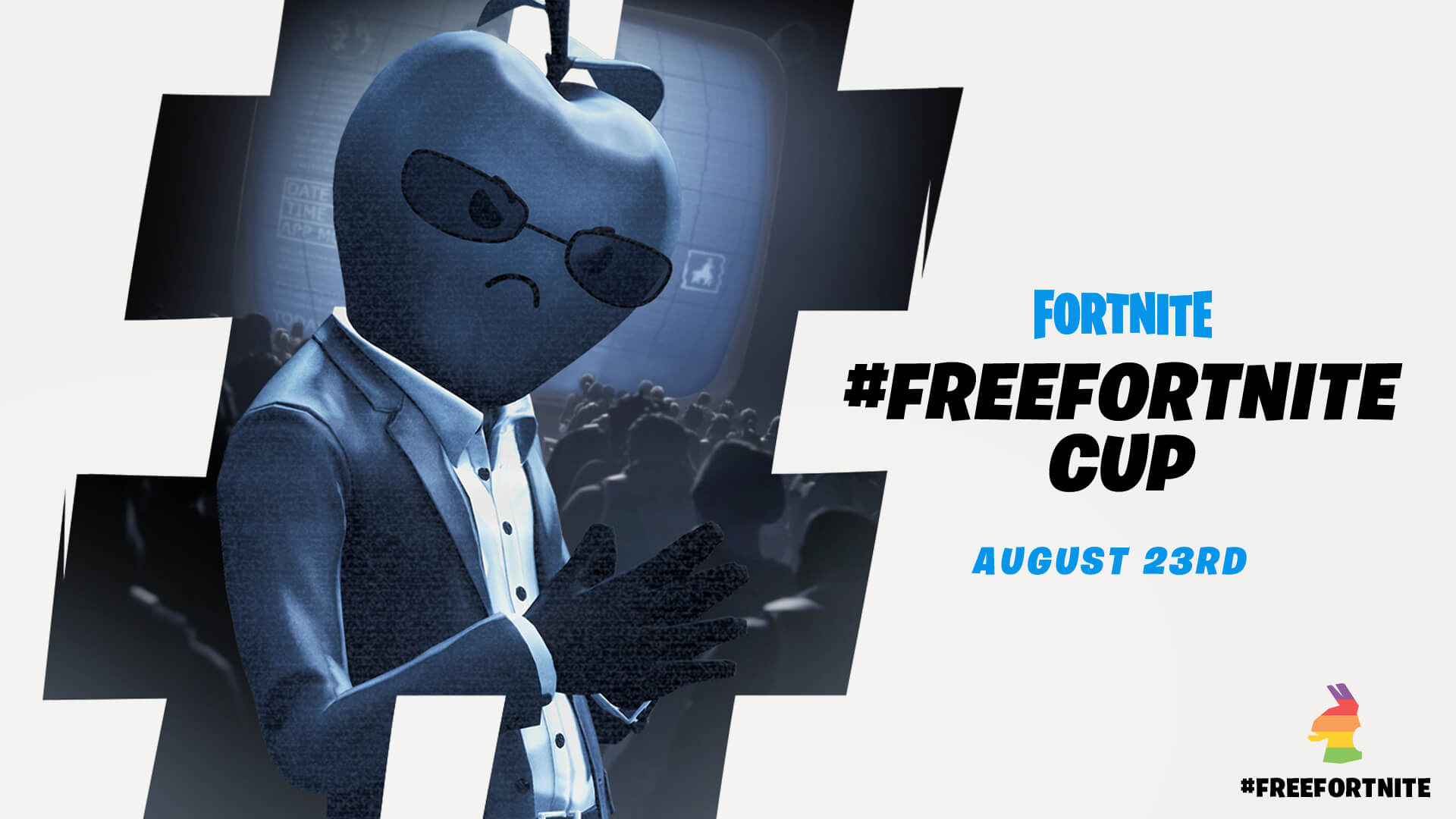 Epic Games is organizing a Fortnite event for Sunday, Aug. 23 before the game is blocked on Apple devices. The #FreeFortnite Cup in-game event will grant several prizes to players for four hours.

This event revolves around the feud between Epic and Apple. Apple has removed Fortnite from the App Store because Epic violated its rules by allowing players to bypass the store’s built-in payment system.

Epic isn’t afraid to take jabs at Apple, though, since all of the prizes that players can win during the event are a form of joke. The prizes are:

You can check the official rules to learn more about how to earn theses prizes.

Those who have the game installed on their iOS phones can still play it, but since the developers won’t have access to update the app, players will be stuck on Chapter Two, season three. They won’t be able to play season four and will miss out on the battle pass, which is scheduled launch on Aug. 27.

Google removed Fortnite from the Play Store a few hours after Apple blocked it in the App Store, but Android users have an alternative by downloading the game through the Epic Games app or the Samsung Galaxy Store.

Epic is also suing Google with a similar lawsuit to the one it issued to Apple. In addition, Epic’s complaint says Google’s payment restrictions on the Play Store constitute a monopoly and therefore represent a violation of both the Sherman Act and California’s Cartwright Act.