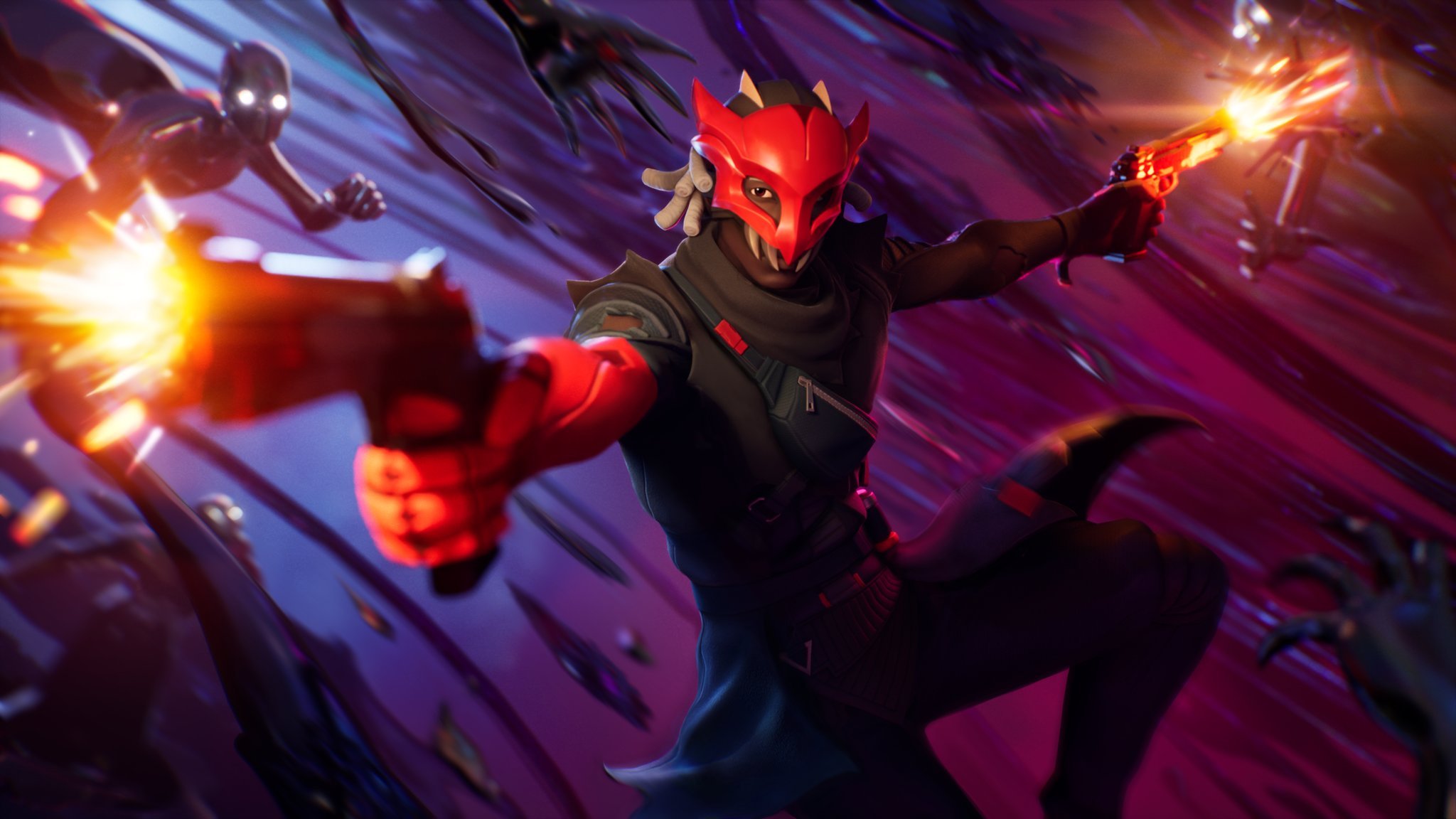 Fortnite is constantly able to draw in its player base every month thanks to the special benefits it offers to them. The Fortnite Crew Pack, a monthly subscription, provides new cosmetics and other advantages to players for around $12 a month before tax. The October skin has been leaked about a week early during Fortnite Chapter Three, season four’s downtime today and it looks perfect for the spookiest month of the year.

October’s Crew skin is called Despair, according to data miner iFireMonkey. It features a man in all black with a bright red devil mask and miniature red scythes in each hand. In the loading screen, players can see Despair fighting off some kind of monster using dual pistols. They appear to be made out of the same Chrome that covers the island.

Because of this, some data miners have speculated that this new loading screen points to the new boss that could be coming during this year’s Fortnitemares event. According to previous leaks, this boss will be able to summon minions. It would make sense that these minions would be made out of Chrome since that’s one of the primary antagonists this season.

The skin is the latest in a long line of Fortnite Crew Packs and this one seems to fit with the Halloween aesthetic of October. Fortnite Crew Pack subscribers should be able to unlock this new skin on Oct. 1, with other benefits coming as well. Players who are actively subscribed to the Crew Pack will receive the season’s battle pass and 1,000 V-Bucks on the day their account is charged each month.

There are just under two weeks before players will be able to access Despair and take him on a tour of the island.