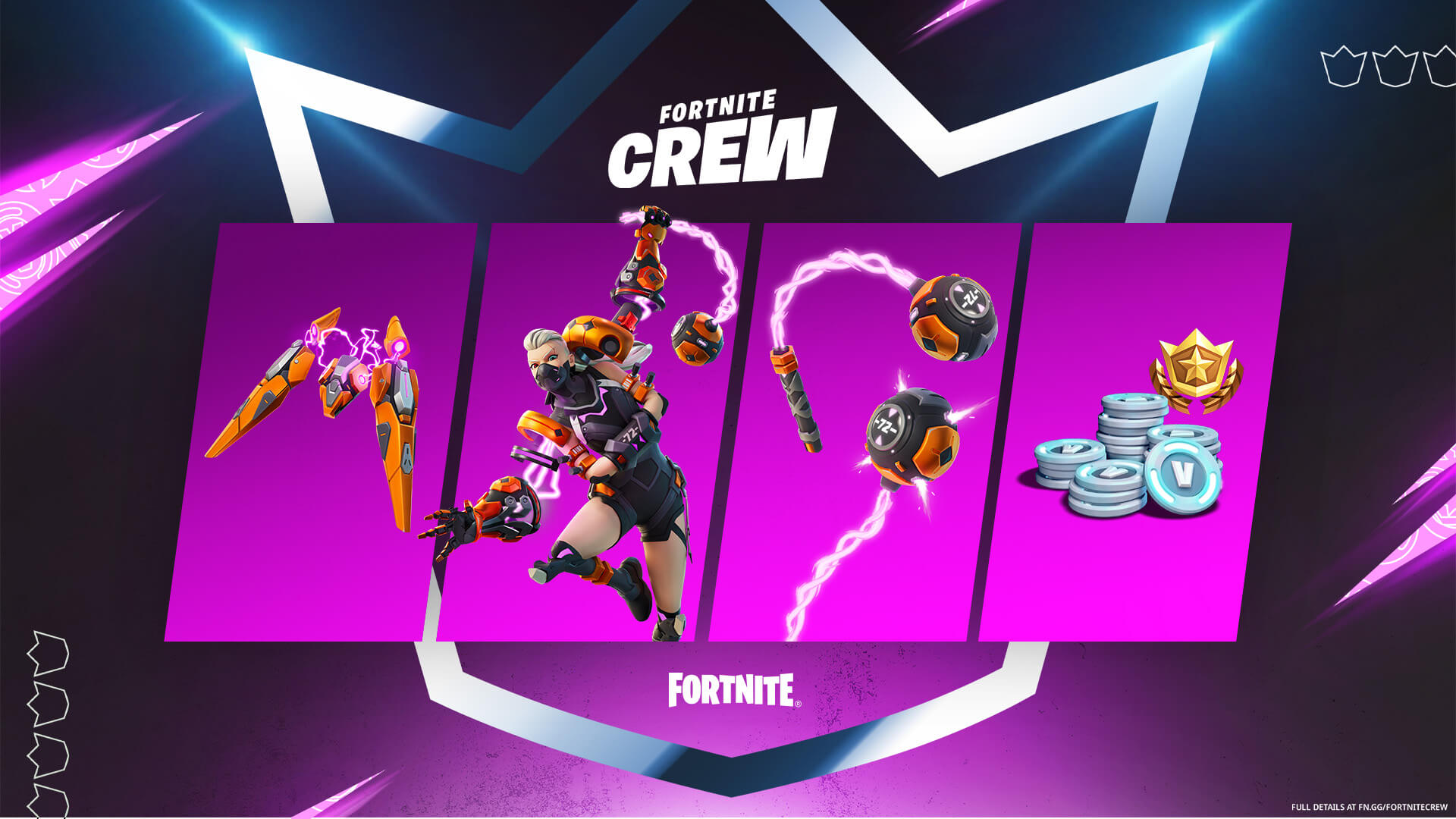 Fortnite has been introducing monthly Crew bonuses for players who subscribe each month since Chapter Two, season five. Each new Crew Pack has come with a new outfit exclusively for those players, and Epic Games has just revealed the skin for May. Southpaw will be the next Fortnite Crew Pack outfit for players to unlock.

Players who want to unlock Southpaw can begin subscribing on April 30 at 7pm CT. Players who have a recurring subscription will be charged and receive the content automatically.

Southpaw is described as the underdog, with wings and electric fists at the ready. The fearsome fighter Southpaw comes with the outfit, Counterpunch back bling, and the Arc Flail pickaxe. In addition, Epic will reward players with different loading screens that show Southpaw’s journey and a unique lobby track.

Players who purchase the May Crew Pack will also be given the Chapter Three, season two season pass, or the equivalent cost in V-Bucks if they already own it. Speaking of V-Bucks, players will receive an additional 1,000 V-Bucks for every month they’ve been subscribed. For example, if you subscribed to the Crew Pack on April 28, you’ll receive the extra V-Bucks on May 28, and so on.

Players who want to unlock the Sayara outfit from the April pack still have a couple more days before it leaves. Those who subscribe before the end of this period will even be given an additional 1,000 V-Bucks at the end of next month as long as they subscribe again.