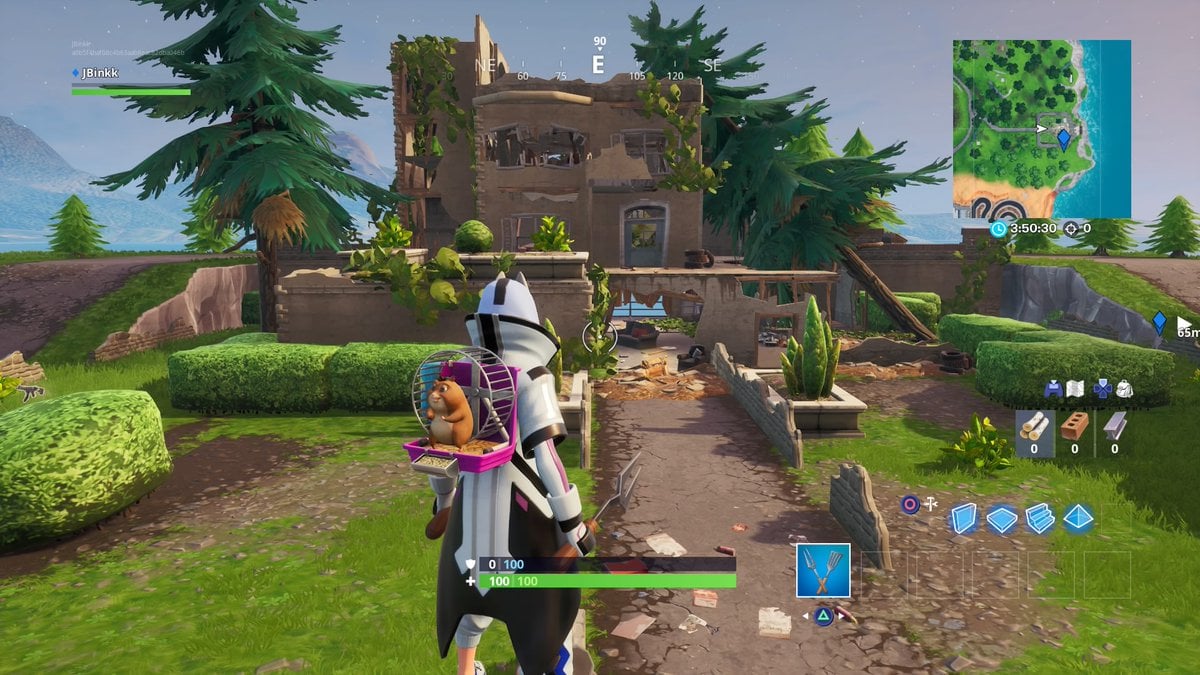 Owners of the Fortnite: Battle Royale season X Battle Pass will soon get another set of challenges to complete. For week five of season X, the Blockbuster set is all about visiting specific areas around that map, both relevant to the game’s storyline and some random ones.

Two of these challenges ask players to do tasks at a run down Hero Mansion and an abandoned Villain Hideout. For the Normal set, players have to land at these areas, while the Prestige task requires them to search chests at any of these locations.

But game mode restrictions apply as usual. So players must be in any Battle Royale mode that’s not Playground since it’s the only sandbox mode in the game and doesn’t allow challenge progression. It might be a good idea to try completing these challenges in Team Rumble since there are fewer enemies to face and players overall to compete for chests.

Here’s where to find both locations in the current Fortnite island.

The hero mansion is at the same spot it used to be, north of Paradise Palms and far east of the island. But it’s now destroyed. Players can only walk among the debris and go downstairs to reach the runway. For the chests challenge, just open chests in this area.

This is where The Visitor was building the rocket he shot at the end of season four. The base is inside of the mountain northeast of Snobby Shores and north of Viking Village. You can find chests on top of the hill and inside the hideout.

After you complete the tasks, you’ll receive your next reward when you leave the match.