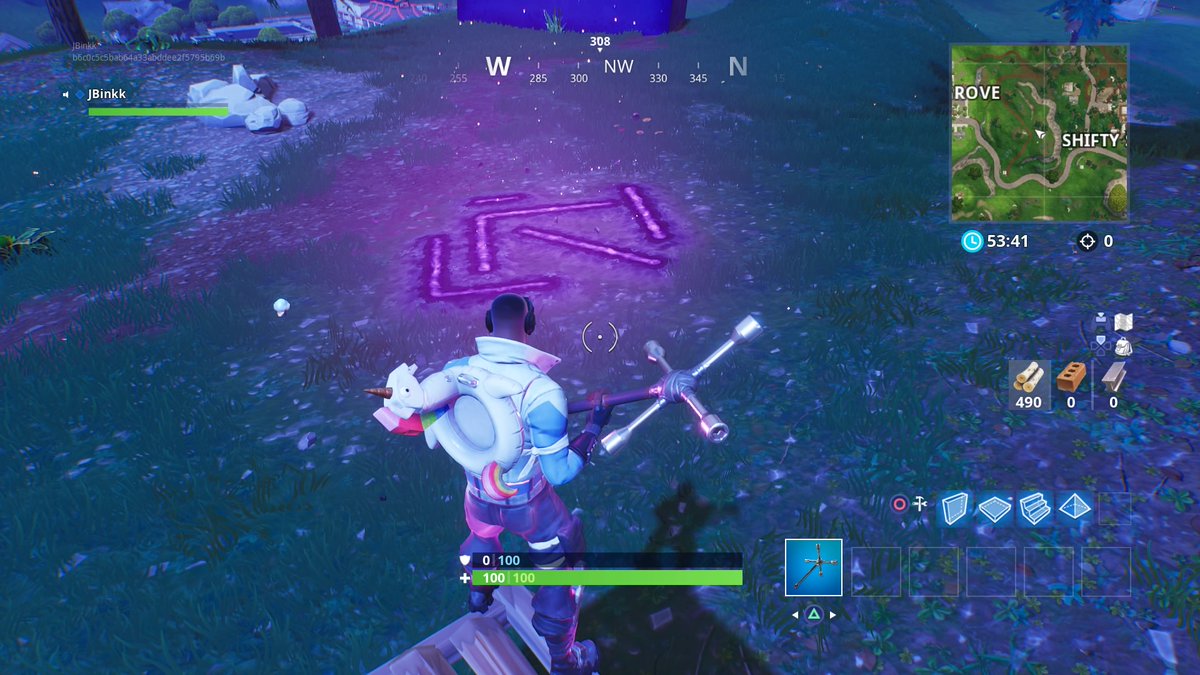 Yesterday, the cube stopped moving and created a second gravitational field near Greasy Grove. Today, however, the cube went back in motion—but not before it left another strange symbol on the ground.

This symbol looks more like an arrow than the rune that first appeared last week. On Aug. 28, the cube stopped and created the first gravitational field near Fatal Fields. The following day, the first rune was burned into the ground where the cube previously rested.

This arrow-like symbol also seems to be pointing toward the south-end of Greasy Grove, but it’s unclear what this could mean.

The cube is on the move again, though, and this time, it looks like it’s heading northwest from the spot where it created the second gravitational field.

Although there’s a lot of questions surrounding the giant purple cube, it seems like Fortnite fans still have a long way to go before this mystery is solved.