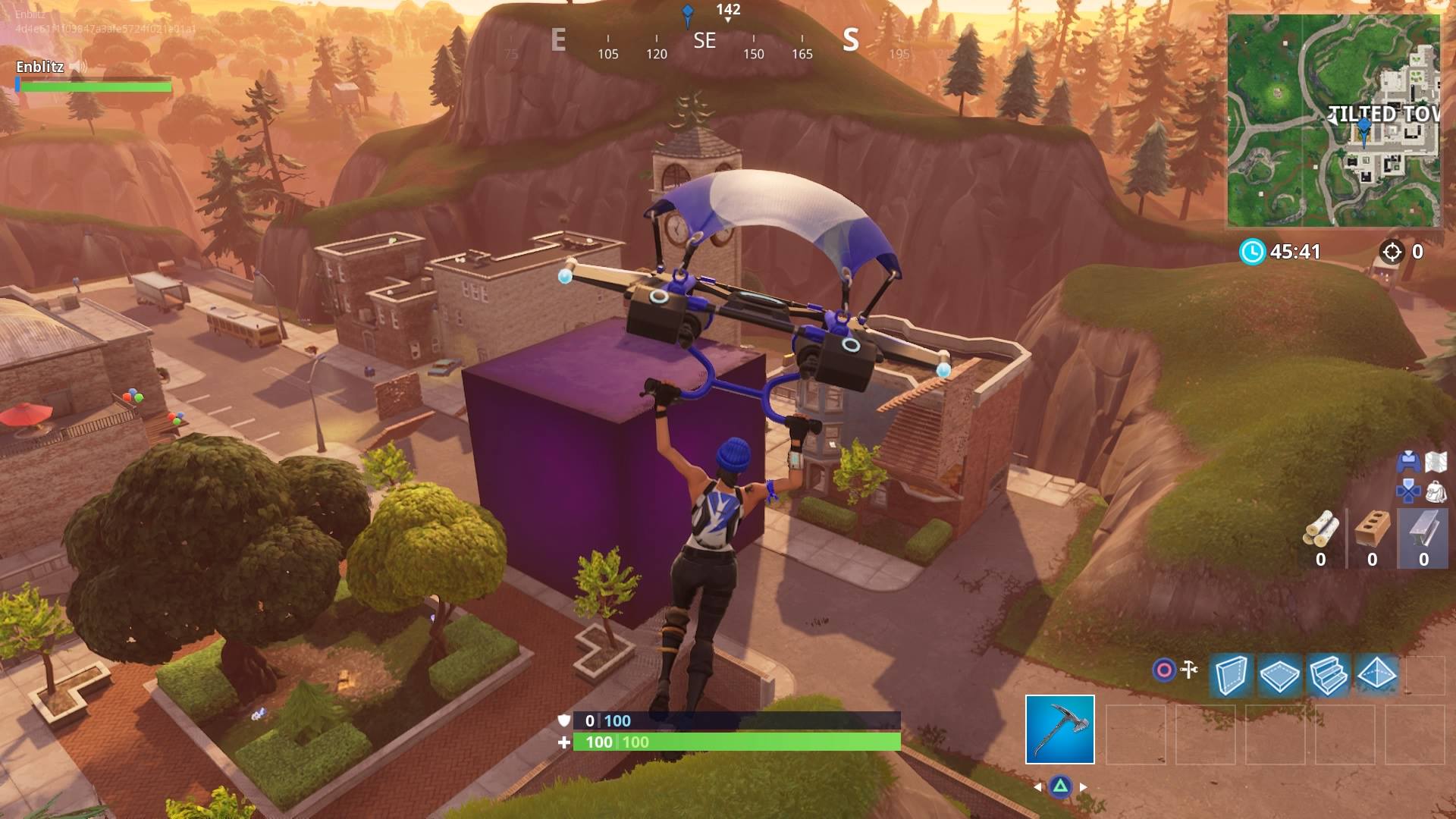 The giant purple cube has rolled in through the southwest portion of Tilted Towers, the most popular and quite possibly most iconic point of interest in all of Fortnite.

Tilted Towers, highly-regarded as one of the most-populated places on the Fortnite map at the beginning of games, is now playing host to an abnormally large cube with supernatural powers.

Since then, other gravitational fields have emerged near Greasy Grove, Salty Springs, Retail Row, Wailing Woods, Lazy Links, and Pleasant Park. And each time, the second, third, fourth, fifth, sixth, and seventh runes spawned at these respective locations the following day.

The Reddit post that correctly predicted each location did not have any more expected low-gravity fields or runes after yesterday's, however. With that pattern appearing to have concluded, anything can happen now.

There have been various rumors and theories on what the cube will do on the Fortnite map, and how it ties into the impending sixth season. At the end of season four, Epic Games set up the rocket launch, which created rifts and brought about major changes to the map—and the cube very may well could do something similar.

Some have speculated that the cube will destroy certain points of interests on the map, with Loot Lake being the most talked about location. Loot Lake has long been one of the least-exciting places in Fortnite, and it could desperately use some key changes. But Tilted Towers could be the target for the cube, too.

And while the cube hasn't really done anything out of the ordinary yet, it is definitely something to look out for. And if you're not looking out for the giant, trampoline-like, electricity-filled cube, maybe you should.