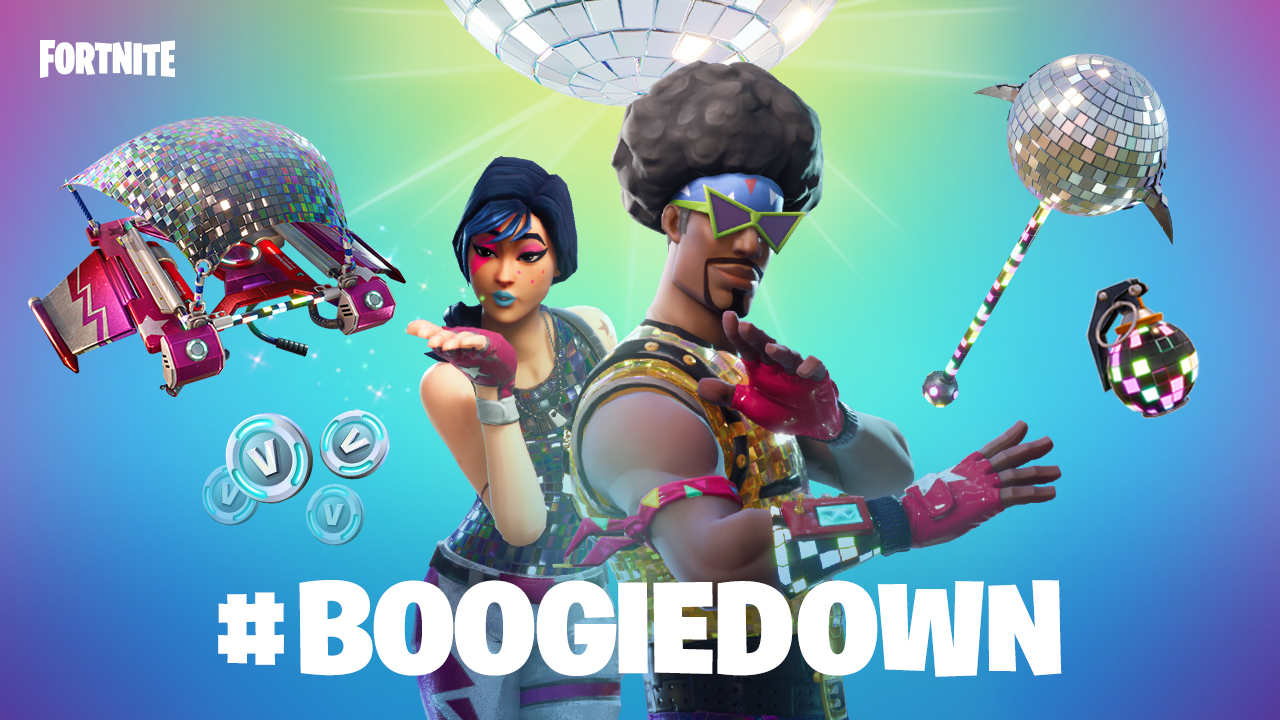 It’s no secret that Fortnite: Battle Royale players love to show off dance moves and emotes in-game after killing an opponent. And now, a new in-game emote is on its way to Fortnite courtesy of Epic Games’ boogiedown contest.

Epic Games announced the boogiedown contest at the end of March, allowing players and fans to send in videos of their best dance moves for a chance to have them added to the game.

Epic revealed the top 100 participants earlier today, and all of these winners will receive some pretty sweet prizes.

The grand-prize winner, Populotus, will have his funky dance added to Fortnite. Populotus will also receive an exclusive “IRL Boogie Bomb,” 10,000 V-Bucks, and Disco cosmetics.

The second through fifth place participants highlighted in Epic’s boogiedown video will get the same prizes as Populotus, other than having their dance added to the game. The remaining 95 winners in the top 100 will receive the Disco cosmetics and varying amounts of V-Bucks.

All of the top 100 dances from the boogiedown contest can be found on Epic’s website—and we strongly recommend checking them out because there are some fantastic videos.

Although this boogiedown contest has wrapped up, many Fortnite fans will be curious to see if Epic Games plans more fan-friendly events in the future.