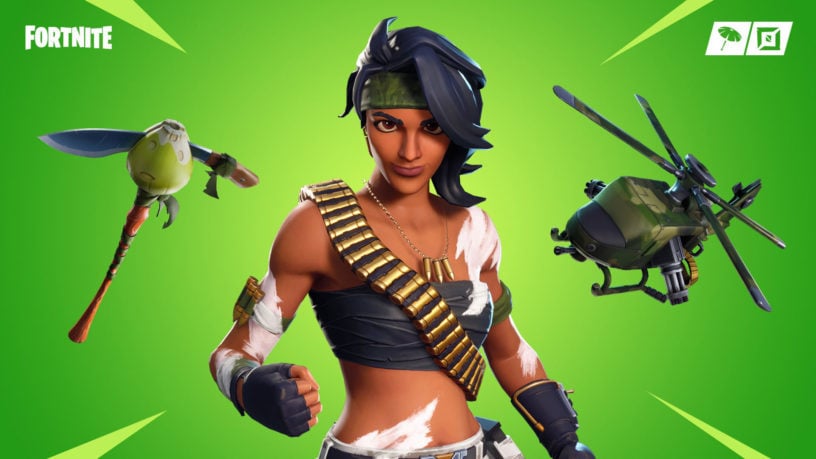 Though many aspects can make or break a top Fortnite player, like aiming and building, luck also plays a massive factor in the popular battle royale. The chances of you taking down a player with a golden tactical shotgun using a gray submachine gun will nearly always be lower than they would be the other way around.

Playing safe is one of the best pieces of advice that new Fortnite players receive. But this also requires safe landing spots, and loot options are limited at best when you land at less popular points of interest (POI).

Like every other season, the fourth leg of Fortnite’s second chapter introduced new changes to the map, which spiced up the game in terms of landing spots. The best landing spots in Fortnite are usually high-risk, high-reward options. There will be many other players landing with you, meaning you may need to do some killing before you concentrate on looting.

If you believe you have what it takes to clear a whole POI, then here are the best landing spots you can try out for the ultimate loot in Fortnite Chapter Two, season four.

Despite being one of the largest points of interest in Fortnite, Misty Meadows is one of the least popular landing zones. The fact that it’s far away from the center of the map means players landing here will usually need to hurry up while looting to make it back into the circle in time.

In addition to featuring a decent number of chests, including the ice boxes, Misty Meadows is also one of the best fishing hubs in Fortnite. You can build up your healing arsenal with fish before heading into the wild, which will come in handy when you quickly need to patch up your wounds.

Most chests are located in the houses’ attics and ground floors, meaning that you’ll always have cover while looting. The boats parked around the docks of Misty Meadows should also be enough for you to make your way into the circle once you’re done looting. You can use a boat’s rockets to fish more quickly and reduce your overall looting time.

No matter the patch, Slurpy Swamp stays as one of the top places to land simply due to all the free Slurp Juice laying around. Once you’re done looting Slurpy Swamp, you’re likely to leave the landmark with a full Shield bar, keeping you one step ahead of your enemies as long as they haven’t found any shield potions.

Early-game fights in Slurpy Swamp can prove difficult since most players there will also have full Shield bars, causing fights to drag on longer than usual. Considering how easy it is to access more Slurp in the area, rushing your enemies can be a valuable strategy since they’ll have time to replenish their shields if you don’t do so.

Slurpy Swamp is also fairly close to the center of the map, so you’ll likely be inside the first circle. You’ll also get a chance to hunt down other players moving toward the middle of the map from the edges.

If you have your eyes set on the new Imagined Order weapons, then IO Outposts can be at the top of your places to land list. The Rail Gun, Recon Scanner, and Pulse Fire have a higher chance of dropping in these areas since you’ll encounter a different type of loot chest when you’re in an IO Base.

IO Guards also carry these weapons, so you can even score one by taking out a guard. These guards behave like the henchmen that players have grown used to over the past couple of seasons, and you should do some light looting before taking the fight to them. While they’ll be easy to deal with once they’re alone, they can also have strength in numbers.

The level of competition in these Outposts will be relatively high, especially in squad matches. Most players will look forward to scoring a few of these powerful guns during the early game and try picking up fights as quickly as possible. Even if you clear out one of these bases, be careful as you’re walking out since it isn’t unusual for other players from the nearby landmarks to try to steal your glory. 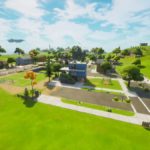 The houses make great cover, and there’s enough loot inside each of them to get you to a fighting shape. If you’re looking to get enough loot that will last you until the late game, however, you’ll need to take on early fights.

Pleasant Park is one of the busiest spots on the map, and even if you try to avoid fighting against someone, a fight will find you. If you’re satisfied with the loot you’ve found, you can always take the back exit of the house you’re in and run for the hills.

Sweaty Sands rebranded itself as Believer Beach in Fortnite Chapter Two, season seven. Not much has changed about the landmark, however, and it’s still a busy spot for anyone who doesn’t like to land in the middle of the map.

Despite the minor theme change, Believer Beach still has the highest number of chest spawns on the map, meaning there’ll be enough loot for a squad in there. It’ll be slightly trickier if you’re landing solo since there will be competition, and the number of buildings in the landmark can make it slightly harder to chase down enemies.

Staying vigilant as a solo will be key in Believer Beach. Squads will have more room around the landmark since you’ll be able to loot different buildings as groups or while staying relatively close to each other. If you hear too many gunshots in the area, it’ll be wise to stay away from the beachside because you’ll be relatively easier to spot.

Though these are some of the best spots to land this season, developing a looting pattern will always be more potent than landing at the best places. Choose a point of interest and practice looting around the area to increase your odds of surviving in competitive matches.

Most professional players have their own fixed landing spots where they know the ins and outs of a place, making it extremely hard for opponents to fight them. Since you’ll know what you’re doing and where you should go, this can help you be one step ahead of your landing competition to secure some early kills.

Though it’s possible you can develop your own looting patterns by exploring your favorite spots to land, you can also take advantage of veteran players’ guides that showcase some of the most optimized routes in Fortnite. Another great way to discover looting paths is to watch professional matches and focus on only a single player’s perspective. Pay attention to their early game movement and try to mimic what they do in a game of Fortnite to start becoming a deadly threat in the weekly Cash Cups.