Get ready for the Archetype skin. 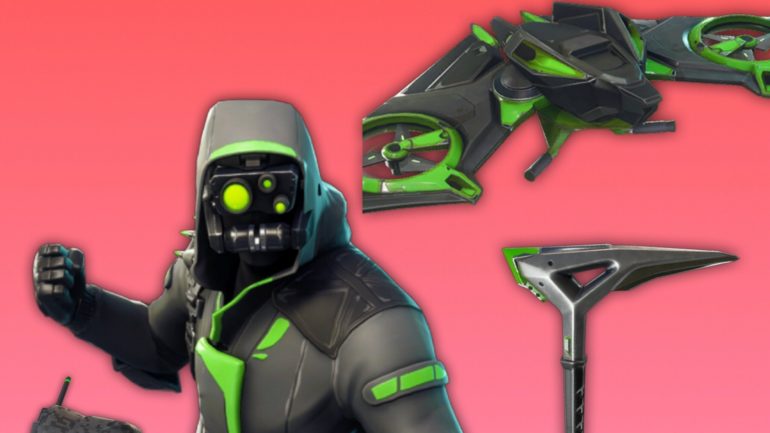 Fortnite: Battle Royale’s third Twitch Prime Pack may be on the way. A new leak posted by Twitter account Fortrise(n) hints that the Archetype skin, which was datamined last week, is on the way along with three other cosmetics as part of Twitch Prime Pack 3.

The Archetype outfit skin is part of the Modern Military set, a futuristic pair of military gear. Alongside the Archetype skin, expect three additional cosmetics within the set: the Calipher Pickaxe, the Servo Glider, and the Paradigm Back Bling. All four cosmetics were found while datamining Fortnite’s version 5.1 patch, however, leakers were unaware of the set’s role in the game until just recently.

For now, it’s unclear when the third Twitch Prime Pack will go live. The game’s previous Twitch Prime Pack ended on July 11, which means it’s been nearly three weeks since Fortnite players could score free loot for simply owning a Twitch Prime account. Luckily, August is on the way, and Twitch normally unveils more Prime giveaways as the next month begins, so expect more news in the coming days ahead.

The Modern Military set wasn’t the only skin datamined last week as part of Fortnite’s Version 5.1 update. A beach-themed Lifeguard set was also found in the game’s files, along with the Scuba set, the drag race-inspired Street Racer set, the Wreck Raider scuba diver outfit skin, the Shade outfit skin, and a shark with a laser attached to its head aptly called Laser Chomp.

It’s unclear for now when players can unlock these skins, but with most of them sporting a summer theme, it’s safe to say they’ll be here sooner rather than later during Season 5.