The rocket in Fortnite: Battle Royale has officially been launched - Dot Esports
Skip to content 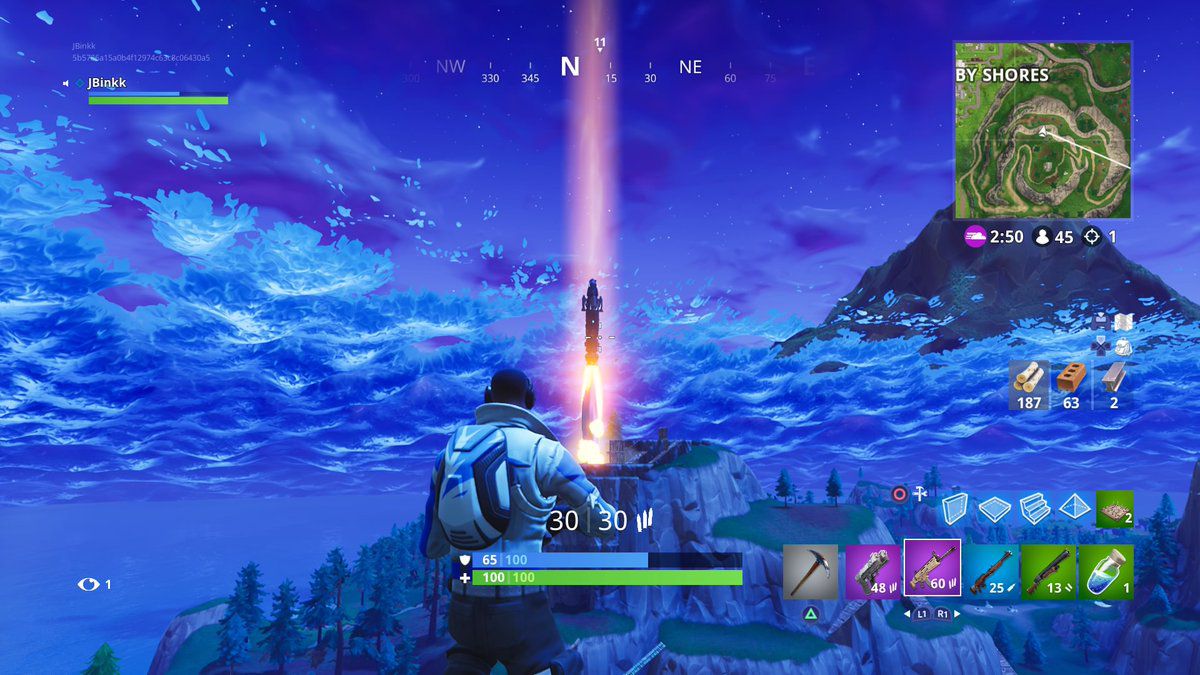 Epic Games posted an in-game message on Friday that confirmed the rocket in the villain’s lair near Snobby Shores would launch at 12:30pm CT.

As the countdown timer slowly approached zero, thousands of Fortnite players jumped out of the Battle Bus and tried to find the best possible view of the rocket taking off.

But many Fortnite fans weren’t prepared for what happened next.

The rocket erupted out of the villain’s base and shot up into the sky. A piece of the rocket (potentially a thruster or the engine) did break off in orbit and landed at Anarchy Acres. But then red lasers started shooting out of the rocket. It began flying through what seemed like portals and the sky was promptly ripped open.

Related: The Fortnite solo kill world record was broken during the rocket launch

At the end, the rocket left a giant, mysterious crack in the sky.

This rocket launch has left Fortnite players and fans with more questions than answers at this point. We’ll update this article as we learn more about what we just saw.