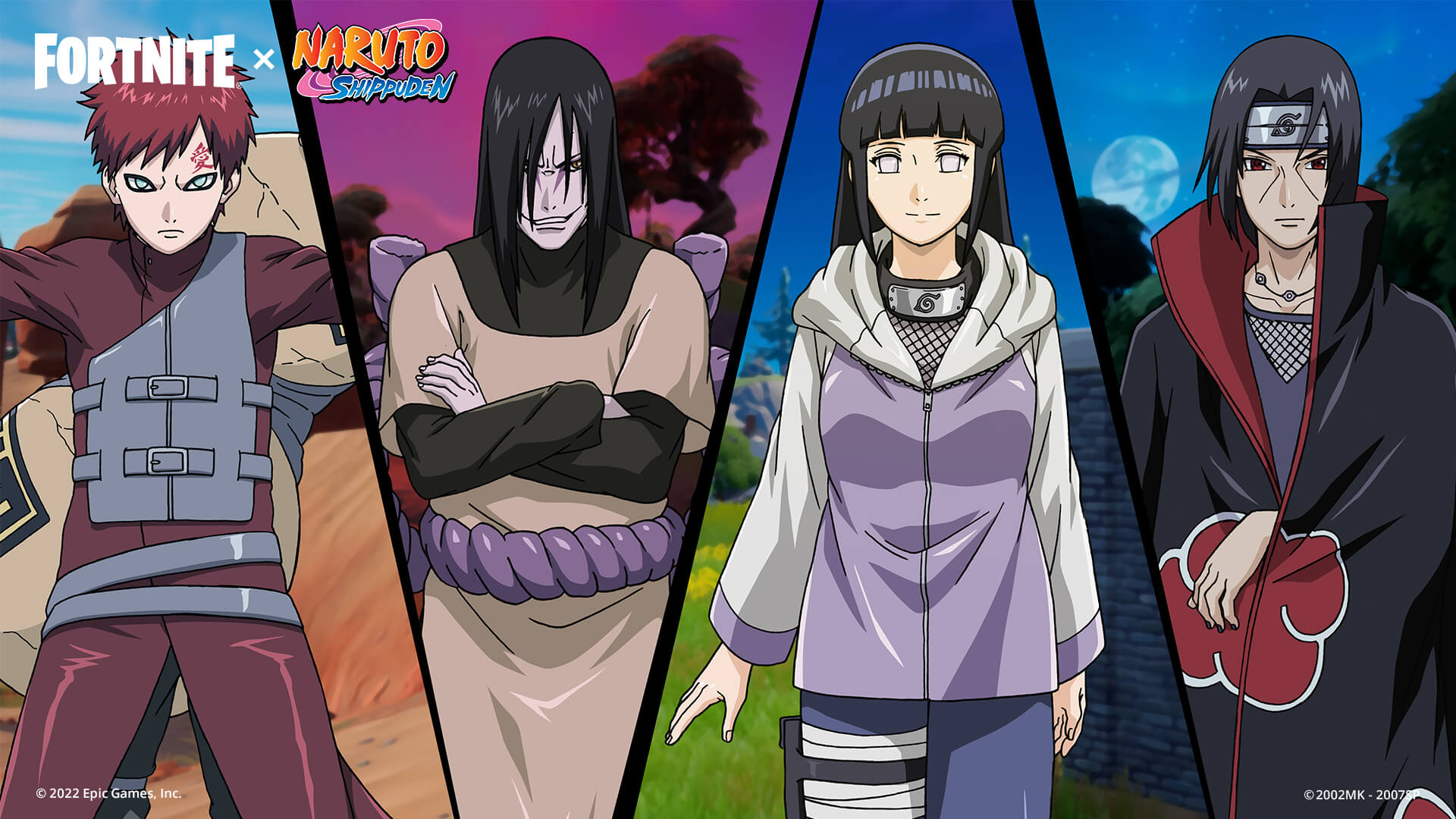 Fortnite‘s crossovers have become a major appeal of the game, with the roster of copyrighted characters growing by the week. After a handful of leaks from forums and ads in Japan, the next series of Naruto skins coming to Fortnite have been announced. Gaara, Itachi, Hinata, and Orochimaru are all coming to the Item Shop on June 23 at 7pm CT.

Epic Games announced the collaboration in an official tweet on Fortnite‘s account. The theme this time around is Rivals, whether they be friends or foes. Each of these characters was a rival to the previous group of Naruto skins and served pivotal roles in the series.

In addition to each style shown above, the characters will come with an alternate style that showcases an outfit from another period of their time in the series. Itachi features a Black Ops style, Gaara has the Fifth Kazegage style, Orochimaru has a Hidden Leaf Era style, and Hinata has the Hinata Uzumaki and Byakugan styles.

Players will also be able to purchase the Ninja Gear Bundle, which comes with the Rasenshuriken emote, the Manda glider, Minato’s Kunai Pickaxe, the Sword of Kusanagi pickaxe, and the Akatsuki wrap.

Players will need to choose one of the four new characters and take on their challenge. For each of these “paths” they complete, they’ll earn a badge. The first badge awards the Akatsuki wrap, while completing nine will give the Manda snake glider as long as you complete all four paths. For each character the player gets a badge for, they’ll unlock an emoticon for them.

The Hidden Leaf village will be returning to the game on June 23rd at 7pm CT, the same time that the cosmetics will release. Players will be able to visit classic locations from the anime like the Hokage Residences, Ichiraku, and the Hospital.