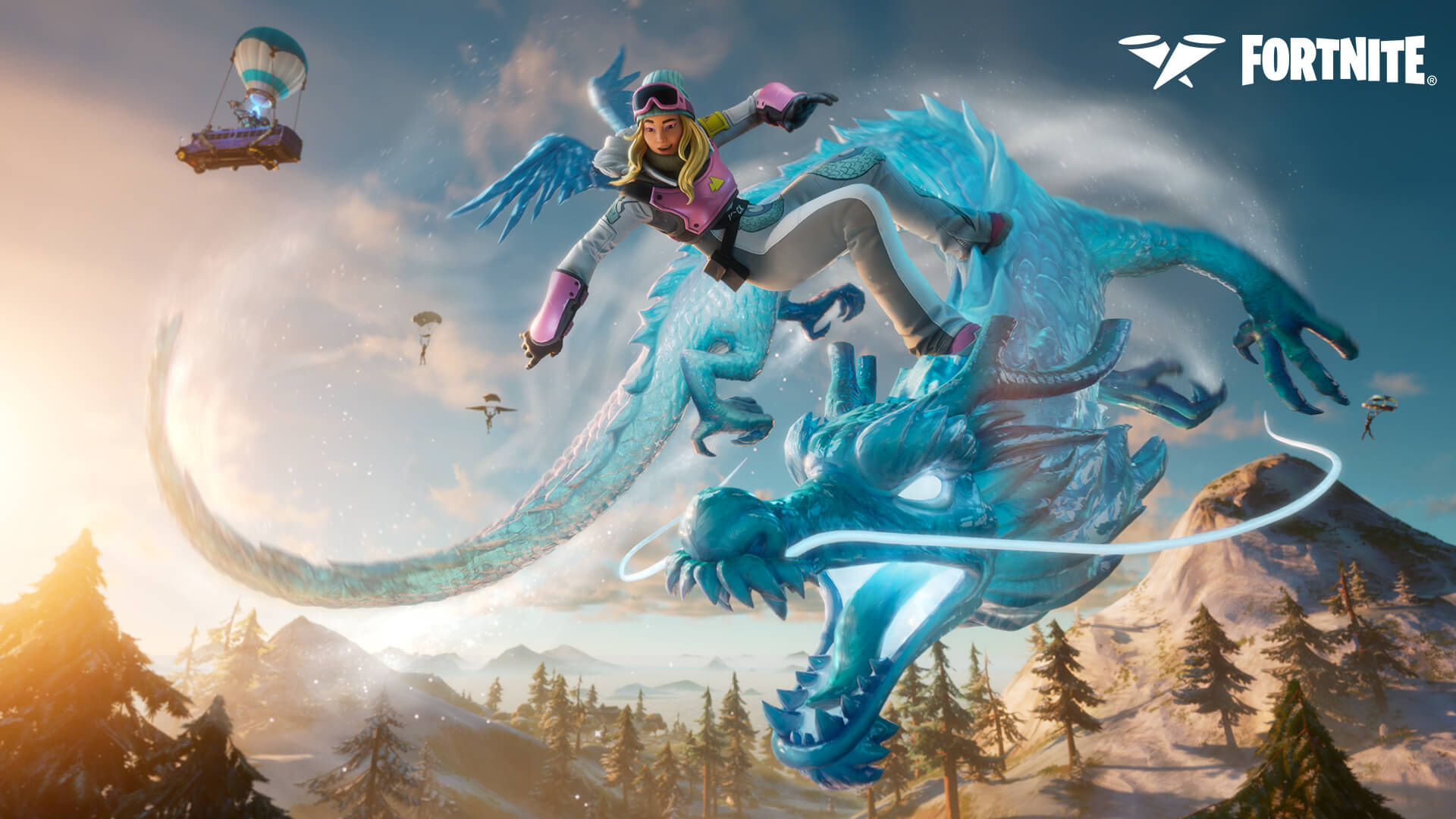 Fortnite has brought dozens of celebrities and sports stars into the game through its Icon Series. And now, Chloe Kim will be next person to get a skin. Kim is a two-time Olympic gold medalist who became the youngest woman to win an Olympic snowboarding competition in 2018 at 17.

In a tweet posted this morning, Fortnite announced that Kim will be “sliding in” to the game starting on March 26 at 7pm CT. At that time, players will be able to purchase the bundle in the item shop.

Players will have another opportunity to win the skin early, however. The Chloe Kim Cup on March 24 will give the top-performing players in each region the skin before it debuts in the shop.

It isn’t just one outfit, though. The Chloe Kim skin comes with three alternative styles. The original outfit is a gray snowsuit with a blue dragon wrapped around the left leg. The additional styles include the black and gold Back to Back, the pink and blue Pink Poppies, and the icy Deep Freeze.

An interesting part of the Pink Poppies variant is that it’s reactive, turning Kim icier and icier as she gets more eliminations. Eventually, this transition will turn her into the Deep Freeze skin.

In addition to the outfits, Kim comes with the range of accessories that past Icon Series guests have had. The back bling is a pair of ice wings called the Sub-Zero Flight, the harvesting tool is a cold Frozen Flourish pickaxe, and Kim’s glider is a dragon named Nunbola, the Korean word for “snowstorm.”

There’s also an emote called Board Flair that shows Kim doing a trick in mid-air. Nunbola even gets its loading screen with Kim gliding down on his back.

The Chloe Kim Cup will follow the same rules as previous Icon Series competitions. This time, it will feature Duos in 10 matches fighting to score points. Each elimination the player gets earns them a point, with 25 points needed to win. To compete, players will need to have two-factor authentication enabled and have a profile that is over level 50.

In addition to the competition, Fortnite is also taking note to feature winter-themed levels leading up until March 30. Epic recommends Penguin Peak Hub to go skiing with other players to prepare for the release of Kim’s skin in just a few days.

Players can expect the first no-build Cup on March 24, with the Chloe Kim skin coming to the store two days later.