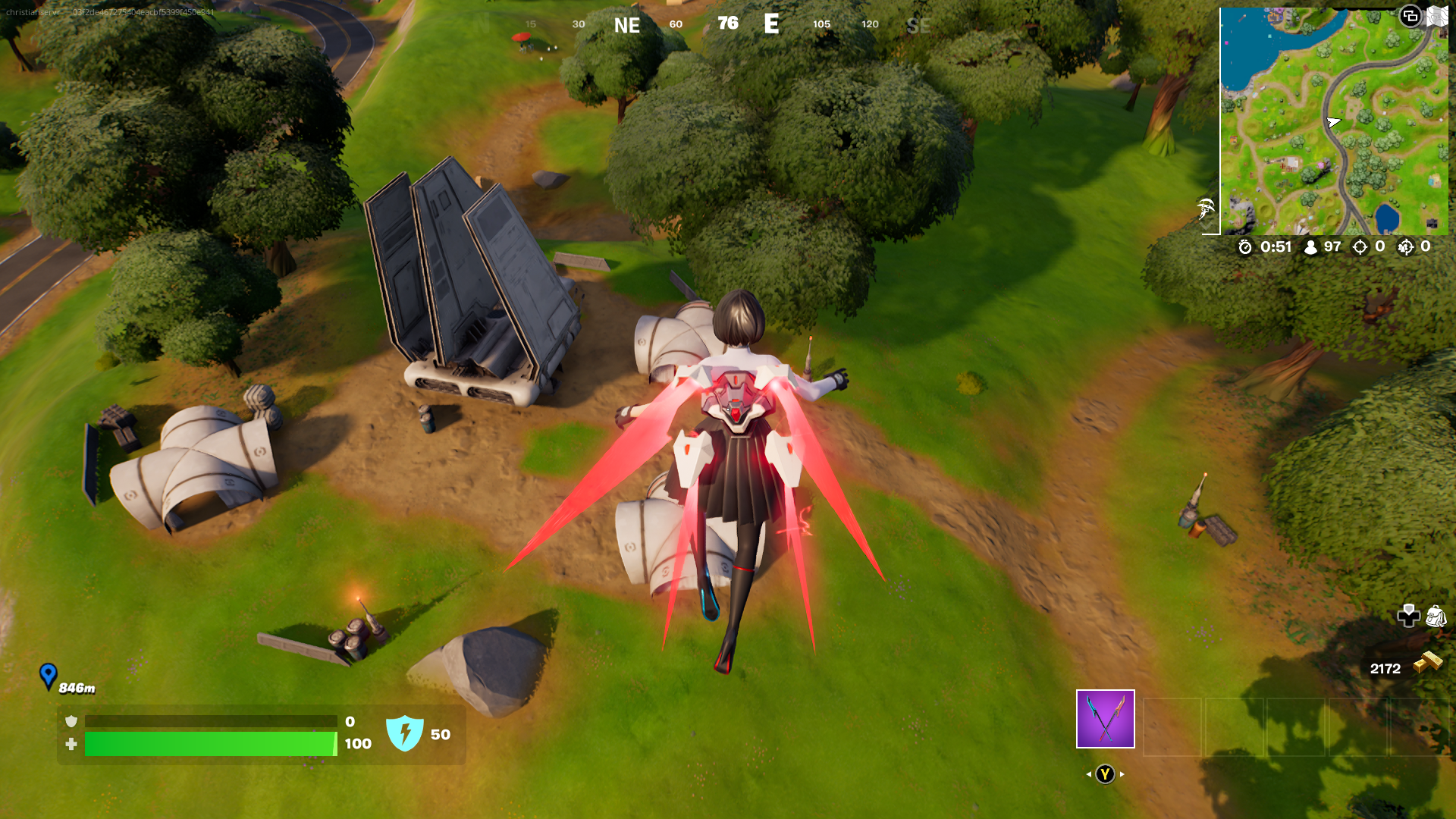 Fortnite is the best place for entertainment franchises to introduce their characters, with new IPs being added by the week. In recent months, the game has been adding new Star Wars cosmetics like Darth Vader and Obi-Wan Kenobi. Now, Darth Vader is actually landing on the island and is bringing some of the series’s weapons to the game.

While it may seem like Darth Vader lands on the map randomly, there are spots that are already set up where his ship can land. Each of these spots also spawns Imperial Chests with E-11 Blasters and support items inside. Darth Vader will also be supported by two Stormtroopers following him around, and they can be eliminated to get a new blaster.

The locations where players can find E-11 Blasters and Darth Vader’s ship are listed below.

While these spots will provide weapons that are readily available, players are flocking to them in a hurry. Whether they want to face Darth Vader or complete the Vibin’ quests, these landing spots are very popular among the community.

On top of that, getting the Mythic Darth Vader’s Lightsaber will take some hard work due to the strength of Darth Vader. The boss character can throw his lightsaber, pull the player in closer, and jump to incredible heights to get closer to his enemy. He’s also often flanked by two Stormtroopers, so it’s not an easy fight to win.