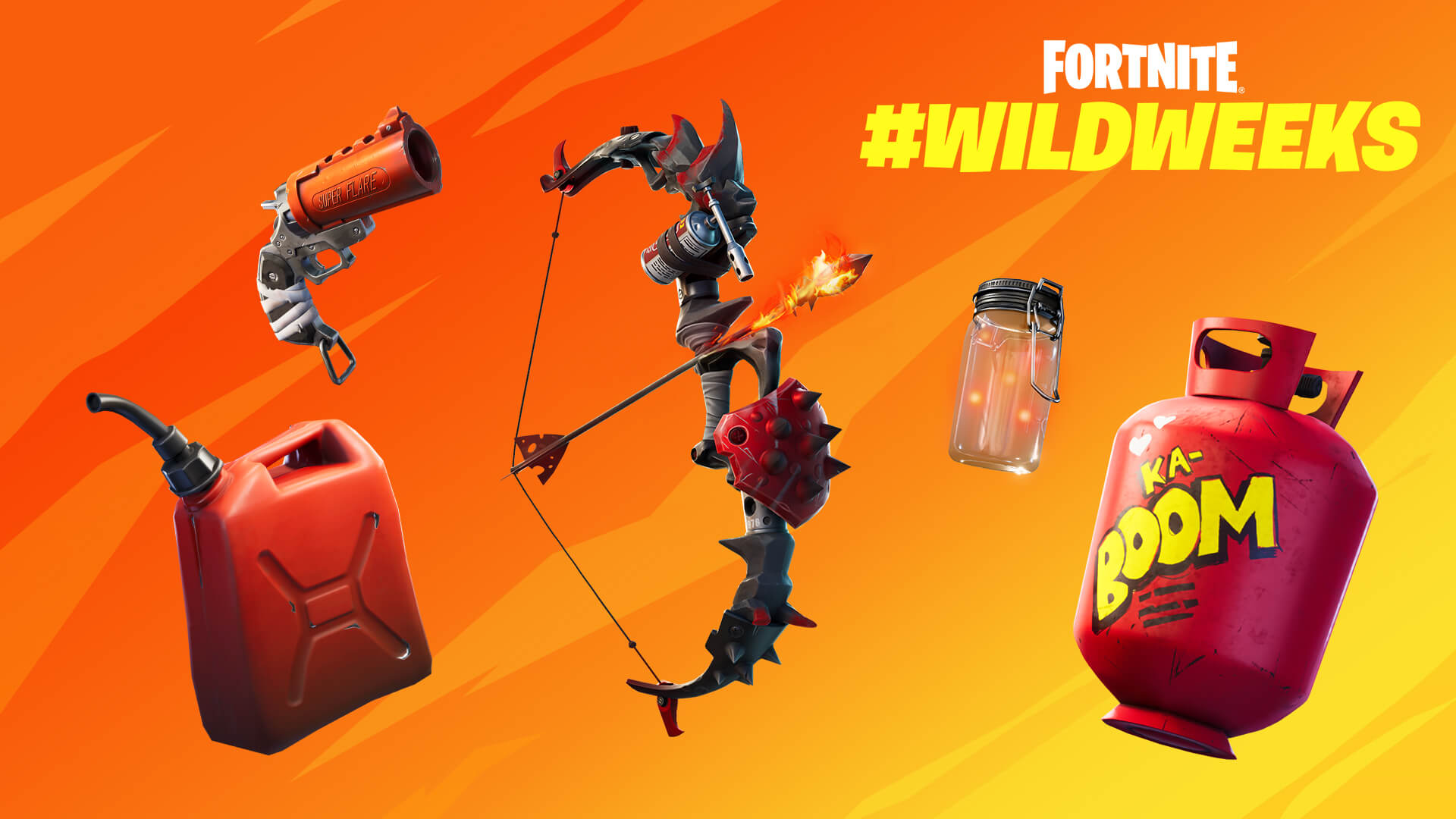 Fortnite is frequently introducing new themes and challenges to keep players engaged while also giving them plenty of opportunities to test their skills. Near the end of every season, Epic Games will initiate Wild Weeks, which usually involve some kind of theme that challenges the player through special unvaulted weapons, like this week’s Fire Wild Week.

During Fire Wild Week, Epic has unvaulted the Dragon’s Breath Shotgun, and the Primal Flame Bow, and increased the spawn rate of Chug Cannons and Fireflies. Players will be able to use these weapons to complete the following challenges for XP.

To ignite structures, you’ll simply need to find one of the fire-based weapons and head to one of the POIs with a lot of buildings. Places like Sleepy Sound or Tilted Towers will work great due to the number of close buildings that you can set on fire. Through or shoot the weapon at a cluster of buildings and watch the flames travel through them.

If you can find a Dragon’s Breath shotgun in Tilted Towers, it’s a great opportunity to finish that quest due to the close-quarters nature of many of the fights in that POI. You can collect Firefly Jars in most wooded areas on the map or in chests during Fire Wild Week. If you use them to ignite structures, you can finish two quests in one move.

Extinguishing 100 fires with Slurp may prove a little difficult, but all you need to do is find one of the new Chug Splash Cannons or six packs of Chug Splash around the map. You may need to start a fire yourself, but then you can douse it with your collected resources. It might be wise to let the fire spread before you put it out to ensure you put out the most fires at once.

Hit two opponents with the fully drawn Primal Flame Bow by finding the bow in one of the major POIs. Other players will also likely land there, increasing the number of players you’ll be able to take out without traveling too far. Lastly, you’ll likely defeat 10 opponents with fire-based weapons while you’re doing the other quests, so this one pretty much completes itself.

Fire Wild Week will likely end next Tuesday or could last until the end of the season, depending on how Epic is preparing for next season’s release.