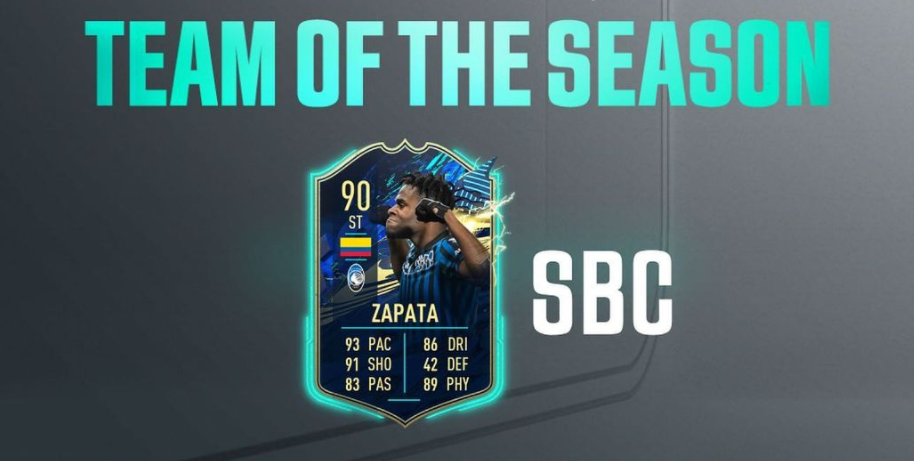 This is Zapata’s second special card. He’s part of the Community TOTS promotion and will be available until April 30. Team of the Season celebrates and highlights the best players who had a major impact on their respective clubs in the different leagues across Europe.

This card is great. He has good stats, as well as a four-star weak foot and skill moves. If you apply the engine chemistry style, you’ll increase his Dribbling (+6), Passing (+5), and Pace (+4), which will maximize his Sprint Speed and Short Passing.

This SBC costs around 118,500 FUT coins on PS4, 110,350 on Xbox One, and is a bit more expensive on PC (134,350 FUT coins). The price is a little high when compared to similar cards, but he can make strong links with incredible players like the 91-rated TOTS Josip Iličić from Wolverhampton.

If you want to complete the TOTS Zapata SBC, you’ll have to turn in just one 85-rated squad with 75 chemistry minimum, one Inform card, and at least one player from Serie A.

Here’s the cheapest solution to complete TOTS Duván Zapata right now, according to FUTBIN, a website that specializes in FIFA content.