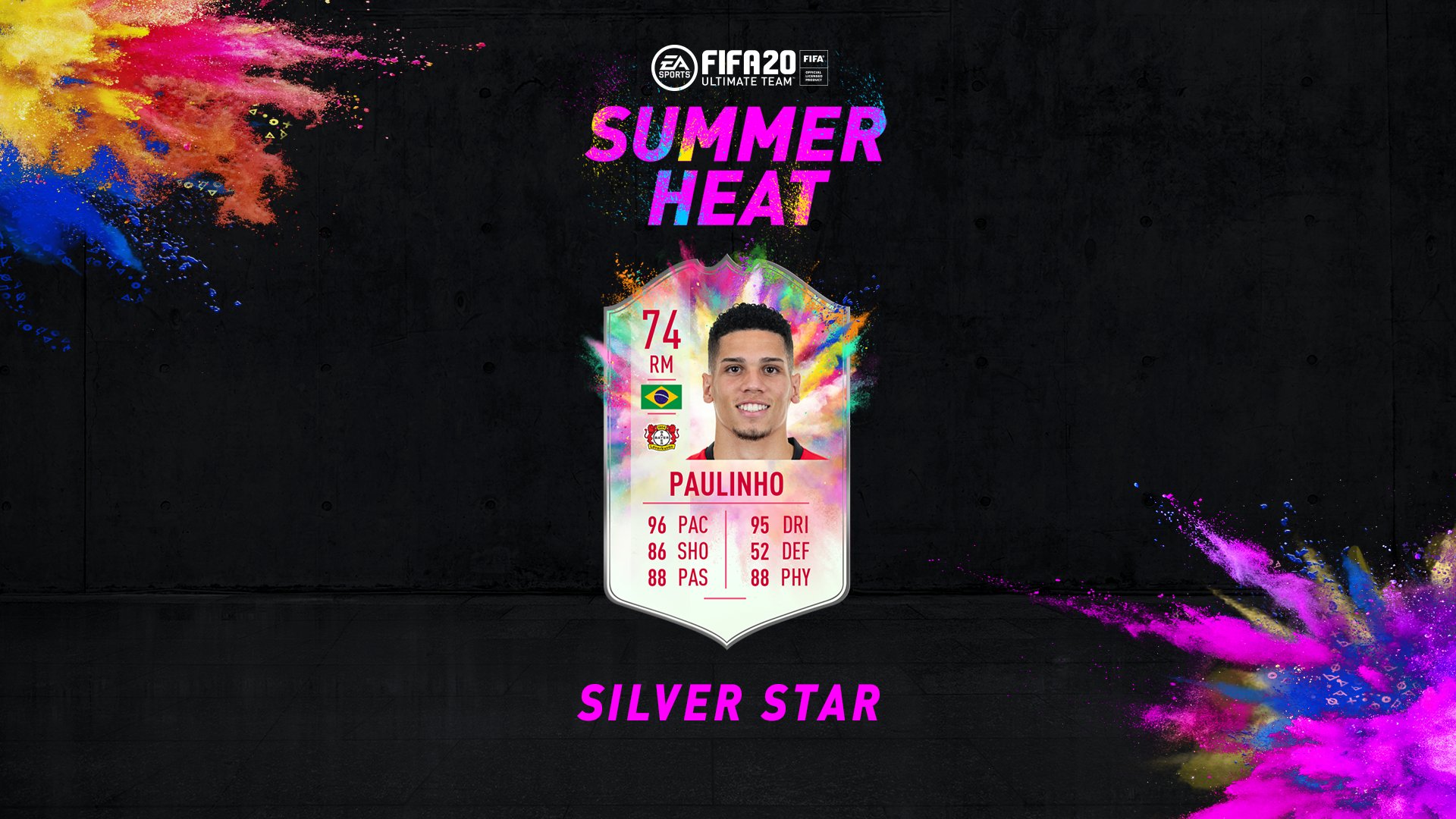 EA has given the Brazilian more Pace (+17), Shooting (+25), Physical (+21), Dribbling (+20), and Passing (+22) stats when compared to his 71-rated base silver version. His Shooting skills still aren’t that great compared to other cards but you can fix that with the sniper chemistry style, which will also boost his Reactions and Composure, making him a great offensive option.

This SBC costs around 130,000 FUT coins on any platform at the moment. There are plenty of quality links available, whether you want Bundesliga or Brazilian options. You can link Summer Heat Silver Star Paulinho with Team of the Season So Far (TOTSSF) Kai Havertz 94-rated from Bayer Leverkusen, TOTSSF 92-rated Philippe Coutinho from Bayern Munich, and some cheap but good midfielders such as TOTSSF Renato Augusto 94-rated from Beijing Guoan and TOTSSF Oscar 93-rated from Shanghai SIPG.

Here’s the cheapest solution to complete the Summer Heat Silver Star Paulinho SBC right now, according to FUTBIN, a website that specializes in FIFA content.