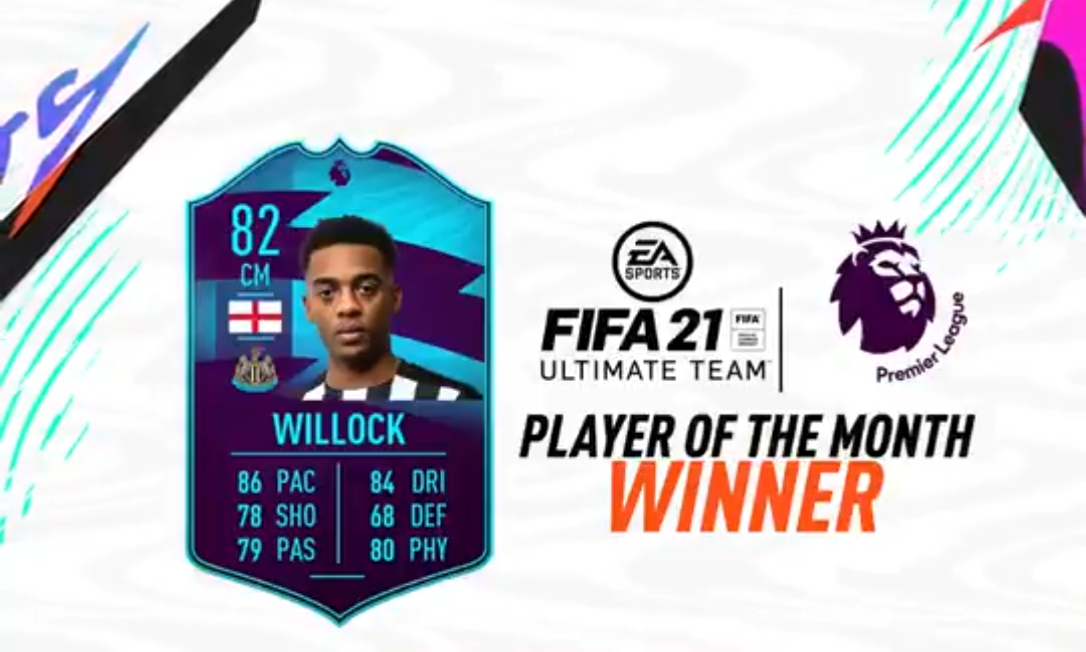 EA Sports introduced an 82-rated Player of the Month (POTM) version of Joseph Willock from Newcastle United to FIFA 21 today. This item is available through the squad-building challenge (SBC) menu in FIFA 21 Ultimate Team.

This is Willock’s first special card in FIFA 21 Ultimate Team. The English midfielder earned the POTM trophy because he scored four goals in Premier League matches in May. He scored one goal against each of these clubes: Manchester City, Leicester City, Sheffield United, and Fulham, which helped his club to win three out of the four last games of the season.

EA has boosted all of Willock’s stats, including Shooting (+14), Physical (+13), Passing (+13), Dribbling (+12), Pace (+11), and Defending (+11), when you compare this new card to Willock’s 71-rated silver version. This POTM card is not really an usable option at this stage of the game, where many players are fielding Team of the Season (TOTS)-level cards. But you can still have fun with it if you’re an English or Newcastle United fan, or just use POTM Willock in a SBC of your preference in the future.

This SBC costs around 20,000 FUT coins on any platform, which is as cheap as you can get. It requires only an 80-rated squad with 80 chemistry minimum, one Premier League player, and at least one Inform. You can complete it until June 26.

Here’s the cheapest solution to complete POTM Willock SBC right now, if you build it from scratch.