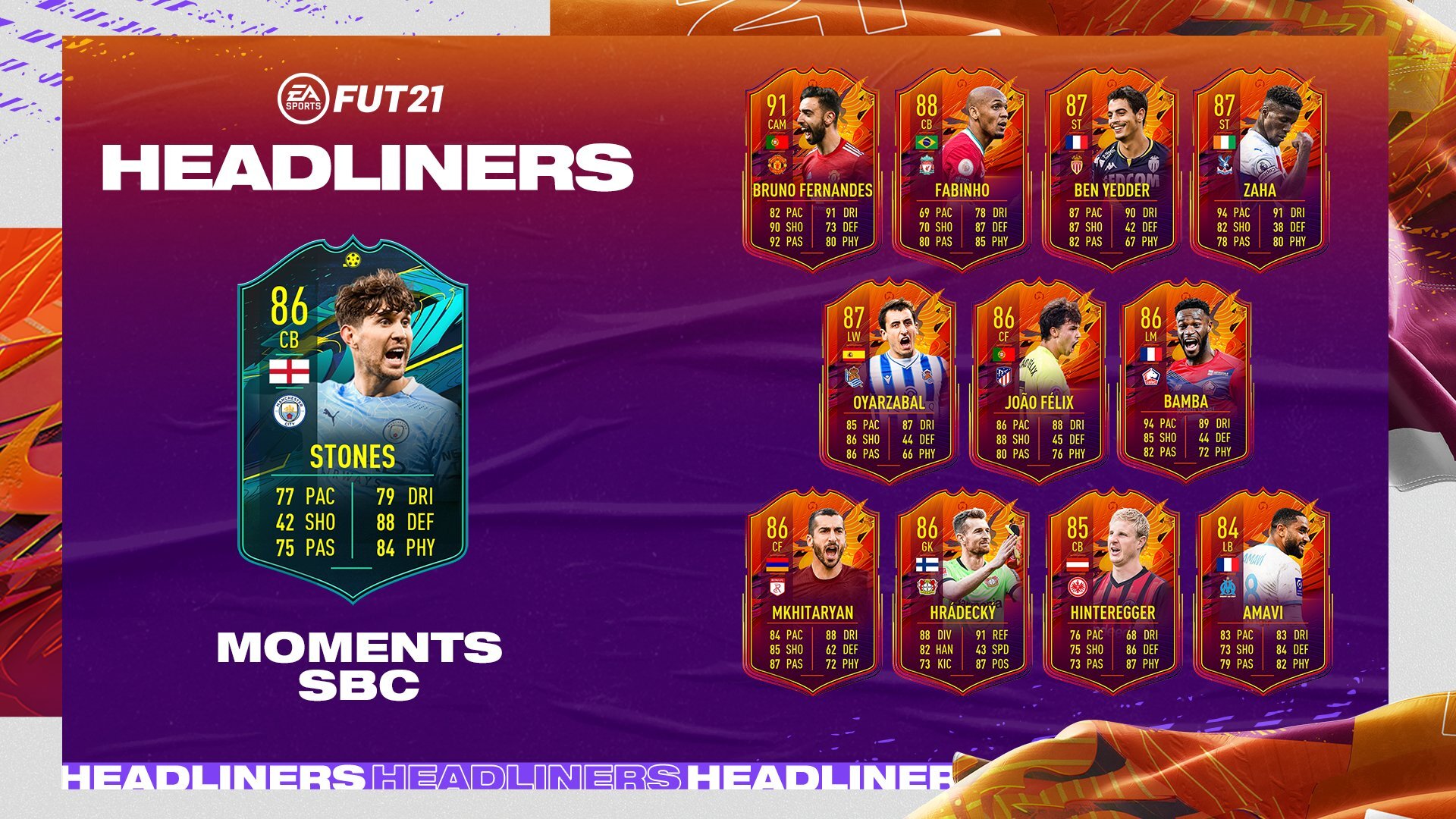 EA Sports introduced an 86-rated Player Moments version of John Stones from Manchester City to FIFA 21 Ultimate Team today. It can be obtained by completing a set of squad-building challenges (SBC).

This is Stones’ first special card in FIFA 21 Ultimate Team. Moments cards are used to celebrate a special match or season that a specific player had in the past. EA created this Player Moments card to celebrate Stones’ decisive goal-line clearance against Liverpool in the Premier League’s 2018-19 season.

This SBC costs around 142,250 FUT coins on Xbox One and 152,200 FUT coins on PC, but it’s a bit more expensive on PlayStation 4 (161,950 FUT coins). The card isn’t too expensive given his high Defending and Physical skills while having a defensive position. You can even apply the shadow chemistry style to further improve his Defending and compensate for his low Pace.

If you want to complete the Player Moments Stones SBC, you’ll need to turn in just one 85-rated squad with 75 chemistry minimum, at least one Inform, and one player from Premier League.

Here’s the cheapest solution to complete Player Moments Stones right now, according to FUTBIN, a website that specializes in FIFA content: