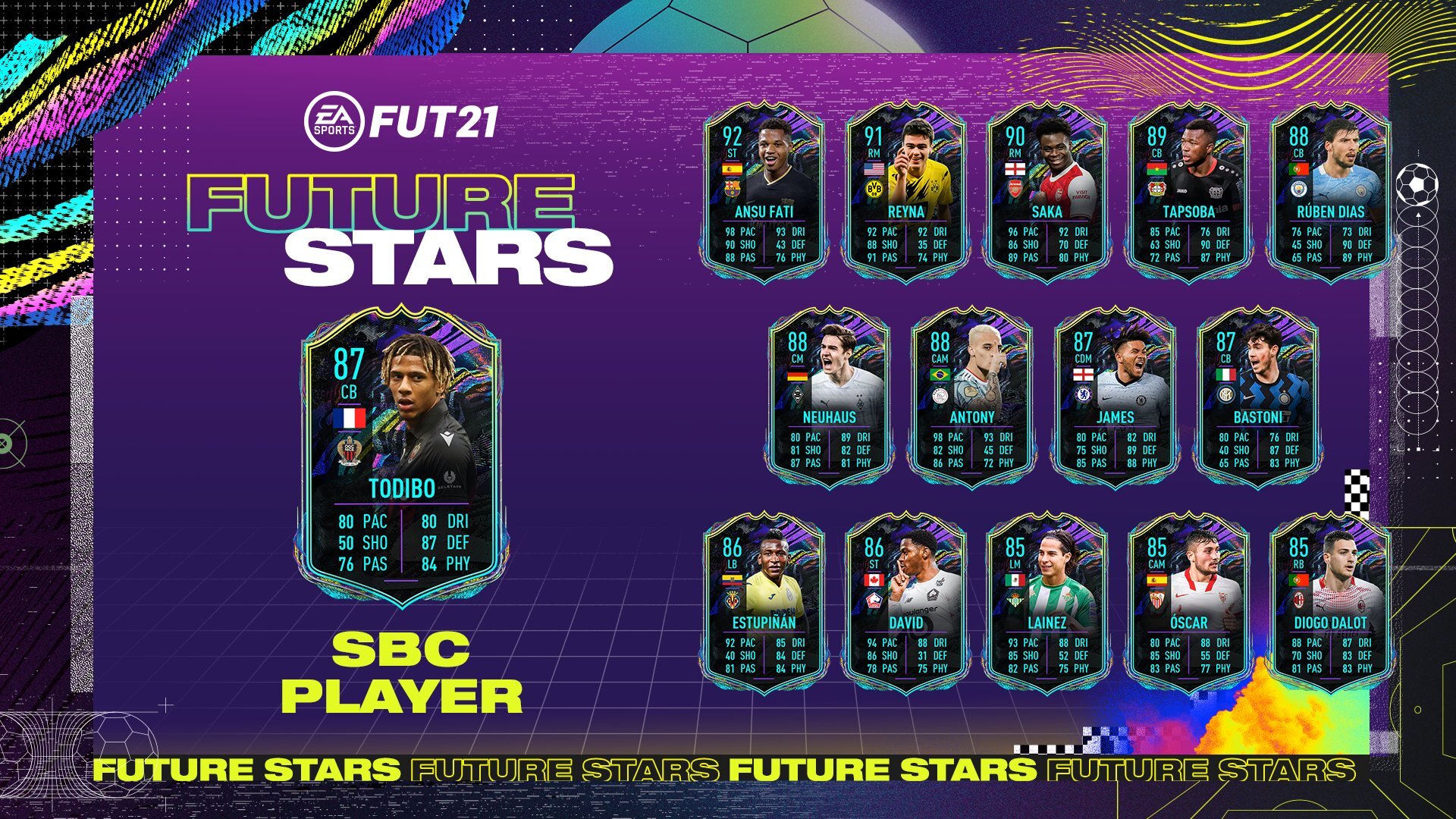 EA Sports added an 86-rated Future Stars version of Jean-Clair Todibo from OGC Nice to FIFA 21 on Feb. 13. This item is obtainable through the squad-building challenge (SBC) menu in FIFA 21 Ultimate Team.

This is Todibo’s first special item during the FIFA 21 Ultimate Team cycle. This card is a part of the Future Stars promo, which was launched on Feb. 5.

EA generously upgraded Todibo’s stats, including Passing (+15), Dribbling (+15), Defending (+12), Physical (+10), and Pace (+7) when compared to his original 75-rated gold card. It’s a good card when looking at his four-star skills and stats, especially when you apply the shadow chemistry style.

This card costs around 205,500 FUT coins on PlayStation 4, 199,350 on Xbox One, and 221,750 on PC. It has a surprisingly lower price than expected since Future Stars Bastoni and 86-rated Kimpembe have similar, or even worse, stats but a higher price at around 300,000 FUT coins on any platform.

You can also make a strong link using Future Stars Todibo with incredible players such as 97-rated Team of the Year (TOTY) Mbappé from Paris Saint-Germain or 91-rated Future Stars Camavinga from Rennes.

You can complete this SBC until Feb. 19. Here’s the cheapest solution to complete Future Stars Jean-Clair Todibo SBC right now, according to FUTBIN, a website that specializes in FIFA content.