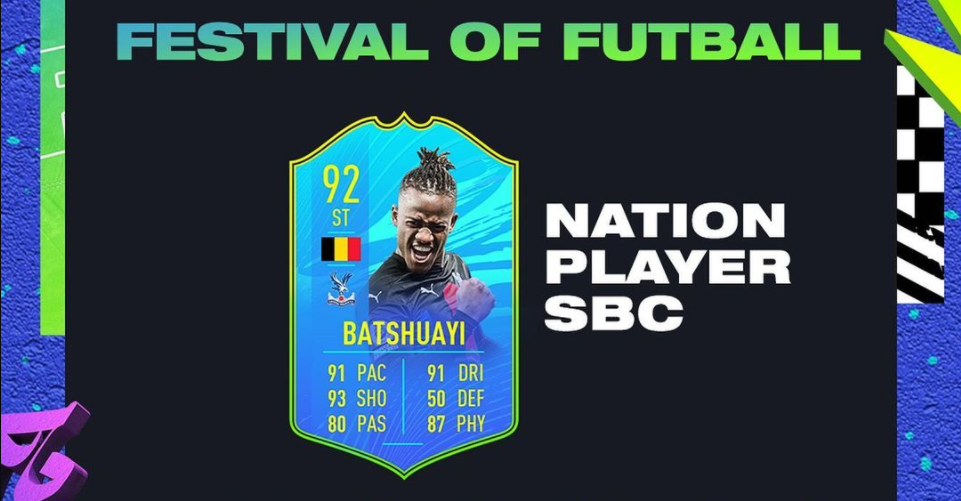 This is Batshuayi’s first special card in FIFA 21 Ultimate Team. He’s also the first player from Belgium in the FOF Nation Player promo. But unlike the Path to Glory promo, this card won’t receive an upgrade depending on how many wins the Belgium national team gets during the Euro World Cup.

This is a balanced card, with only his 50-rated Defending as the weakest skill. The highlights of his stats are his 93-rated Shooting, 91-rated Pace and Dribbling, a five-star weak foot, and a four-star skill moves.

If you apply the engine chemistry style, you can further increase his Defending (+7), Physical (+7), and Pace (+4) to make all of Batshuayi’s skills be above 90 and maximize his Sprint Speed.

FOF Nation Player Hateboer costs around 202,000 FUT coins on PlayStation, 213,750 on Xbox, and 236,450 on PC. This is an unbelievably good card for this low price and on top of the previously mentioned qualities, he can make a strong link with incredible Belgium players such as 96-rated TOTY De Bruyne, 91-rated Origi, and 90-rated TOTS Tielemans.