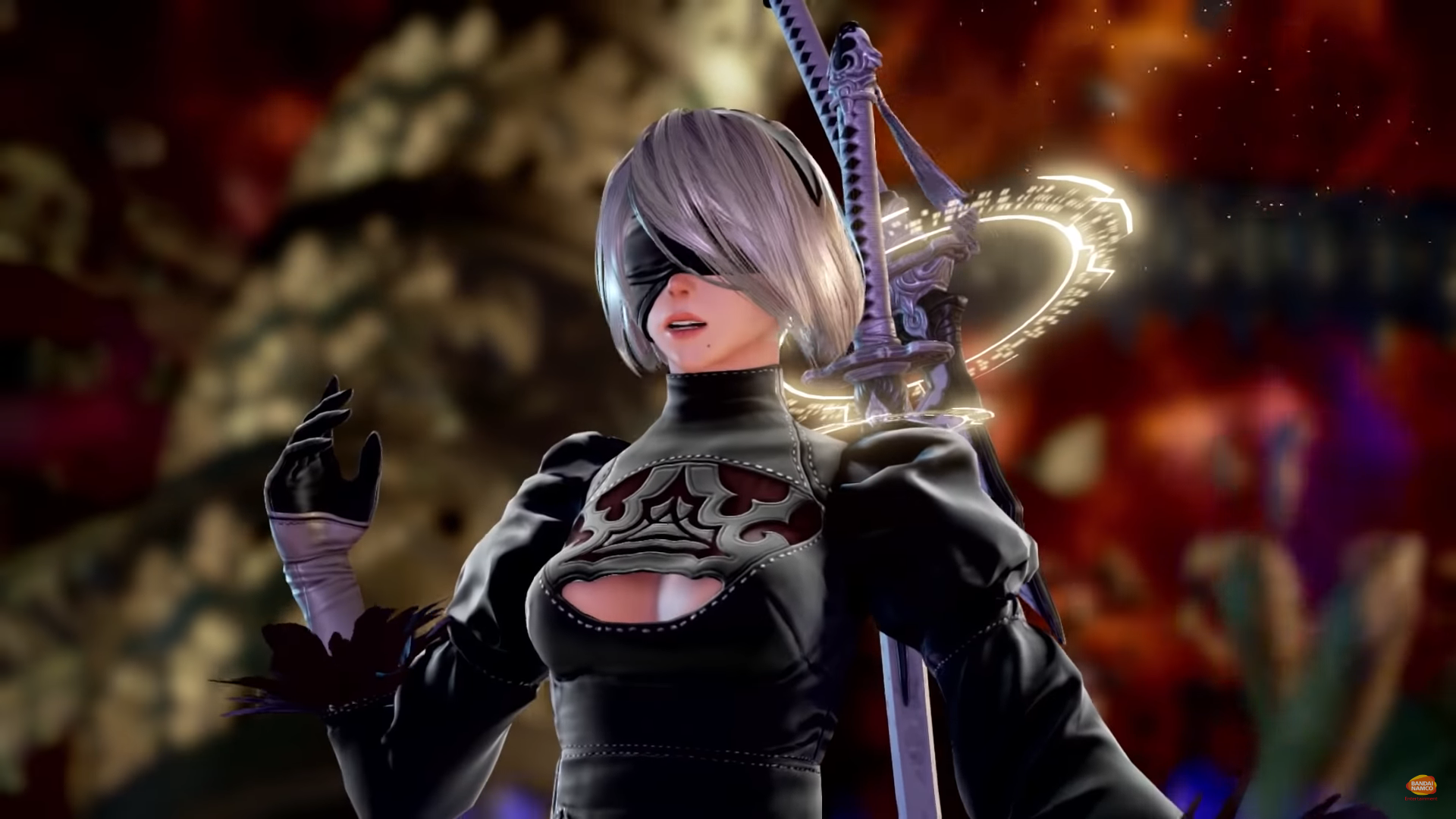 Soulcalibur VI will get its second guest fighter sometime in the future, Bandai Namco and Square Enix announced at this year’s Paris Games Week.

That character is 2B—or 2B: YoRha No.2 Type B as she’s known in Nier: Automata. She’s set to be one of the game’s first DLC fighters with her trademark abilities and unique style of fighting.

2B will be the second guest character to appear in the game alongside Geralt from the popular Witcher series made by CD PROJEKT RED. It’s unknown at this time how many other guest characters might appear in future DLC packs, or if these two are the only ones that will be added to the title.

She also appears to have a rivalry with Soulcalibur’s Ivy for some reason, although it’s unknown if this will carry over into the game or if it was made exclusively for the trailer.

There’s no official release date or price for 2B as of yet, but we do know that she’s set to come with an additional costume, a unique stage based on the game, a set of weapons to use with her or a custom character, and a bunch of extra parts and stickers to use in the character creation screen.