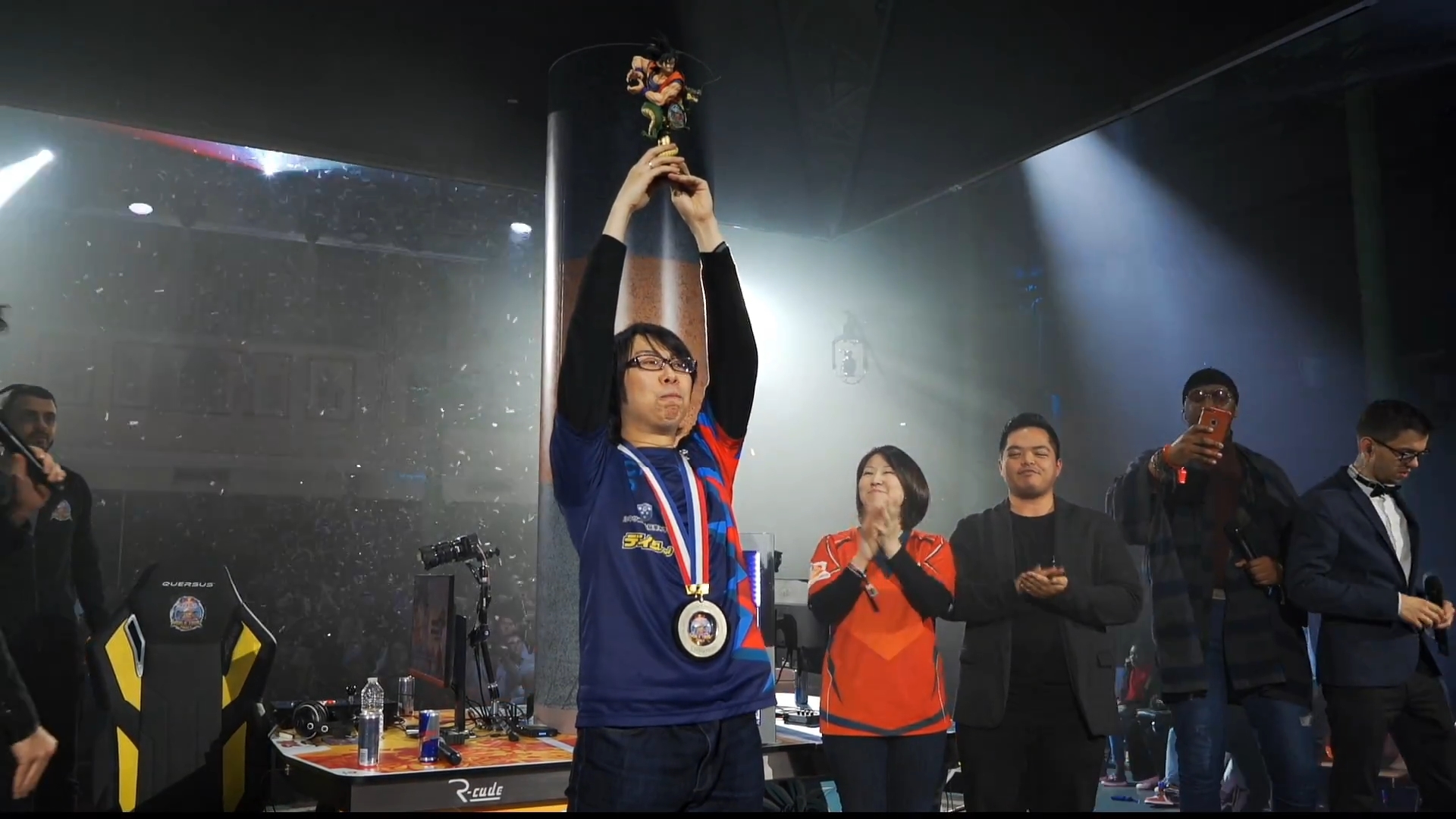 A battle between the best player of 2019 and last year’s grand finals runner-up was nothing but pure hype for the crowd as Goichi “GO1” Kishida and Shoji “Fenrich” Sho clashed in the Dragon Ball FighterZ World Tour Finals.

Both players are sponsored by CYCLOPS athlete gaming and live in Osaka, Japan, meaning they know each other better than almost any other players in the scene and constantly practice together to improve their skills. That led to a match of mind games, callouts, and an insane double perfect start, which ended with GO1 claiming his first DBFZ World Championship.

Game one was an insane start by the current top player in the world as GO1 just kept landing combos and hitting every mix-up while Fenrich wasn’t able to crack the champ’s legendary defenses. And while it wasn’t a “true perfect” round, GO1 ended up finishing off Fenrich with full health on all three characters.

But The Machine wasn’t going to let it end that easily. He fired back with an even crazier round that resulted in a double perfect comeback, repeating GO1’s performance and ending game two with full health across the board. He managed to follow that up with another strong win, putting himself up 2-1 and going for the bracket reset.

Unfortunately for Fenrich, that moment was the highlight of his grand finals run. GO1 flipped his switch and optimized what felt like every combo in game four, taking down Fenrich without losing a character. And that momentum transferred directly into game five as he quickly took his opponent down to his last character.

It all came down to Fenrich’s Super Vegeta that was running on fumes against the entirety of GO1’s squad. And with how well GO1 plays defensively in this title, it was only a matter of time before he caught Fenrich slipping.

GO1 finished the 2019-20 season as the top overall player and the Dragon Ball FighterZ World Champion. Throughout the entire year, one of the “Kings of Poverty” never finished lower than second-place at any tournament he entered and claimed five Major titles before winning the championship.

DBFZ will return with a third season of content and another World Tour for the 2020-21 season, with more details to come in the near future.