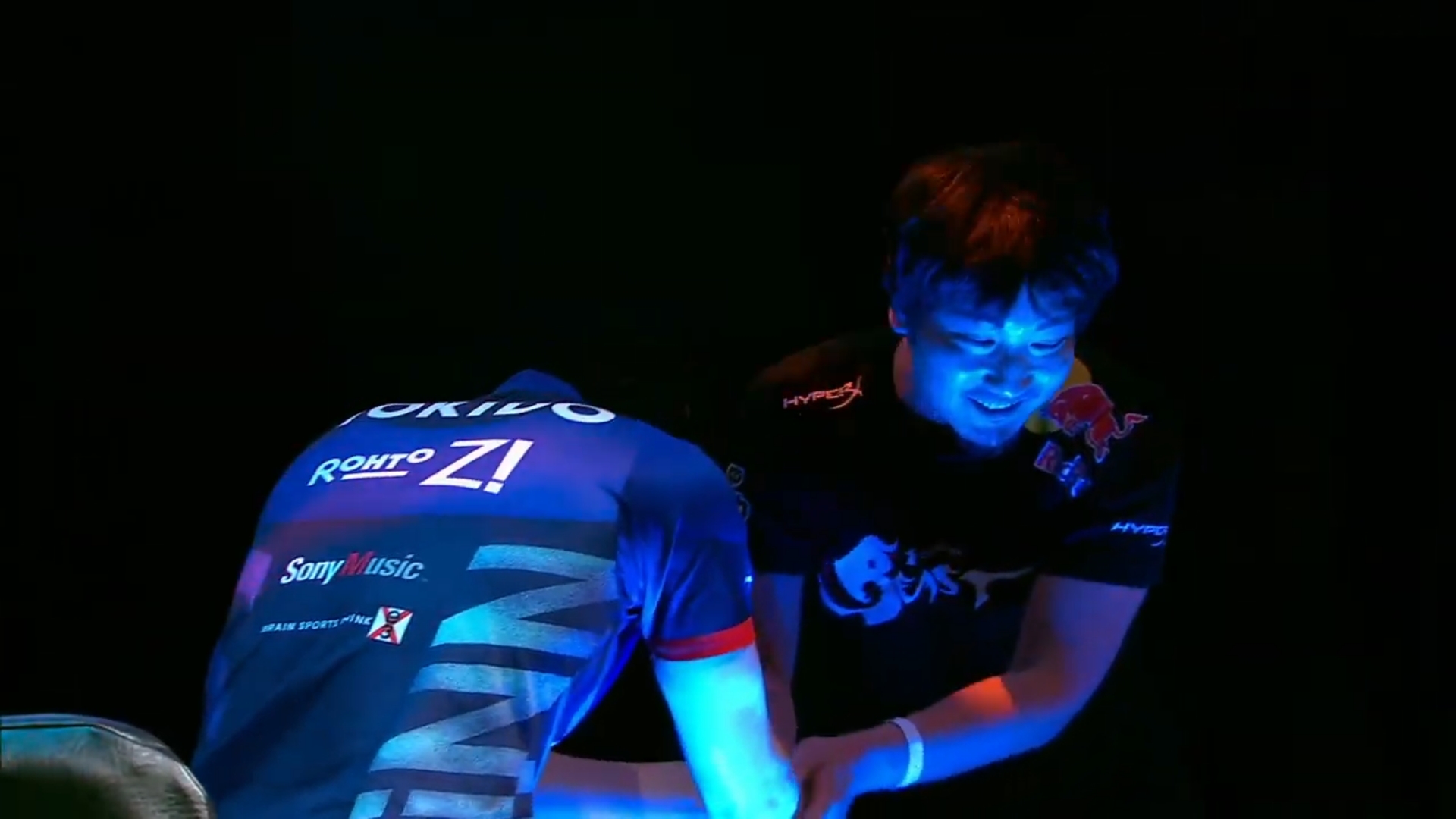 With 32 of the top Street Fighter V players in the world shoved into one bracket at this year’s Capcom Cup, there were more than a few crazy upsets to kickstart the tournament.

Last year’s champion Tsunehiro “gachikun” Kanamori, the early favorite Yusuke “Momochi” Momochi, and the legendary fighter Daigo “The Beast” Umehara were all eliminated on day one of the 2019 Capcom Cup.

There were no easy matches for anyone, but a few players got a bad draw in the early seeding. After both gachikun and Evo 2019 Champion Masato “Bonchan” Takahashi lost their first match, the two ended up in an elimination game against each other.

Bonchan ranked highly at last year’s Capcom Cup and was on a tear through the 2019 Pro Tour. But meeting up with one of the best Rashids in the world in the first match of the loser’s bracket is pretty bad luck even for a player of Bonchan’s caliber. Gachikun went on to 3-0 Bonchan and advanced in the tournament, but his run wouldn’t last long.

In one of the last matches of the day, gachikun faced off against Yeh “HotDog29” Man Ho’s M. Bison, and that matchup threw him off slightly. Like most sets, the match came down to a last game, last point situation with gachikun down and HotDog pressing him into a corner. Perfect spacing, a few good trades, and one incredible wake-up attack later sent the 2018 Capcom Cup Champion packing.

Gachikun came in hot from last season, but Momochi entered this season’s finale with high hopes after his own solid season. But a good start didn’t help him against Benjamin “Problem X” Simon, and he was knocked into the losers bracket following an 0-3 loss in the second round.

That still left him one win away from making it to Championship Sunday, but he first he had to get through the red hot Rashid that is Naoki “moke” Nakayama.

Moke qualified for the event through the Last Chance Qualifier and was riding high off a match where he eliminated the best Zangief player in the world, Hiroki “kichipa-mu” Asano from the tournament. Things got out of hand early for one of the tournament favorites and he tried something drastic to change the flow of the game.

In the final round, Momochi pulled out a surprise Lucia and brought moke down to a game three, but he couldn’t close things out and ended up falling 2-3 in arguably the biggest upset of the day.

The last player to go down was Daigo, but The Beast went down swinging against some of the tournament’s best players. Because of seeding, Problem X was his first opponent and Bison is not an easy character for Guile to get things going against.

The Japanese powerhouse gave X his hardest fight of the opening day, but still wound up in losers after a close 2-3 loss. And once Daigo reached the elimination round, it was all Akuma from his opponents and a tough uphill battle to reach safety.

A 3-2 win over Sim “NL” Gun pushed him one win away from Top 16, but a classic rivalry was renewed after Hajime “Tokido” Taniguchi dropped down following a surprising loss to Kenryo “Mago” Hayashi.

Akuma against Guile, Tokido against Daigo—the storyline was set and the battle that followed it was an epic way to close out day one of the Capcom Cup.

A grab and a perfectly timed fireball into a low sweep sealed the win for Tokido, eliminating Daigo from the tournament and adding another big name to the list of players heading home.

The Top 16 of Capcom Cup 2019 is going to kick off with a bang as top-ranked and currently undefeated Victor “Punk” Woodley takes on Problem X when matches begin on Dec. 15.