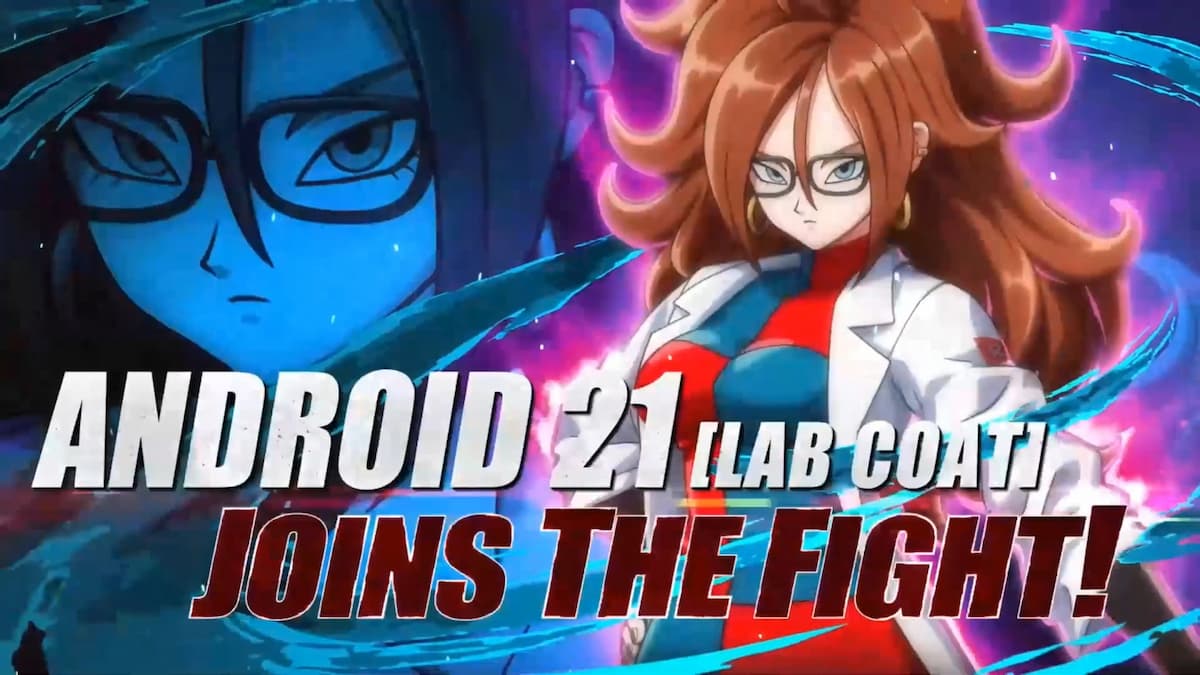 Just over two months after being revealed, Android 21 (Lab Coat) will finally join the roster of Dragon Ball FighterZ on Feb. 24.

This date was shared as the final piece of new info during the Dragon Ball Games Battle Hour 2022, which featured announcements and updates for products and games across the Dragon Ball franchise.

Android 21 (Lab Coat) was initially shown off at Jump Fest 2022 in December despite many fans thinking support for DBFZ ended with the release of Super Saiyan 4 Gogeta last March. And, after some initial confusion on if she would be a new fighter or a costume for the already playable Android 21, it was confirmed this would be an entirely different character with her own unique moveset.

This version of Android 21 is much tamer in her approach compared to her wild (and sometimes evil) counterpart but implements many of the same mannerisms and moves. Her Super Attacks are almost entirely unique for her character, outside of her finisher, and fans can see her using Energy Blades often.

Android 21 (Lab Coat) will be released on Feb. 24 on all platforms as a standalone DLC fighter. Unfortunately for hopeful fans, there was no new information on a potential fourth season of DLC support for the game or a potential rollback netcode update that could help DBFZ sustain its playerbase with improved online performance.