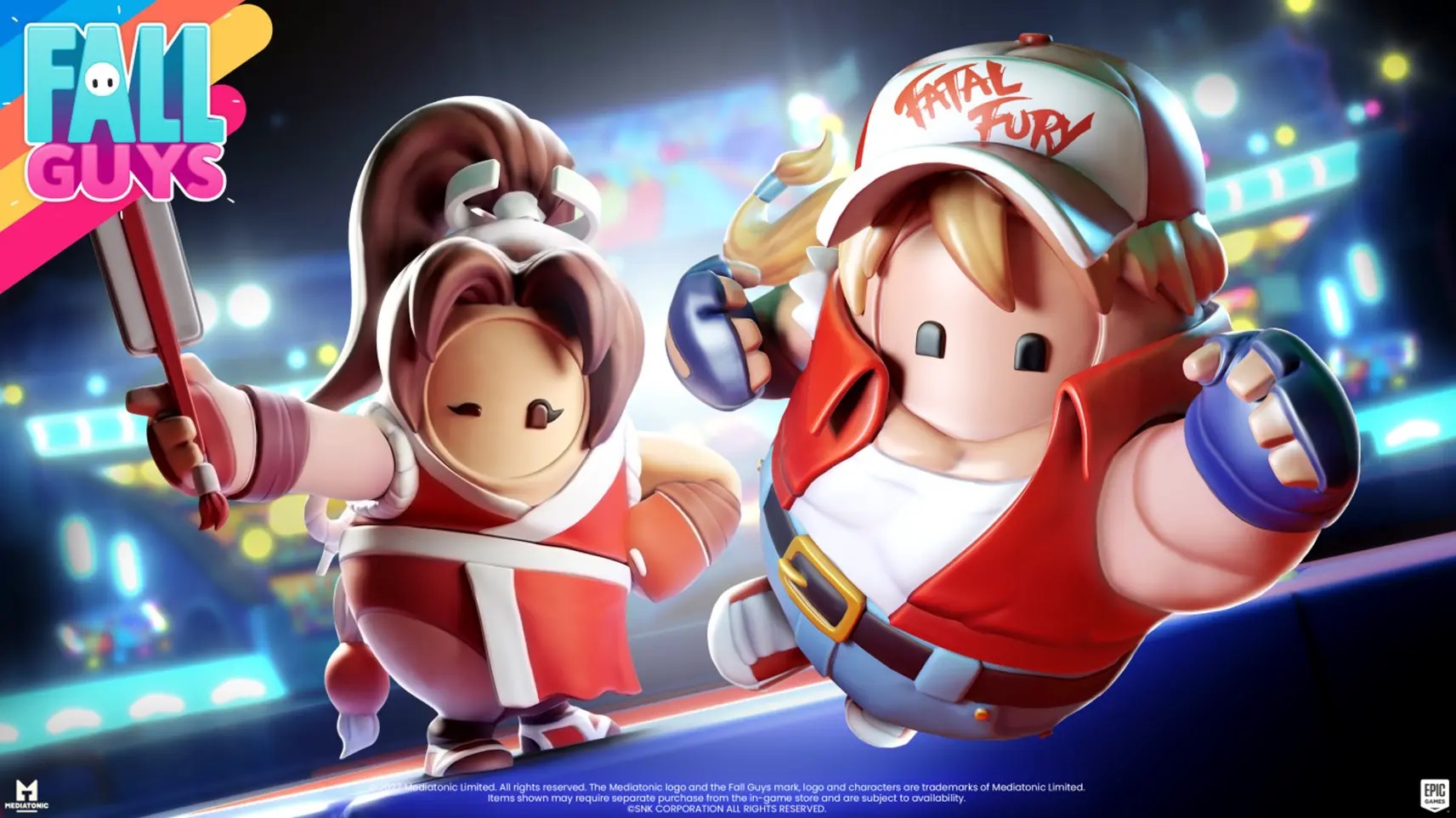 Fall Guys will soon receive new skins for its large repertoire of collaborations with other companies. This time, Mai Shiranui and Terry Bogard are coming and will be available for players to customize their beans, the official Fall Guys Twitter account announced today.

The duo of characters comes from SNK’s Fatal Fury and The King of Fighters series, where they are some of the main characters. All interested players will have access to both skins in the in-game store until Aug. 8.

In addition to the skins, the other items that arrive in the game are the “Shiranui Style of Ninja Arts” nameplate and the emote of the classic “Come on, Come on” by Terry Bogard. Like the outfits, these options will also be available in the Fall Guys store.

Similar to other crossover actions done in the past with franchises like Sonic, Assassin’s Creed, and Halo, the Mai Shiranui and Terry Bogard skins, as well as the other items inspired by them, will only be available until Aug. 8, when they will be removed from the store.

Fall Guys: Ultimate Knockout is a fun and chaotic online party game. Players face off until a single winner remains. The game became free-to-play this June. With this change, the title surpassed the 50-million player mark.