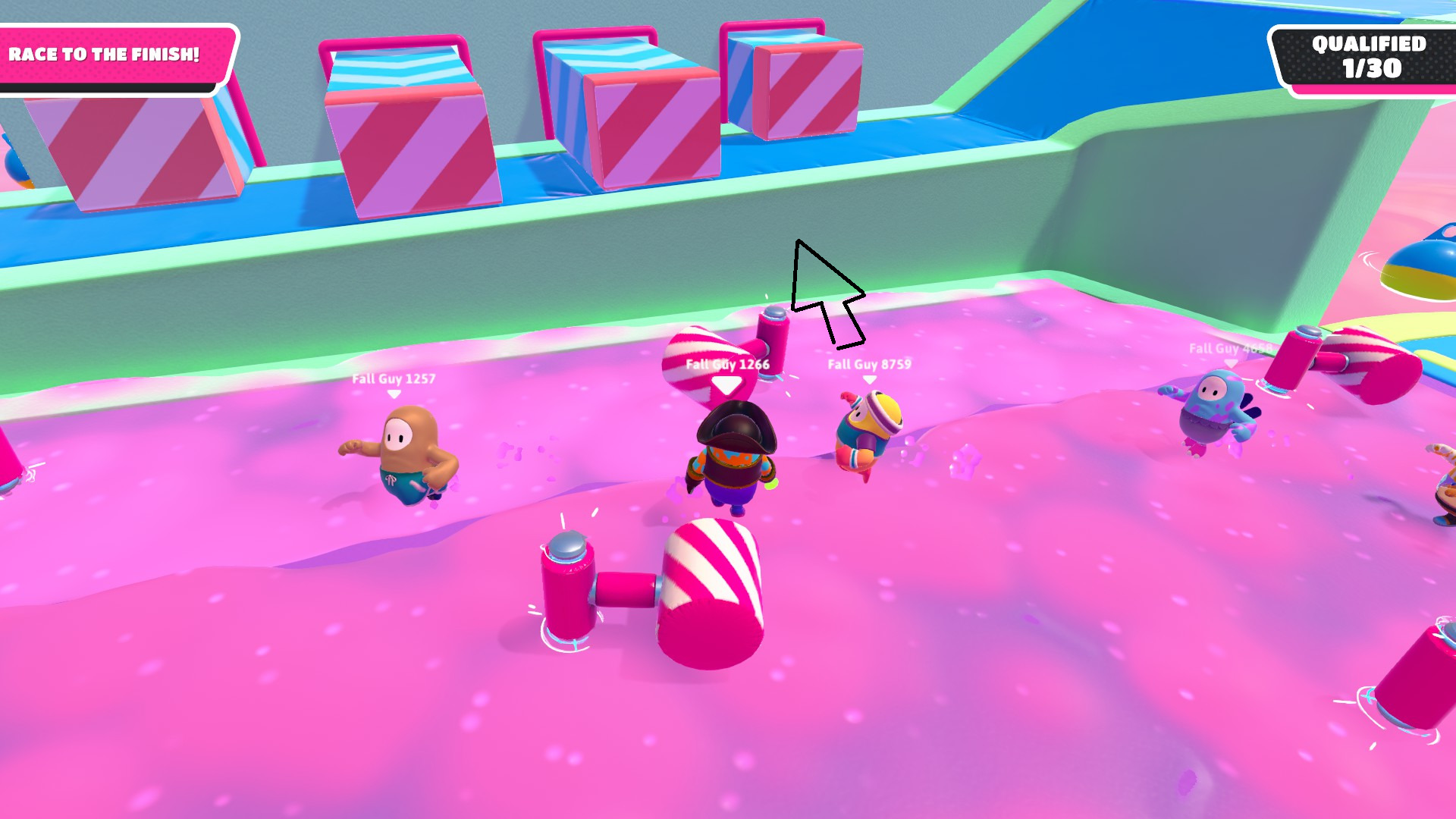 If you hate games like Fall Mountain, Tail Tag, and Fall Ball, Slime Survivor might be for you. But if you regularly cave under the pressure of games like Perfect Match, Jump Showdown or Hex-A-Gone, you probably want to stay away.

To win at Slime Survivors, you must be coolheaded, and at the same time be willing and prepared to shove one of your opponents out of the way or off the map.

More than likely, the first few rounds of Slime Survivor will be a game like Roll Out, Perfect Match, Jump Club, or Block Party.

In the first round or two, there will be a set number of players that must be eliminated before the round ends. The key in these rounds is to play it safe if your goal is to get as many wins as possible.

If you’re caught trying to knock enemies into slime during Roll Out, you’ll put a target on your back in later rounds. With every map being a survival mode, griefing opponents has a higher chance to come back to bite you.

In the middle rounds, you will likely see more of the same match types, but you also could see Slime Climb.

Perhaps the most difficult minigame in Fall Guys, Slime Climb isn’t necessarily a “survival” mode. Instead it’s a hybrid between a race and a survival mode.

Similar to other race games, Slime Climb will have a set number of players who can qualify at the end. But unlike other race modes, if you fall off of the map, you will be eliminated. There are no restarts.

While Slime Climb technically won’t be a final showdown, it theoretically could be if someone were to knock everyone else off the course before crossing the line.

For the finale, you’ll want to make sure you’ve practiced a lot of Jump Showdown and Hex-A-Gone.

It’s in these final rounds that you will truly feel the wrath of people you’ve tried to grief in previous rounds if you weren’t playing friendly. Conversely, if you’ve kept things low key to this point, now will be the time to go in on your opponents.

If the game is Jump Showdown, you’ll likely want to play the same way that got you there. The only thing stopping you from winning is focus. All you need to do is position yourself on the platforms so that you don’t get swept off the platform when upper and lower bars are inline with one another.

In Hex-A-Gone, running a circle around your opponent will make platforms disappear leaving them on an island. This will almost surely give you a quick leg up.

Once you have a lead, slow and steady is the way to go. There is a short amount of time that you can spend on a hexagon before it disappears. Once you’ve gotten into a rhythm that allows you to maximize every platform’s uptime, you’ll be able to milk every hexagon for all it’s worth and stay at a higher level than your opponents until everyone falls to their demise.

Ultimately, there’s no one set strategy for winning Slime Survivors. Winning relies on your ability to perform on all of the game’s more high-pressure game modes. But by using all of the small tricks you can learn from each minigame, you can set yourself up to nab a few crowns before the limited-time show goes away.