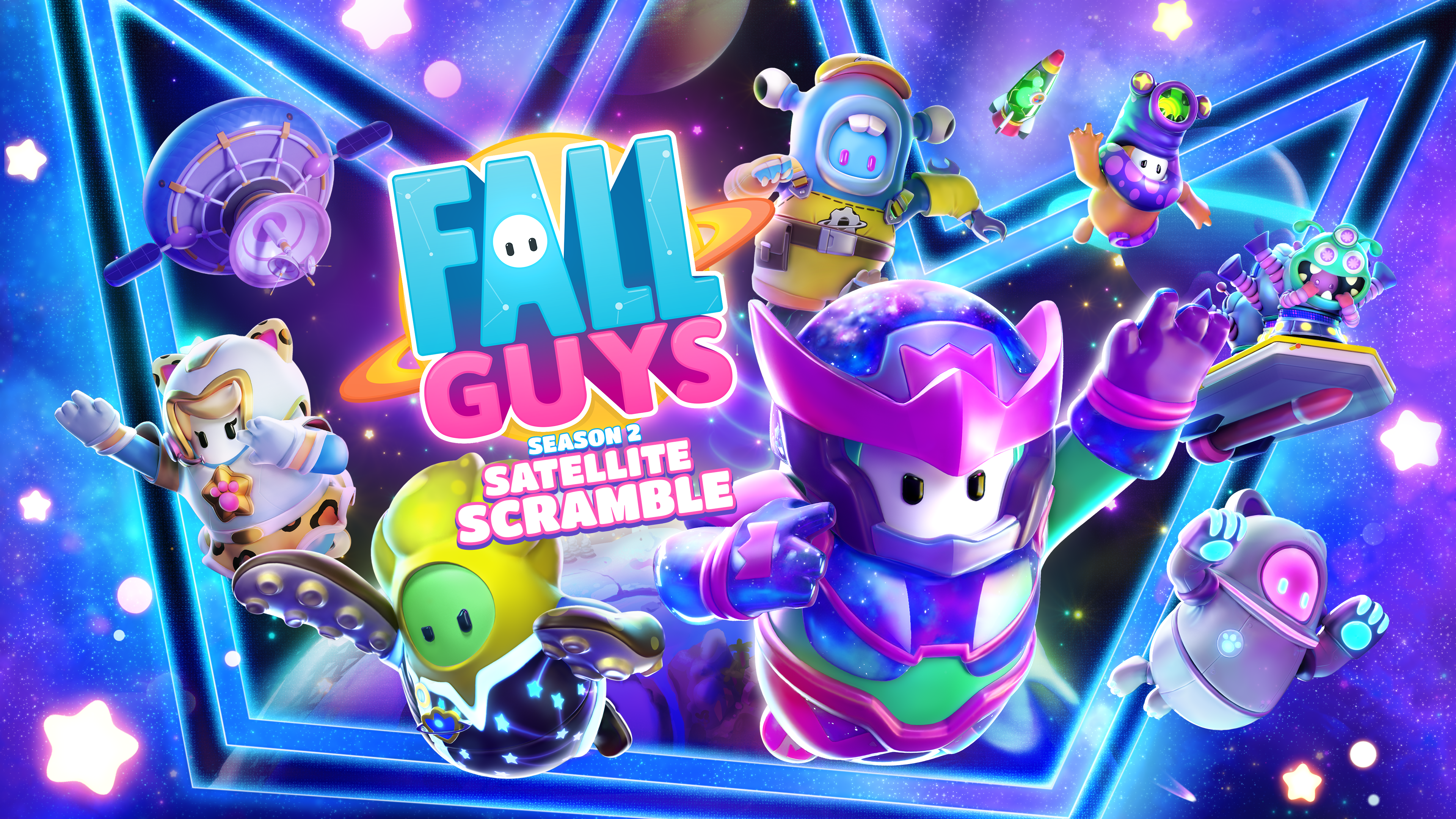 Image via Mediatonic and Epic Games.

After a successful season one for Fall Guys following the game’s switch to free-to-play, the team at Mediatonic and Epic Games has officially launched the second season, Satellite Scramble, today.

This season’s theme, as indicated by the title, is outer space themed, hinted by the final weekly event from season one, Satellite Repair Mission. The new costumes, rounds, shows, and cosmetics are all space-themed, as are the 100+ reward tiers of the new season two battle pass.

To launch the new season in style, the Satellite Explorers event is live as well, featuring all new season two rounds plus a small track of rewards to earn.

Players will have to play the new “3,2,1, Space!” show as well as one Solo, Duos, and Squads show to complete challenges and unlock more.

Here are the rewards that can be earned during the Fall Guys season two launch event, Satellite Explorers.

The new season and the subsequent launch event heavily features all new rounds for players to compete in.

In Tiptoe Finale, up to four squads work together to tip toe their way towards the crown, with each squad taking on their own gauntlet of tiles, similar to the classic Tip Toe round.

In Starchart, players bump buttons to reveal invisible pathways between the platforms.

In Pixel Painters, the players hop on tiles in order to draw the pattern displayed on the screen.

Cosmic Highway is a classic obstacle course race, requiring players to hop across rows of moving platforms, with plenty of opportunities to fall into space.

In Hyperdrive Heroes, players must stay on the massive hoverboard while it travels in a circle through plenty of obstacles.

Hex-a-terrestrial is very similar to the iconic Hex-a-gone round, requiring players to navigate the floating platforms without falling through.

Space Race is a race in space. Good luck.

In Frantic Factory, players navigate the area and bash buttons to earn points.