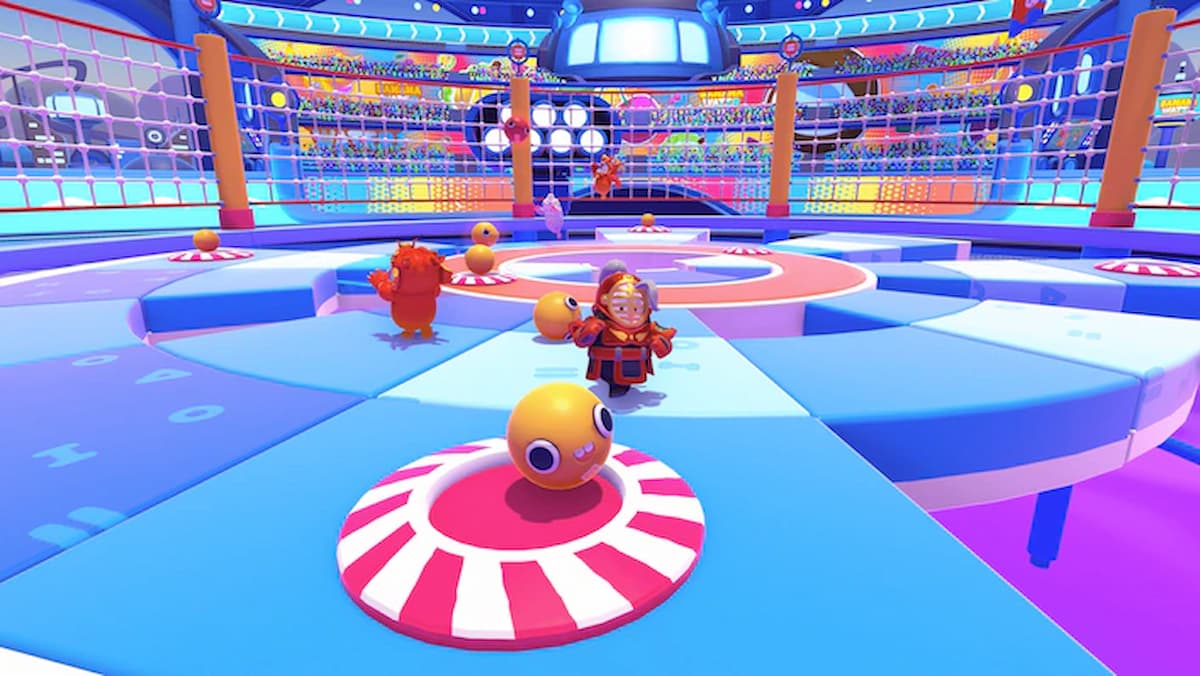 Fall Guys is an incredibly popular game that doesn’t seem like it will lose its fanbase soon. More games are like the popular battle royale platformer Fall Guys, so players can migrate to other games when they get tired of it. However, not all of these games are fun, and some are more worthwhile than others.

Some games share concepts or have a few similarities, which can be a fun way to branch out to other game types. You can also pick from the clones, which have numerous similarities and almost look like copy-and-paste versions of Fall Guys. We’re not saying any games stole the idea of Fall Guys.

You can look at clones of Fall Guys and say they’re rip-offs, but that’s hard to prove.

Fall Guys did not invent platformers and battle royales, so games that happen to use the same formula are within their rights. As a result, similar games can be fun in similar yet unique ways, allowing healthy competition and improvements over someone’s idea.

Below, we’ve listed the best games similar to Fall Guys in several ways, from just sharing a similar concept to being an eerily similar game.

LOLBeans.io is a lower-quality Fall Guys clone that tries to be as good as Fall Guys. As with Fall Guys, it’s free to play, but it doesn’t have any physics. Once you get past the basic animation, physics, and look of the game, it’s pretty fun. This game is unblocked, meaning you can play it at home and school. Timing out how fast you pass obstacles and avoiding anything coming your way is still essential. Even though the maps seem basic, they’re pretty well designed. We recommend this one if you want a fun game to play at work or school.

You are doing something right when your game has over 1 million downloads. There is so much similarity between the maps and levels that it will be easy to mistake this game for Fall Guys in a cube world. Up to 40 players can compete to win showcases in Fall Dudes: Battle Royale. Fall Dudes: Battle Royale is like a mobile version of Fall Guys. The game follows the same ruleset and modes as Fall Guys, making it easy to get into. It may be more enjoyable for some people to play this game because the characters are humans rather than jelly beans.

Although Fall Beans calls its characters beans, they are more human than jelly beans. The rest of Fall Beans is very similar to Fall Guys; everything from the level design to the concept is pretty much the same. In a showcase of multiple players, players must compete against one another to be the best. The Fall Beans app promises to add more content over time, and the app is currently in its first season.

Stumble Guys is an unabashed copy of Fall Guys. It has similar obstacle courses but allows players to use human skins. Besides looking like Fall Guys and having a similar naming convention, players can play with human skins instead of jelly beans. Some people prefer Stumble Guys because it’s not under Epic Games, but it was much more popular when Fall Guys required a fee. The fact you can play Stumble Guys on Steam with friends is a major selling point for many people. There are 17 obstacle courses in total in each showcase, which can accommodate up to 32 players. While it’s a weaker version of Fall Guys, it’s a great alternative if you don’t want to play Fall Guys or want to play on a mobile device.

Guys Are Falling is a game whose name feels eerily close to Fall Guys. Even though there are many Fall Guys clones, this clone is gaining traction. As opposed to most games that try to make their own levels or look to avoid deniability, Guys Are Falling takes straight from Fall Guys. The level designs are almost identical, the contestants look like jelly beans, and the name is just a rephrased Fall Guys. Because it follows the Fall Guys formula closely, the game is still enjoyable.

There is a chance Fall Guys will make it to mobile; if it does, it will undoubtedly become the dominant mobile game in this genre.

Two to eight players can complete each stage by working together to solve puzzles and collect keys. Each of the 48 levels is vastly different and has different ways of forcing players to work together. Players don’t need to worry about running out of players since they can play the game locally or online.

Most players enjoy the unique customization options, like changing their character or creating new levels to share online through the game’s engine.

There are many similarities between Pummel Party and Fall Guys in terms of Pummel Party‘s game modes. Knocking out enemies and staying ahead of the other players is at the core of both games because each is very competitive. Each player moves on a board in this competition once before going on to the next level.

While the gameplay is similar to Mario Party, the game is more modernized and does not require the colorful cast of Mario to work.

In each game, players choose a different color to play as and immerse themselves in that character. Jelly beans are similar in that even though they are simple, players feel a sense of ownership of the jellybean.

Cross Road Castle is a platformer in which players try to make their way from one point on the map to another. While it is marketed as a cooperative experience, it is entirely up to the players whether they work together as a team or separately. Characters from the popular Crossy Road games make up the cast, so many players should be familiar with them. Crossy Road Castle is incredibly unforgiving, hectic, and fast-paced, which adds to the game’s appeal.

Players can die easily from small mistakes, which the Cross Road series is famous for. It makes it so easy to forget other players while you get through the map because as long as one player makes it to the end.

The popularity of Among Us has been growing recently, and it’s easy to understand why. Players are placed inside a space environment and must complete tasks to win. An imposter is someone who looks and acts like a regular crewmate but must kill them before they can complete all of their tasks. Identifying the imposter requires the players to work together, and the game is over if there are as many imposters as crewmates. It is best to complete the game by working together, but it can be challenging when the imposter deliberately tries to deceive other crewmates. Feigning innocents and framing other crewmates is how the imposter can win, and the crewmates can win by getting the majority to agree on who the real imposter is.

Rubber Bandits‘ physics are similar to those of Fall Guys. The game’s objective is to rob different areas, so the players run wobbly with the same motion as they do in Fall Guys. You must take out security with your teammates to get the cash or gold before the police arrest you. Players can do well with different weapons and tools or screw things up thanks to a friendly fire system. You can kill your teammates if you’re not careful, which is hilarious. Each level is designed to make it difficult for you to escape, so it’s possible to compete with other players to get the most money out without being stopped by the police or the other player.

The physics engine in Gang Beasts makes the game more fun for players, even though it’s not a cooperative game. Gang Beasts features several different modes, with melee being the most popular. Two to eight Players compete in different arenas to be the last one standing. In Fall Guys, you are eliminated by falling out of the ring or set area. In this game, players intentionally throw each other out using their arms, which you can use to punch and grab, but not completely reliably. Different level pieces, such as sharks, grinders, or blimps, will make it easier to die.

If you are a fan of Fall Guys‘ physics and difficult arenas, you’ll love Gang Beasts.