Who needs to win at the EPICENTER Major?

This is the last shot for several teams to earn a TI9 invite. 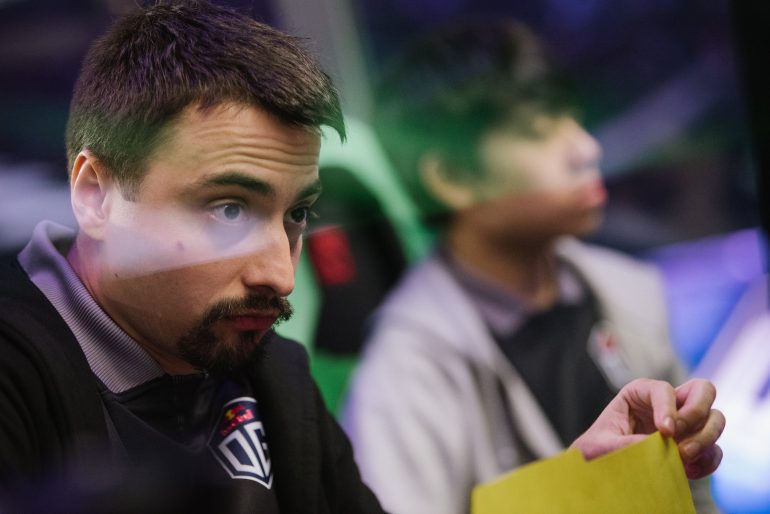 As the final Major of the 2018-19 Dota Pro Circuit, the EPICENTER Major is going to dictate the final four direct invites for The International 2019.

Of the 16 teams attending the event, eight teams are already locked in while the other eight have one last shot to make it into TI9 without an additional qualifier.

With Ninjas in Pyjamas winning the StarLadder Ukraine Minor, all eight teams sitting at the top of the DPC rankings are competing at EPICENTER. For them, this is just a chance to try and get better seeding for TI9.

For the eight teams who are without a ticket, this is their last chance to earn DPC points and make a grab for one of four available spots in the top 12. And those spots are incredibly valuable, considering teams with a top 12 placement at the end of the season get a direct invite to The International.

Unfortunately for the teams that need some help, EG, Secret, and Vitus have dominated the Majors this season, and they are going to make it even harder for the teams on the edge.

OG on the bubble

Last year’s TI champs have had a mixed year up to this point, but they have done well enough that they are currently sitting in 10th place.

Anathan “Ana” Pham came back from an extended break that he took following TI8 and immediately helped his team become more competitive with other top teams. So far, they peaked at the MDL Disneyland Paris Major, finishing in fifth.

All they need to do is finish with a solid placement, likely above eighth place, to secure themselves a return to TI.

TNC Predator is hanging around

After starting strong at both the Kuala Lumpur and Chongqing Majors, TNC Predator dropped off the face of the Earth.

The Southeast Asia region went through some serious shuffling as Mineski, Fnatic, Predator, and a few other teams started trading blows. Fnatic won most of those battles and Mineski edged Predator out of almost every other event.

The EPICENTER qualifiers were the first time that they actually made some waves in the DPC since January. With a solidified roster that gave Secret some trouble at ESL One Birmingham, Predator could hold onto 11th place and make TI9 with this late push.

A season full of mixed placements and close battles has Alliance sitting just outside of the top 12 as they head into the final Major.

Trading sets with NiP at the StarLadder Minor gave them one last shot at moving up in the rankings. They have a lot of talent on their roster, specifically with how their captain, Aydin “iNSaNiA” Sarkohi, has been playing as of late.

But even looking past their roster, coach Jonathan “Loda” Berg has been in similar situations to this one before and has probably shared some insight with his players. This event could make or break Alliance’s season because if they lose here, their only other chance to make it in will be through qualifiers.

In a stacked European region, they need to optimize their opportunity here by getting some big wins and high placement.

Gambit needs to show out

Gambit Esports has been a weird team to watch this season. Even though they had a strong team and looked good at events outside of the DPC, they spent a lot of time in the Minors.

After an early defeat at Kuala Lumpur, they exclusively played in Minors and qualifiers until EPICENTER. Their highest placement, a second-place finish at the Bucharest Minor, was impressive, but not enough to show they can hang with the best teams in the world.

It took events like ESL One Katowice and Birmingham to show how strong Gambit is and make some of the top teams take them seriously. At EPICENTER, they will need to place extremely high in order to jump into the top 12.

It is unlikely considering their record against the likes of Secret, but anything can happen.

The fact that signing the former Butterfly Effect roster months after losing their old squad to Chaos Esports Club would have paiN Gaming back in TI9 contention is crazy.

It really looked like the South American organization was ready to pack it in for Dota 2 this season. However, after Butterfly Effec made it into the Disneyland Major without an actual sponsor, paiN jumped at the chance to bring them under their banner.

They finished in ninth at their Major debut and this will be their next real showing. They have a lot of ground to make up, but it isn’t impossible if they manage to get a top six finish.

There has been a rotating cast of characters representing the North American region this season, with EG being the only constant. Forward had to fight with J Storm and Complexity Gaming all season as all three managed to get into the top 20 of the DPC.

Forward switched up their roster several times as their former captain Avery “SVG” Silverman decided to retire and they subsequently had some bad placements.

They are barely ahead of paiN in the rankings and they will need to place in the top eight at a minimum to even have a chance to make TI9. The good news is, NA is wide open and they have a solid opportunity at making it to TI through qualifiers if it comes to that.

Infamous and Royal shouldn’t give up

Both Infamous and Royal Never Give Up have been on the Major stage before this season, but neither has found much success.

Royal upset EHOME and Keen Gaming to make it in, but unless they place in the top six, it is almost impossible for them to garner enough DPC points. It might be easier for them to make it in through China’s qualifiers, but they have pulled off some impressive wins in the past, so a run could happen.

Infamous, on the other hand, comes from a weakened SA region and have had a poor showing against other top teams in recent months.

Dropping games to paiN frequently in regional tournaments isn’t a great sign, but they did recently win WePlay! Dota 2 Tug of War: Dire America over J Storm. That win gives them a bit of momentum that could help them in groups if they can get rolling.

Neither squad should fold it early, but they are both long shots for a top spot.

The EPICENTER Major will run from Jun. 22 to 30 with paiN and Secret kicking things off at 5am CT.