Who could pick up the ex-Forward Gaming roster before The International 2019?

Paging Cloud9, there is a prime team in need of a sponsor. 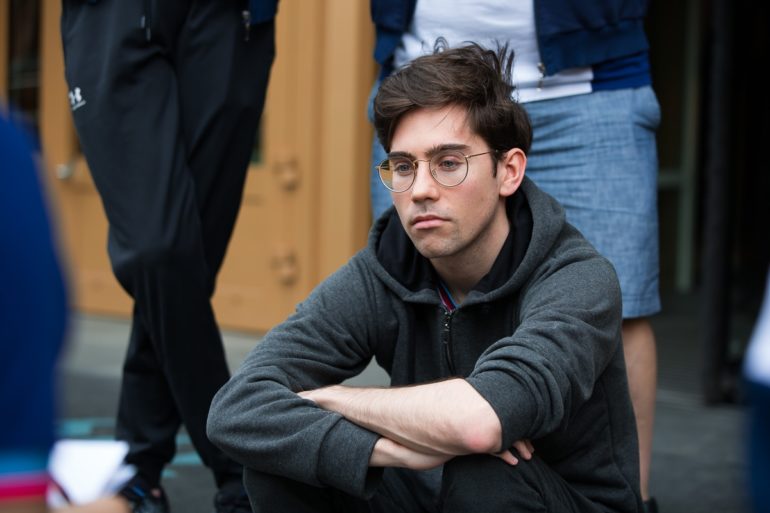 One of the most promising new teams in Dota 2, Forward Gaming, closed its doors due to insufficient financial results, despite the team qualifying for The International 2019.

Now, with a team of talented free agents sitting in TI9 with no sponsor, it is almost a guarantee that an organization will swoop in and sponsor them for at least the single event.

Outside of Evil Geniuses, North America didn’t have another team with top-level talent following OpTic Gaming’s departure and VGJ Storm’s rebrand. As veterans like Peter “ppd” Dager left the region, someone had to fill that void.

Foward Gaming was one of three NA teams that were battling all season with each other to see who could take that second spot. Forming from the ashes of OpTic and VGJ Storm, Forward was the early favorite and ended up performing well for most of the season.

Complexity did their own thing by trying out players and bringing people in from other regions, while Forward and the rebranded J Storm rotated top NA talent in and out to find out what worked for them.

In the end, Forward settled on a roster of Quinn “CCnC” Callahan, Arif “MSS” Anwa, Johan “pieliedie” Åström, Yawar “YawaR” Hassan, and Jingjun “Sneyking” Wu, who was on a trial contract. This roster proved a lot at the EPICENTER Major and the proceeded to dominate the closed NA qualifiers for TI9.

The players were informed by team management before EPICENTER that the team was on the ropes and might be forced to cease operations following the event, however. After performing well, management decided to hold out until after the TI9 qualifiers to see if they could somehow turn things around.

“With a heavy heart I regret to announce that Forward Gaming ceases to exist,” Forward CEO and founder David Dashtoyan said in his TwitLonger. “As of today, all employees’ contracts are being released and our players become free agents.Due to insufficient financial results we are unable to cover players’ salaries for July as well as $36,000 of players’ share of prize money (which was used to partly cover June’s salary).”

Forward’s former roster will never see that $36,000 worth of prize money or their July salaries, but TI9 has the potential to give them a much bigger payout if they can continue their stellar play. But now that a TI9 spot is essentially on the market for a team without a Dota 2 roster, this is a chance for an organization to make a power play.

The conversation starts with Cloud9, an organization that hasn’t competed in Dota since 2017. One of the biggest teams in NA, Cloud9 doesn’t have a great history with Dota, but it could use this as an opportunity to try and change that.

Immortals is another option in that regard. After purchasing OpTic, it might not be time for an investment like this. But on the other hand, it could be the perfect opportunity to stake a claim in the region with a familiar face in CCnC.

FaZe Clan and 100 Thieves are also good options, but as teams that have never had a Dota roster before, it is hard to see this happening. If they want to dive in, this is the perfect opportunity to do so with a pretty low-risk investment that can be flipped around right after TI9.

There are of course other options, such as mousesports or Tigers jumping in from other regions and trying to secure the sponsorship, but that seems highly unlikely.

In truth, nearly all of the comments on Reddit, Twitter, and other articles are on the right track with Cloud9. If that sponsorship does indeed happen, it is great for both sides because of how flexible the future of this roster is. Neither party will be locked in and if things go poorly, it is an easy out.

The International 2019 begins on Aug. 15 in Shanghai and everyone is hoping the ex-Forward players will show up and play their best Dota of the year after this situation is handled.