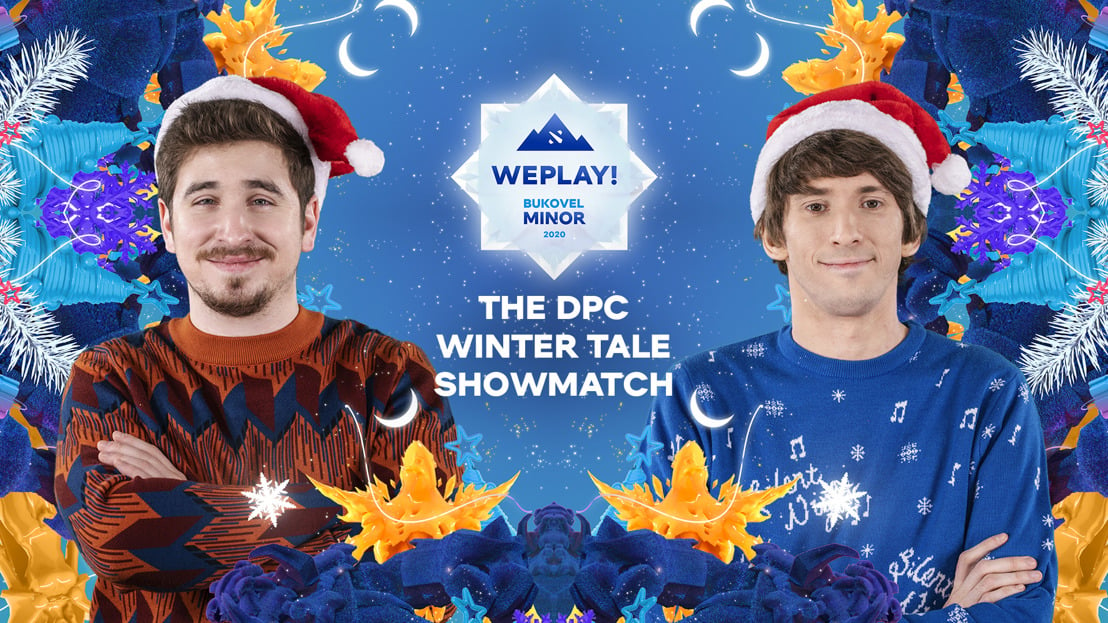 Image via We Play! Esports

To kick off the the WePlay! Bukovel Minor grand finals, broadcasters Danil “Dendi” Ishutin and Kyle Freedman are going head-to-head in a Dota 2 showmatch. They’ll each be joined by four other commentators and analysts from their regional broadcasts as the teams face off in a fight for bragging rights.

Mostly known for his time spent with Natus Vincere, Dendi will be leading the other Russian casters into battle. His squad is mostly made up of EU and CIS veterans who are still playing in the competitive scene:

Freedman, a retired pro who spent most of his career with Complexity Gaming, will also be playing with members of the English talent desk, though most of them are either focused on content creation or are retired players:

Looking at the rosters, it appears that the Russian team has an immediate advantage because Dendi, ALWAYSWANNAFLY, and Sunlight are all currently active in the pro scene with experience in the meta.

This match will take place right before the grand finals of the event at around 11am CT on Jan. 12. There has not been a prize announced for the winner, but you can imagine that both sides want to win just for the bragging rights over their co-workers.