Some awesome day one matches are about to go down. 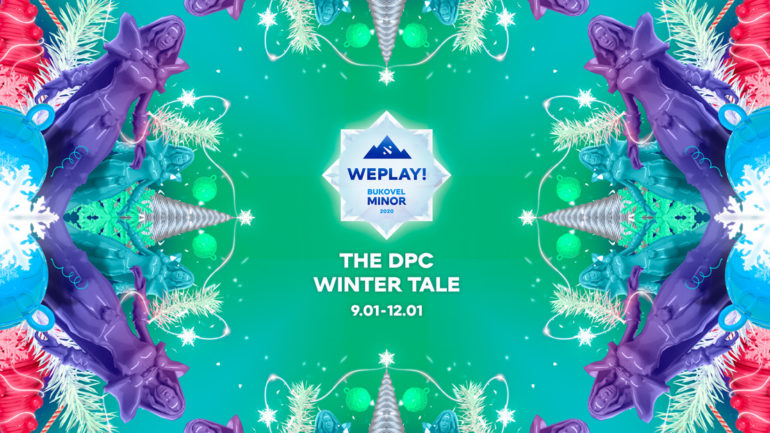 Image provided by We Play!

With just a few days left until the 2019-20 Dota Pro Circuit resumes, the group stage schedule for the We Play! Bukovel Minor is finally out. The schedule has some pretty interesting matches set up for the opening day on Jan. 9 that fans of the game won’t want to miss.

Of course, since the event is taking place in Ukraine it will be hard to watch most of the early games for those viewing the live stream in the United States. But, specifically for Group B, it looks like some of the better matches will happen later in the day.

Because the tournament is a Minor, only eight teams are competing, which means each team will play an opening best-of-three to see which two teams make it to the winners’ match and who will be knocked into the elimination match. The roster that manages to win two straight games will earn their group’s top seed in the playoffs and avoid elimination altogether, while the other three teams will be forced to fight for their tournament lives.

Here’s how day one will start in each group.

The best match of the day should be PandaS vs Nigma, since Kuro “KuroKy” Takhasomi and his team barely missed out on qualifying for their first Major of the year under their new banner and will need to start collecting DPC points if they want to climb towards a top seed this season.

PandaS have proven to be a much better team than many expected early on this year, and if Jacky “EternaLEnVy” Mao wants to prove he is still a top-level talent, making it to another Major is crucial. PandaS have already shown they can compete at the highest level, but now they will need to take down the second-best roster from last season to make it any further.

It will also be interesting to watch if Gambit can keep off the rust they have seemingly gathered as the season has progressed and continue to perform like they did at the ONE Esports Dota 2 World Pro Invitational Singapore, where they placed third in a stacked bracket. Danil “gpk” Skutin continues to show that he is one of the best young talents in all of Dota 2 and is a must-watch here in this tournament.

Meanwhile, Group A looks like it will come down to a clash between NiP and RNG to see who comes out as the top seed, but both teams have been a little shaky. The group may end up being decided based on how well Peter “ppd” Dager has integrated Jason “TANNER” Weedon into the squad.

Spirit and Geek Fam are also dealing with recent roster shakeups. Both teams released a core player prior to the event, meaning they have a lot to prove coming in with a little less practice than the other teams.

Some of the matches will likely last longer than the three-hour blocks assigned to each set, so expect some of the later start times to be pushed back. The action begins with NiP and Geek Fam Jan. 9 at 2am CT on We Play! Twitch channel.