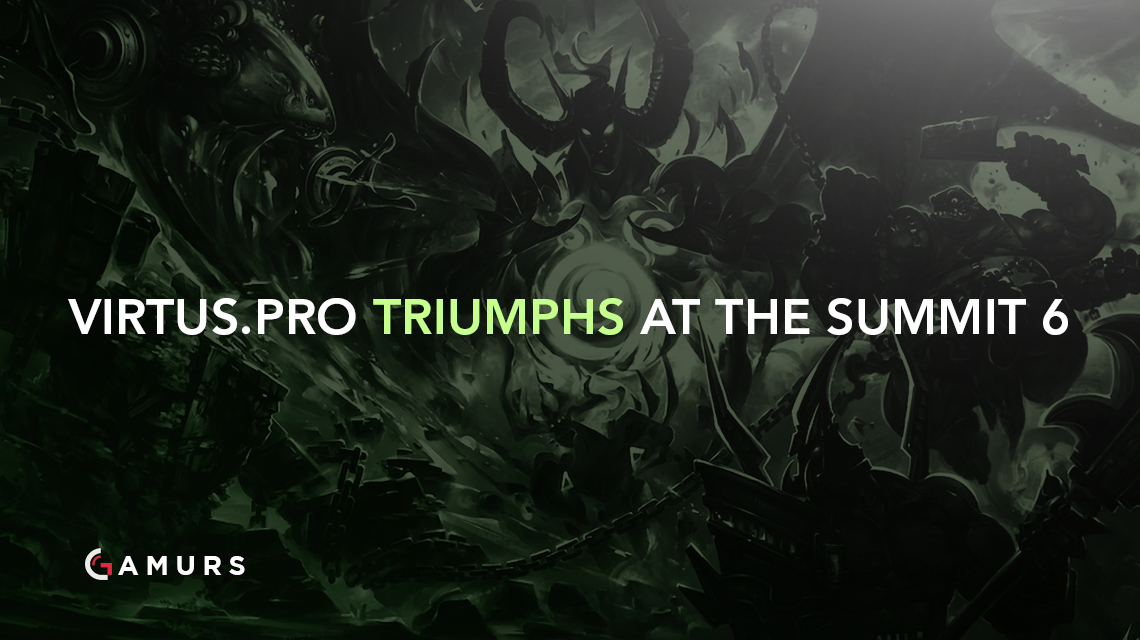 Virtus.pro seems stronger than ever as it adds another great title to their stash, The Summit 6. The Russian team seems to be on an unstoppable winning spree with an impressive 91 percent win rate in November, winning 10 out of their 11 matches, with one draw. The wins are also over some of the greatest names in the scene, such as the TI6 champions Wings Gaming and three wins against Team OG.

The organisation is at its peak after a long time and crushed every opponent they faced in The Summit 6, starting with EHOME in the quarterfinals. They then proceeded to win against Wings Gaming and then OG twice to claim the prestigious title. Apart from that, they also stashed $42,500, which stands for 42.5 percent of the total prize pool of $100,000 that the event had to offer. This win also comes as a redemption since they missed the chance to win The Summit 4, back in December 2015, when they lost a close 3-2 series against Evil Geniuses.

Given that they had such an amazing run on this tour, and generally for the past two months, they are considered as one of the favourites to win the imminent Boston Major.

Do you think that Virtus.pro has what it takes to win The Boston Major? Let us know in the comments below or on Twitter at @GAMURScom.