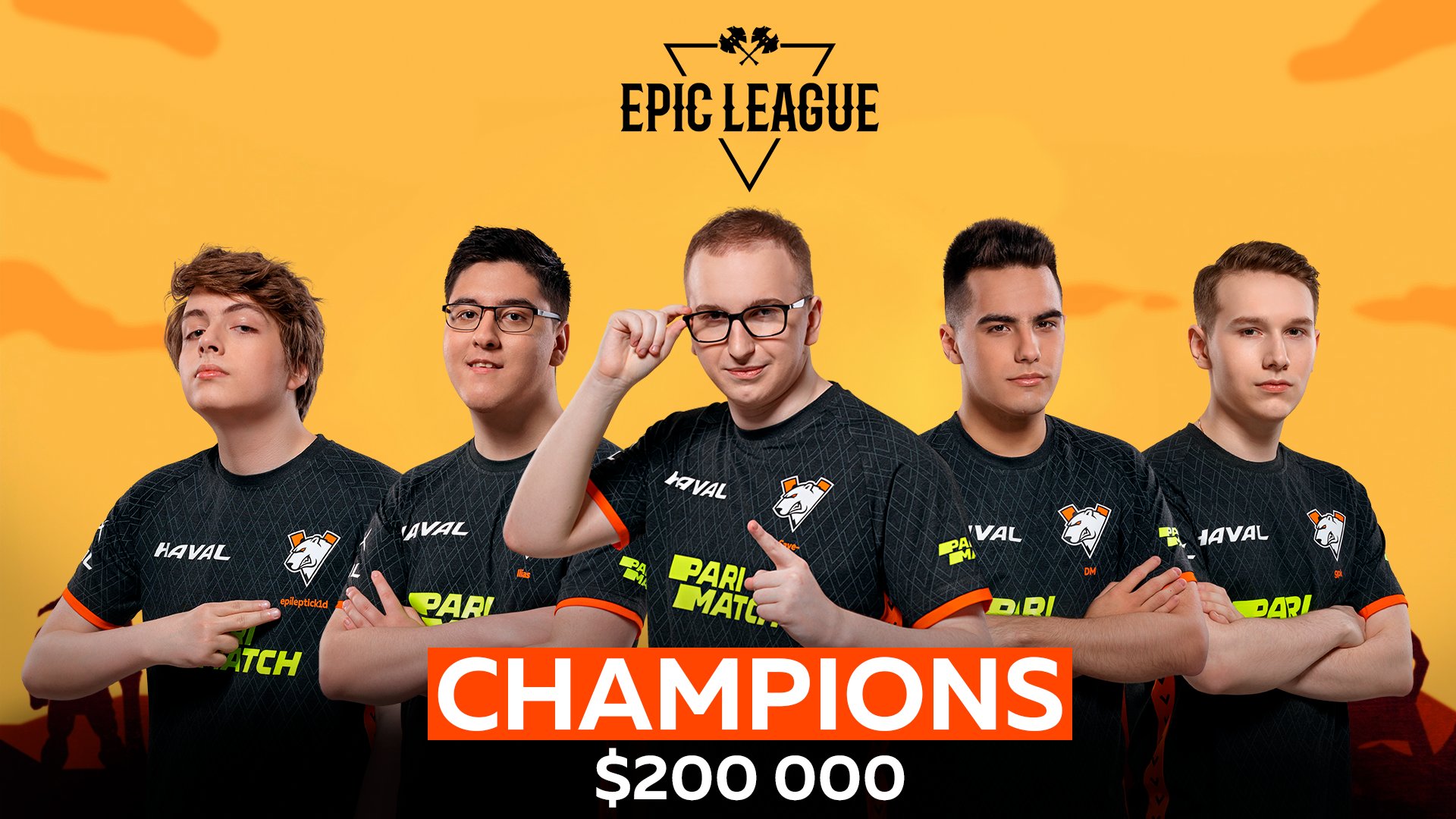 It seems like VP.Prodigy’s level of production was directly carried over when the Dota 2 roster was promoted to the main Virtus Pro squad last month. Vitalie “Save-” Melnic and his team delivered the organization the first-place title at EPIC League Division 1 yesterday.

After more than a month of competition, VP stood atop the mountain, winning $200,000 in a hard-fought 3-2 victory over OG to claim the title.

It was an overall dominant performance from the CIS squad, finishing at the top of the group stage at 7-2 heading into the playoffs and then only dropping games in the grand finals from there. Along the way, they swept Team Secret and Vikin.gg before dispatching OG.

OG had a much harder road, struggling to make the playoffs and then having to fight their way out of the lower bracket, always just one bad series away from being eliminated. They only really struggled against Team Liquid, who took them to a last game situation, but Johan “N0tail” Sundstein pulled the squad together to push through to the finals.

The finals ended up being a back and forth affair, with most of the wins being one-sided in favor of whichever team took an early lead. VP took game one at a 47-10 advantage, while OG battled back to even the series up at 1-1 with a 31-17 win in game two.

Game three was an outlier, with VP actually holding an early lead before OG made a big swing. They turned the tides and closed things out in just 18 minutes, putting OG a single win away from taking home the gold.

The longer games returned after that, though, with Egor “epileptick1d” Grigorenko having two fantastic matches, going a combined 28/2/22 for over 83,000 hero damage on Ursa and Phantom Assassin. Combined with Illias Ganeev dropping two wild performances of his own on Omniknight and Undying, VP won the final two games to close things out.

OG made runs in both games behind strong Puck performances from Topias “Topson” Taavitsainen, but that wasn’t enough to swing things once VP established themselves on the map.

This win gives VP their first tier-one title since winning the Kuala Lumpur Major in 2018 and the org’s highest placement at this level since winning ESL One Los Angeles Online earlier this year. It’s also the first tier-one victory for the former VP.P roster, who won several tier-three events and placed highly at the tier-two tournaments they attended throughout the year.

OG and VP will clash again on Dec. 15 at 12pm CT during OGA Dota PIT season four since they were both invited to the event.