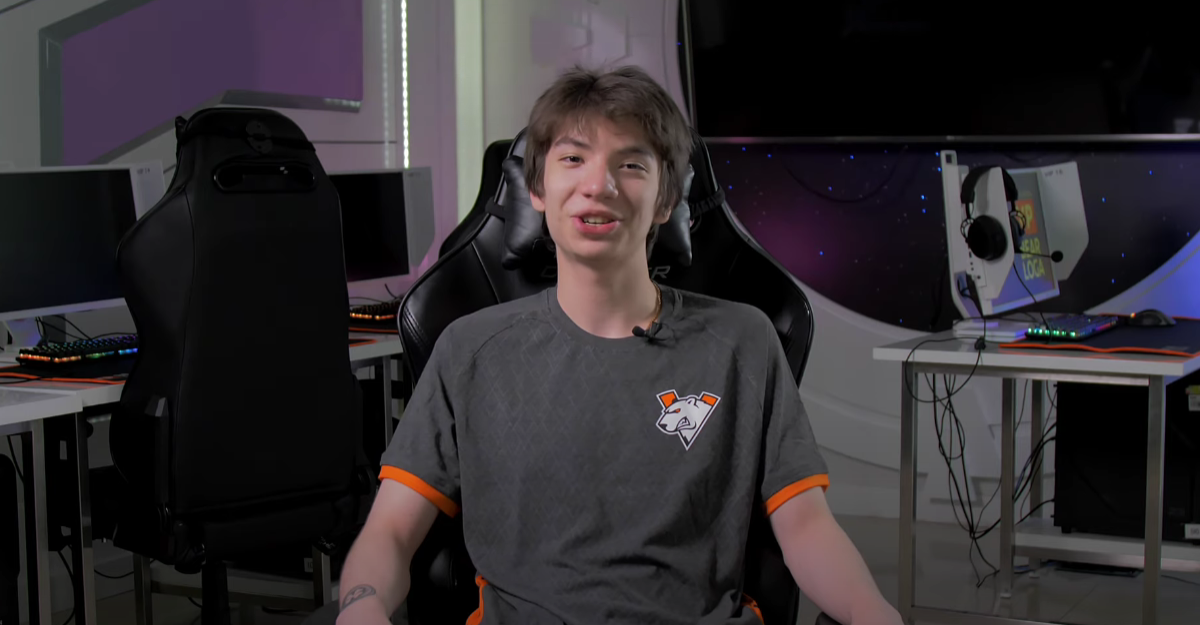 At just 20 years old, yamich fits the timeline for the rest of VP’s roster, with Dmitry “DM” Dorokhin being the oldest player at 21 years old. He slots in and will replace Vitalie “Save-” Melnic, whom the team moved to the inactive roster alongside Egor “Nightfall” Grigorenko earlier this week.

“We are constantly keeping tabs on promising young players. Daniyal has been showing consistent progress for the past several years,” VP CEO Sergey Glamazda said. “That’s why when we faced the necessity of a roster change, his candidature was brought up.”

According to Glamazda, following internal discussions that led to Save- and Nightfall being benched, the organization decided to bring in yamich for some test games to see how he might fit within the team.

Winstrike agreed to allow the test run and yamich performed well, leading to the VP buying out his contract with his former team and signing him to complete its own roster.

“During the test games yamich did a phenomenal job,” Glamazda said. “He was proactive and the team really liked playing with him. On top of that, he’s not a rookie on the pro scene, has good mechanical skills, and fits our team’s playstyle.”

Yamich is a rather experienced young player within Eastern Europe, having multiple stints with Winstrike after originally trialing for the organization in late 2018.

He bounced around organizations for some time, playing on The Pango and Khan before returning to Winstrike for the 2021 DPC. During that time, Winstrike performed well, but jumped back and forth between the upper and lower regional divisions, eventually failing to qualify for The International 10 through open qualifiers.

For VP, the team performed well throughout the 2021 DPC, going undefeated through both regional leagues, attending both Majors, and directly qualifying for TI10 despite subpar performances at the Majors. The team would end up exiting their first TI in fifth place, tying the organization’s highest placement at the event.

With its last player locked in, VP has already started bootcamping for the upcoming 2022 DPC Winter Tour, where the team will look to continue its regular-season dominance.

Meanwhile, Nightfall and Save- remain on the team’s inactive roster for the time being. Though Nightfall is still rumored to be joining Evil Geniuses after the North American team started its own trials.