Getting a good start usually bodes well for future success. 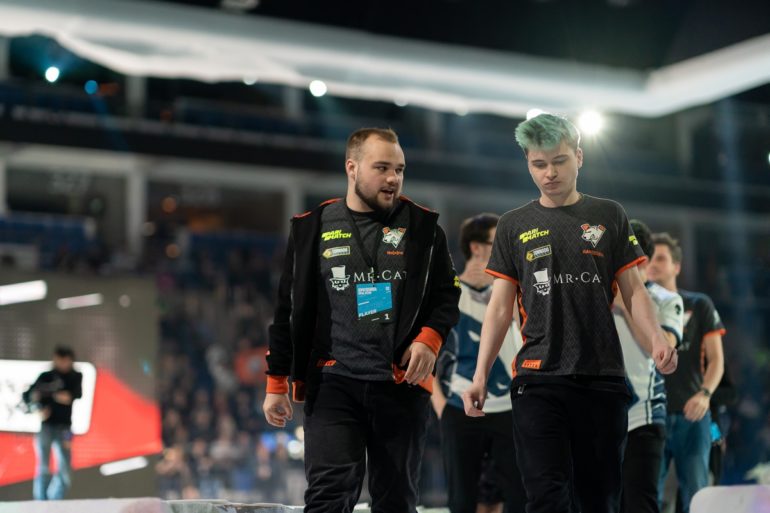 After watching Newbee take down Team Liquid and Team Secret struggle with Alliance, Virtus Pro had a lot of pressure on them to start off their run at The International 2019 strong.

Ninjas in Pyjamas are a strong team, but VP took it to them in game one today, making a statement behind some incredible play from Roman “RAMZES666” Kushnarev.

NiP and VP got off to an extremely slow start to their match for multiple reasons. The early game was fairly even, with both sides trading blows and zoning each other out of key engagements. But there were also a few technical difficulties that threw off the tempo.

At the start of the game, players had to pause several times due to an apparent issue with one of the PCs being used. This happened two times before a longer pause for the match was called while the computer was replaced entirely.

After that, it was back to the stalemate, with neither side really pulling away. At about the 11-minute mark, VP stole a slight lead from NiP and rode that out for another 10 minutes. NiP weren’t able to do anything to regain the lead after the extended stalemate, and behind RAMZES666 and his Gyrocopter, they didn’t get another chance.

VP’s captain put the team on his shoulders, carrying them by dealing 32,583 damage and going an untouched 8/0/12 in K/D/A. Pavel “9pasha” Khvastunov provided a much-needed second option to lead during conflicts, which eventually helped the CIS squad pull away with a 23-6 statement victory.

Since NiP are a team of veteran players, they didn’t give up the series without a fight. Peter “ppd” Dager knew exactly how to get his team back in the game and drafted a solid lineup that had a lot of early-game potential.

The Europeans held a lead for almost 30 minutes, but they could never pull far enough away to feel comfortable or secure the kills needed to gain a bigger lead.

NiP let VP hang around in the game and they ended up paying the price. The late-game combo of Vladimir “No[o]ne” Minenko’s Sniper dealing upwards of 40,000 hero damage and some expert zoning by his teammates led to their downfall.

A 2-0 sweep was exactly how VP wanted to start their TI9 run, but in their second series against Royal Never Give Up, they got a nasty surprise.

Game one was a back-and-forth affair, but VP eventually managed to find a good way to slow down Du “Monet” Peng’s Morphling. It was another outstanding showing for RAMZES666 on Gyrocopter, dealing 32,217 damage and helping to secure his team’s third win.

After getting swept by Vici Gaming in their opening series, RNG needed to win the final game of the series or they risked going 0-4 on the day and sinking to the bottom of their group’s standings. Taking a page from VP’s book, they drafted Gyrocopter for their carry against VP and rolled from there.

It was an epic clash between RAMZES666 and Monet. Both of them were by far the most aggressive players on their respective teams and were catalysts in making the game as close as it was to start. But despite their carry’s continued stellar play, the rest of VP was outplayed by RNG.

The real difference-maker for the Chinese team was Zhang “LaNm” Zhicheng running Mirana in the shadows. He assisted on 16 kills and remained relatively untouched thanks to some expert maneuvering in and out of engagements with his opponents.

RNG pulled away in the second half of the game to even the series up 1-1 and claim their first win of the event. VP still managed to get a spot at the top of their group despite this loss, finishing the day 3-1.

Both teams will play twice on the second day of The International 2019, with VP kicking things off with a showdown against Vici at 8pm CT.