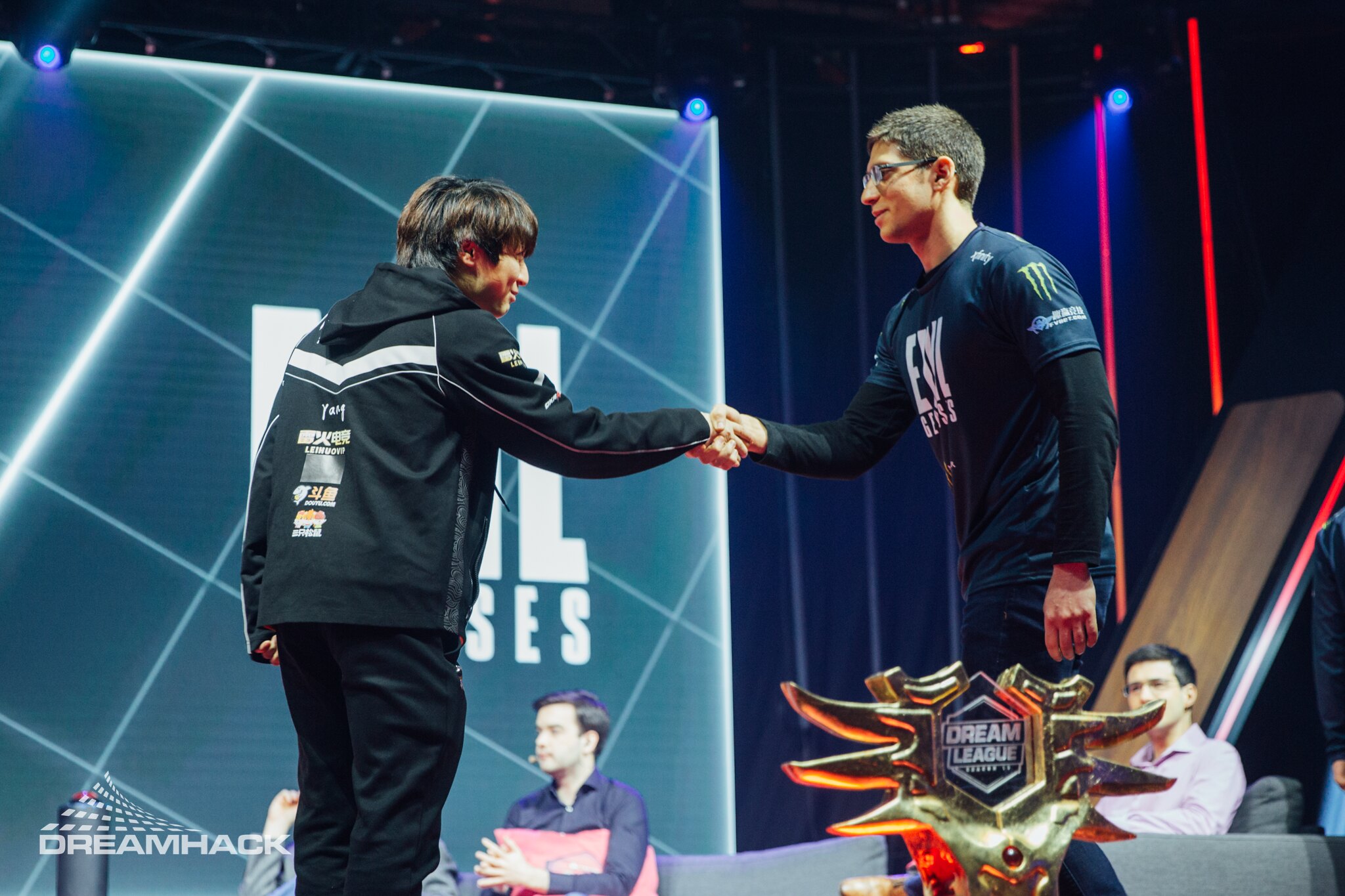 Vici Gaming are sitting pretty in the Dota Pro Circuit rankings in second place with 5,100 points, which means the organization is almost guaranteed a spot at The International 2020. That could be part of the reason why the team has decided to skip the ESL One Los Angeles Major.

This information comes directly from the ESL One invites page for the event’s qualifier where VG aren’t listed in the Chinese section despite ranking higher than any other team from that region. This means the team turned down a spot in the closed qualifiers and will be sitting out the next round of Valve-sponsored tournaments.

After finishing second and third in the last two Major tournaments, VG are clearly in a strong position moving forward, which has led to the team following through on coach Bai “rOtK” Fan’s comments and taking the next two months off from DPC competition.

In an interview with Chinese statistics website MAX+ from December right after the team won the ONE Esports Dota 2 World Pro Invitational, rOtK said that the team was considering skipping the third Major to both rest and train. It might also have a little bit to do with the difficulty the team has had getting travel visas for Zhou “Yang” Haiyang.

“To some lengths, it is because the third Major is run in the United States and Yang’s Visa has already been rejected six or seven times, that is an issue everyone is considering,” rOtk said. “On the other hand, we also need to rest, and we cannot participate in every high-intensity competition.”

The veteran coach also revealed that the team’s plan for the season is less about winning more Majors than last year, but rather making sure the players are all improving constantly.

“Our goal this season is not to win many championships,” rOtk said. “The most important thing for us is to make effective adjustments to our mindset and to learn from tournaments and make progress. We have a new talent on our team, (Xiong “Pyw”‘ Jiahan.) Although Pyw has also participated in TI before, he is still a newcomer and has less competition experience. I hope to cultivate him this year, and help him reach his potential.”

This withdrawal has nothing to do with the coronavirus outbreak outside of other potential visa or travel concerns that coming to the U.S. from China would bring about, especially since four of the team’s players are from the Hubei Province, where the sickness is rampant. VG has yet to make a statement on the decision, but all of those factors seem to have led to the team passing on ESL One LA.

With one of the top three teams in the world bowing out, the doors have opened for another Chinese team. This also removes a huge obstacle for teams who struggled against VG in previous events. This doesn’t mean that the overall competition for the event has lessened, however, due to the potential return of OG.

VG could still compete in non-DPC events throughout the two-month span of the next DPC tournaments. But depending on how travel bans and other situations play out, it’s more likely that the team will remain in Shanghai and practice on their own.