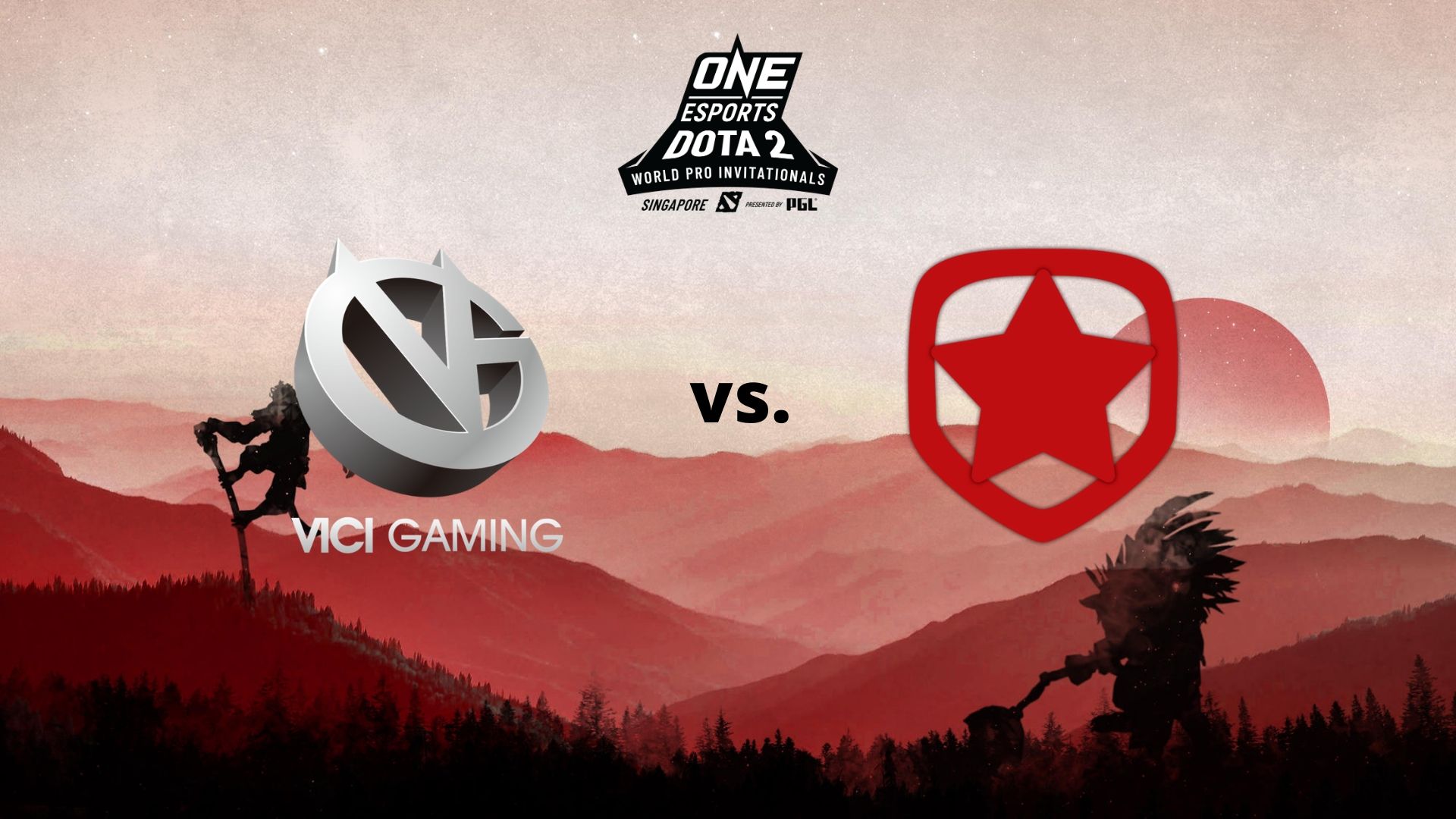 Chinese juggernauts Vici Gaming gave no quarter against Gambit Esports at the ONE Esports World Pro Invitational Singapore, winning 2-0. VG refused to let Gambit eke out an advantage for two games straight and will enter the grand finals of the event in fine form.

The first game was a Zhang “Eurus” Chengjun show. Playing on his signature Leshrac, Eurus dominated the laning stage from the get-go, turning his advantage into a terrorizing force on the map. Leshrac’s early game capabilities were showcased brilliantly and Eurus gift-wrapped the first game for VG.

Game two was do-or-die for Gambit and they pulled out all the stops, putting Danil “gpk” Skutin on an aggressive Puck, a hero which has been first phase pick-ban material. VG responded with a Night Stalker offlane pick, a hero that has received several nerfs after its recent renaissance in the pro scene, and a mid Kunkka to secure their teamfight.

The Night Stalker pick proved to be a masterstroke. Despite a poor laning phase, Zhou “Yang” Haiyang shone on the hero. Yang initiated fights masterfully with his vision advantage and AoE silence, preventing Gambit’s cores from executing their game plan freely. Gambit did not give up, even picking up a Divine Rapier on gpk, but could not stand up to VG’s overwhelming tankiness.

Even when Gambit were not doing well, their two young core recruits, Kiyalbek “dream`” Tayirov and gpk, have proved excellent even under immense pressure. Gambit, despite being relatively new to the Dota 2 scene, has seen their fair share of players with poor mental fortitude. It’s refreshing to see such young players perform so well even in the direst of situations, which was on display throughout the series.

There are a lot of positives Gambit can take away from their run at the event, including $60,000 in prize money. They haven’t managed to attend a Major this season just yet, but it would be difficult to bet against them next time after seeing their prowess at the World Pro Invitational.

VG move to on a best-of-five series with Evil Geniuses. EG have looked a cut above the rest, losing only one game in the entire event so far. VG will look to avoid second place twice in a row, while EG will want to prove that their trophyless season last year was a one-off incident.